Asia was the setting last month for two completely different missile tests. North Korea‘s, on April 13, was a total failure yet drew strong condemnation in the region, around the world and by the United Nations. The fear now is that North Korea could cover its embarrassment by doing another nuclear test, and indeed on May 17 it was reported to have resumed building another nuclear reactor that could be used to enlarge its weapons program.

India‘s test of an intermediate-range ballistic missile on April 16 was fully successful and puts Beijing, Shanghai and parts of Europe in range of Indian nukes. Hailed by most Indian analysts as a game-changer, the Agni-V was dubbed the “China killer” by the more excitable commentators.

Washington urged all nuclear-capable states to “exercise restraint,” praised India’s “solid nonproliferation record” and noted its “very strong strategic and security partnership.” NATO said India was not a threat. Only China’s media delivered a rebuke, albeit a gentle one that reminded Indians of China’s nuclear superiority.

A major collateral benefit for India is the growing world recognition that the prime impetus behind its nuclear policy is China. The range, mobility and “MIRVability” —  many warheads mounted on a single missile aimed at different targets — of the Agni-V guarantees a survivable, second-strike retaliatory ability even if India is hit by a surprise nuclear attack and gives credence to its no-first-use policy.

Significantly, just before the launching, the Indian Navy commissioned a nuclear-powered attack submarine, called the Chakra, and began trials of the nuclear-powered Arihant.

India also bolstered its claims to join the global nonproliferation regimes like the Nuclear Suppliers Group, the Missile Technology Control Regime, the Australia Group and the Wassenaar Arrangement. But other countries resist India’s joining  because it is not party to the Nonproliferation  Treaty and still refuses to sign and ratify the Comprehensive Test Ban Treaty. Increasingly, however, the effectiveness of the control regimes will be diluted without India’s membership.

The different reactions to the missile launchings by North Korea and by India indicate that the world is at last confronting long-suppressed contradictions in the assumptions about global nuclear threats. The Nonproliferation Treaty contains a three-way bargain that privileges the interests of the nuclear “haves” who drafted and negotiated the pact. The nonnuclear countries were allowed access to technology and material to harness nuclear energy for civilian and development use, if they foreswore any plans to get the bomb. The nuclear “haves” promised to give up their own nuclear weapons “eventually,” they contend.

The nonproliferation requirement to civilian and development purposes was precise, legally binding, verifiable by the UN’s International Atomic Energy Agency and enforceable by the UN Security Council (where the permanent-five members, Britain, China, France, Russia and the United States, are nuclear “haves”). The disarmament promise, however, was vague, voluntary, not subject to verification and unenforceable. The imbalance has grown worse over the decades as the treaty has been subverted from a prohibition into a nonproliferation regime.

The treaty’s assumption is that the destructiveness of nuclear weapons makes them uniquely evil and that they should be banned for everyone. Those who had them were given time to transit out of their national security’s dependence on the bomb. Those who did not have them were banned from ever getting them.

The public rhetoric is not matched by private concerns. When pressed away from the cameras, no one claims that 100 to 300 bombs in British and French hands is a serious threat to others. In North Korean and Iranian hands, they would cause grave anxiety to the rest of the region. Reflecting Arab and non-Arab and Shiite-Sunni sectarian divisions, Middle Eastern countries are more acutely worried by a possible Iranian bomb than an actual Israeli bomb. India’s bomb does not cause the same international migraine as Pakistan’s.

The worry is that regimes that are treated harshly may resent the perceived double standards and intensify efforts to strengthen nuclear weapons programs they may have going. The bottom line is that the logic of nuclear nonproliferation and disarmament are essentially the same. The possession of nuclear weapons by some is the biggest stimulus to their proliferation to others. If they did not exist, they could not proliferate. Because they do, they will.

The challenge is not about nuclear abolition per se, but about how and when it should occur, so that we do not tip into fatal nuclear, or conventional major-power, wars.  The related challenge is to ensure that around 30 countries that take shelter under the nuclear umbrella do not feel so alarmed at the prospect of nuclear disarmament by their protectors that they get the bomb themselves.

Neither instant nuclear disarmament nor one postponed to a forever-distant date will work. Rather, a carefully choreographed movement from 20,000 nuclear warheads around the world today to global zero within a realistic time frame is possible. As Russia and the US possess more than 90 percent of the existing arsenal, the onus is on them to lead the way.

On May 16, Gen. James Cartwright, the former chief of the US Strategic Command, dropped a bombshell by arguing that the US and, by implication, Russia, could cut its deployed strategic warheads by two-thirds, to 450, and its reserve warheads by nearly 90 percent to 450 as well. This action could be done over the next decade while the US still meets its national security requirements for itself and its allies.

That is the kind of dramatic leadership we need now.

Counting the Nuclear Weapons of US and Russia

Ramesh Thakur is the director of the Center for Nuclear Nonproliferation and Disarmament at Australia National University in Canberra and a professor of international relations in the Asia-Pacific College of Diplomacy. He was vice rector and senior vice rector of United Nations University (and assistant secretary-general of the UN) from 1998–2007. Educated in India and Canada, he was also a professor of international relations at the University of Otago in New Zealand and professor and head of the Peace Research Center at the Australian National University, while also advising the Australian and New Zealand governments on arms control, disarmament and international security issues.
In addition, Thakur was a principal author of the Responsibility to Protect doctrine and a senior adviser on reforms and principal writer of the UN secretary-general’s second reform report (2002). He has written or edited more than 40 books, 400 articles and book chapters. His most recent book is “The Responsibility to Protect: Norms, Laws and the Use of Force in International Politics” (London: Routledge, 2011). 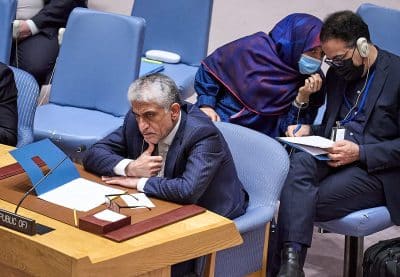 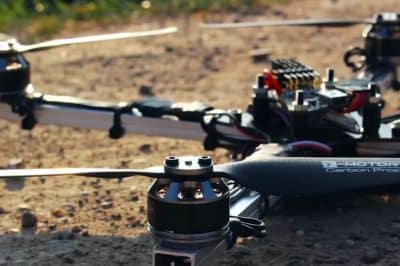 In the Middle of the Pandemic, Nuclear-Weapons Spending Shot Up, a New Report Says