Schools Fail the Youngest Where Population Grows the Fastest

Optimists in many developing countries are convinced that their expanding youth populations will be engines of economic growth in coming decades. They call this the “demographic dividend.” Social scientists and demographers in those same nations, however, are usually more wary of the future, as they focus on how those children, on whom so much hope rests, are being educated for the tasks ahead.

Achieving universal primary education is Millennium Development Goal 2. United Nations figures show that progress toward that goal has actually slowed in recent years, “dimming prospects for reaching the MDG target,” according to the Millennium Development Goals Report 2011. In half of the least-developed nations, two of every five children drop out before reaching the last grade of primary school.

Inevitably, the two regions of the world that trouble their own experts most are sub-Saharan Africa and South Asia. How young people grow up in these regions has global implications. In barely more than a decade, India will be the world’s most populous nation, overtaking China, and Saharan Africa, with the world’s highest average fertility rates, will have the fastest-growing regional populations in this century, says the UN Population Division. Both areas are experiencing economic setbacks after years of positive growth.

Unesco, the UN’s hub for research in education, has just released survey results quantifying for the first time the state of primary education in sub-Saharan Africa, an essential factor in preparing African children for the world to come. How the youngest children are taught should be the basic building block of future training and preparation for tomorrow’s economic challenges. Primary schools can also teach more than literacy and numeracy, adding basic health and nutrition lessons to traditional classroom work, a benefit to families and society.

The Unesco survey’s findings are grim. The sub-Saharan region must find more than two million teachers to meet the needs of the youth population.  Books are in short supply, often forcing a dozen or more children to share a single math text, for example.

In richer industrial nations, people worry about declining birthrates and what negative effects they may have on economic growth. But these concerns pale against the fears in more than a few large developing nations that natural resources will be strained beyond repair while the means of producing more food, expanding health care, supporting local innovation and securing energy to meet the needs of stressed agriculture and nascent industry will fall short of demands. The survey of sub-Saharan Africa, done by Unesco’s Institute for Statistics, found that the number of children in a classroom is more than double the equivalent pupils in Organization of Economic Cooperation and Development countries – the richer world. In most cases, classes have two grades to a room, the survey found, “but in Cape Verde, Chad, Congo, Guinea, Madagascar, Mali and Niger, classes are reported to cover three or more grades,” it added. In Chad, the report said, first-year classes held an average of 85 students.

The scene is often reminiscent of the one-room schoolhouses of the rural United States a century or more ago, though most of those schools, which still dot the landscape in many places, were built of solid brick or sturdy wooden walls. Many sub-Saharan African primary schools in this  century, some no more than flimsy outdoor sheds or spaces in the open air “have limited, or no, access to basic services such as drinking water, toilets and electricity,” Unesco said.

Traveling in Liberia, Uganda and Nigeria in the last two years, I was told by local officials and concerned citizens that the lack of safe, separate and clean toilets for girls was preventing large numbers of them from attending school. The Unesco survey found that in five countries – Chad, Ivory Coast, Equatorial Guinea, Madagascar and Niger – at least 60 percent of schools had no toilets at all. Health as well as dignity suffer for both boys and girls.

The situation can be fairly easily improved, when governments or local authorities have the will to invest in what are relatively small projects. In Mauritius and Rwanda, Unesco noted, most schools were well equipped with separate-sex toilets. In a community named Soul Clinic, near Monrovia, the Liberian capital, I saw how a private Liberian-American philanthropist, Lucy Page, had built (with some UN help) a marvelous model sanitation complex at the edge of a schoolyard, complete with separate toilets, showers, a septic system and signs warning that sexual misbehavior would not be tolerated.

The survey of primary schools follows an October 2011 Unesco report on secondary education that found there were only enough seats for 36 percent of children who want to continue their schooling beyond the primary level in sub-Saharan Africa. Globally, an estimated 100 million children are entering secondary school age every year, leaving 21.6 million African children excluded from moving up from primary school. Secondary education for girls also figures in Millennium Goal 3, promoting gender equality and empowering women.

When the secondary education report was published last year, Irina Bokova, the agency’s director-general, brought the focus back to economic conditions and future hopes. “There can be no escape from poverty without a vast expansion of secondary education,” she said. “This is a minimum entitlement for equipping youth with the knowledge and skills they need to secure decent livelihoods in today’s globalized world. An educated population is a country’s greatest wealth.”

This article is the fifth in a series assessing the status of the Millennium Development Goals.

Schools Fail the Youngest Where Population Grows the Fastest 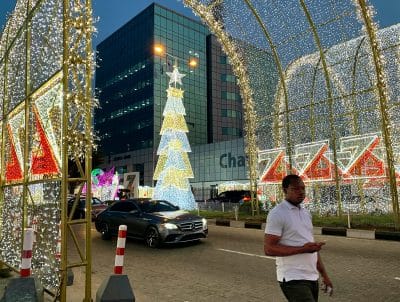 WORLDVIEWS
How Russia Is Destroying the Identity of Ukrainian Children
WOMEN AS CHANGEMAKERS
From a Paid Internship to a Nobel Peace Prize: The Amazing Journey of Beatrice Fihn
Three Stark Choices Proposed for the Future of UN Peacekeeping in Mali
THIS WEEK @UN
Trending UN News: Week Ending Jan. 20
Ukraine Drops Its ‘Peace Formula Summit’ Plan to Be Held at the UN in February

Her name is Emine Dzhaparova, not "Dzheppar". That she is…