A Top Libyan Visits The Hague to Discuss Detainees

The International Criminal Court has announced that Libya’s attorney general, Abdelaziz al-Hassadi, and other top Libyans have visited its headquarters in The Hague, saying that Hassadi brought information on the status of the four court staff members imprisoned by militias in Zintan, Libya.

The court did not release further news on the detainees, who have been held since June 7 by Libyan militias, but it said that it “takes very seriously the information reported by Libyan authorities in relation to the ICC staff members’ visit.” It also said that “the ICC fully understands the importance of the matter for the Libyan authorities and the people of Libya.”

The court employees imprisoned in Zintan are Alexander Khodakov, a Russian external relations and cooperation senior adviser for the court’s registry; Esteban Peralta Losilla, from Spain and chief of the counsel support section; Helene Assaf, a Lebanese court translator; and Melinda Taylor, an Australian lawyer.

The Guardian in Britain reported yesterday that the Libyan prime minister, Abdurrahim el-Keib, said that Taylor was guilty of actions that ”compromised national security” and would not be released.

The staff members were on an official court visit from the ICC registry to meet Seif al-Islam el-Qaddafi, the son of Col. Muammar el-Qaddafi, the former leader of Libya, to notify him of his legal rights. He is being held in Zintan, while the international court itself has charged him with crimes against humanity. The United Nations Security Council referred the situation in Libya to the court in February 2011.

The militias in Zintan had suspected Taylor of passing secret notes to Qaddafi during the meeting with him, and on June 7, they detained her and the others by putting them under house arrest and then moving them into a prison.

This week, however, the Australian foreign minister, Bob Carr, told the media after he met Libyan officials in Tripoli, the capital, that the court employees could be freed if the court apologized to Libyan authorities for its “inadequate consultation on protocol and procedures.”

The court statement released today seems to address these matters, saying “the Court attaches great importance to the principle that its staff members, when carrying out their functions, should also respect national laws.” It adds that “the information reported by the Libyan authorities will be fully investigated in accordance with ICC procedures following the return of the four staff members.”

“The ICC deeply regrets any events that may have given rise to concerns on the part of the Libyan authorities,” it continues. “In carrying out its functions, the Court has no intention of doing anything that would undermine the national security of Libya.”

The employees’ detention coincided with the swearing in of Fatou Bensouda on June 15 as the court’s new chief prosecutor, the second one in its 10-year history.

Bensouda, a 51-year-old Gambian, was deputy prosecutor before being elected in December to a nine-year term as chief. She replaces Luis Moreno-Ocampo, a controversial but dogged Argentine, as the court copes with the detainees and the Qaddafi case. Libyan officials say they want to try Qaddafi themselves rather than hand him over to The Hague. Qaddafi is accused of murder and persecution allegedly committed during February 2011, at the height of the Libyan revolt. He has been held in Zintan since November with apparently no legal representation.

“Where the detentions pose a challenge for Fatou is that they raise very real questions about the willingness or ability of the Libyan authorities to provide a fair trial for Saif Ghaddafi, which means that Fatou may have to revisit the willingness of her predecessor to defer to the Libyan [government’s] desire to try Saif itself,” Nick Grono, deputy president of the International Crisis Group, wrote in an e-mail to PassBlue on June 21.

The detention is an “example of the complicated situations the Court faces,” Tiina Intelmann, the president of the Assembly of States Parties to the Rome Statue (the governing treaty of the court), said in a statement as well.

Soon after the detention, the court issued press releases saying that ambassadors from Australia, Lebanon, Russia and Spain who met with the employees in Zintan found them “in good health and well treated.” But the court added that it hoped the people would be freed “with no delay.”

Bensouda’s new role in the court, which is the first permanent judicial institution to try atrocity crimes, also comes as it has faced criticism for trying only Africans so far. But a spokesman said that though the current caseload all centers on “situations” on the continent, investigations are also ensuing in Afghanistan, Colombia, Georgia, Honduras and South Korea.

Bensouda’s election was won on merit as well as to offer a chance to blunt the criticisms on Africa, since she hails from an African country. The hope, one ambassador said at a conference in New York last week, is that Bensouda will foster a more constructive dialogue with African leaders, like helping to hand over Omar Hassan al-Bashir, the president of Sudan who is wanted by the court for genocide in Darfur.

The African Union has not honored the arrest warrant, but Joyce Banda, the new president of Malawi, has spoken boldly, saying she would ban Bashir from her country when the African Union was to hold its regional summit there in July. It will now hold the event in Addis Ababa, Ethiopia.

The court has finished one trial, that of Thomas Lubanga, who was convicted in March of enlisting and conscripting children under the age of 15 in the Democratic Republic of Congo. The prosecution has asked for a 30-year prison term as his sentencing is imminent.

Though the United States is not a member of the court, other countries continue to join its ranks of 121 members. The latest may be Bolivia. On June 12, President Evo Morales visited The Hague for a second time in six years. He said on his June visit that he needed technical help in creating a new judiciary system in his country as he continues to democratize.

He officially left his job on June 13 with grand plans. He would like to contribute to educating children on “peace and justice,” an ICC spokeswoman told PassBlue, adding that “education is key to preventing future genocides.” For instance, he wants to work with children who have had no schooling, such as those in Ituri Province in Congo or in northern Uganda, where Joseph Kony, the notorious warlord wanted by the court, began his child recruitment decades ago.

Moreno-Ocampo is also going to work pro bono, the spokeswoman said, on the German government’s efforts to create a Nuremberg academy in that city. One media source said he may work on reform and ethics at FIFA, or the Fédération Internationale de Football Association.

Or he may teach at Harvard Law School. A spokeswoman for the school said that Moreno-Ocampo “is not on our roster at this time to teach a course at HLS,” but that “our faculty members frequently invite guests to speak to their classes, and Mr. Moreno-Ocampo has done this in the past.”

The International Court Names the Officials Being Held in Libya 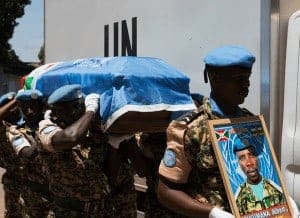 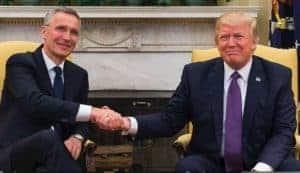 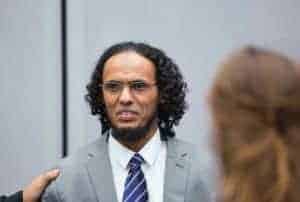 Checking on the Health of the International Criminal Court 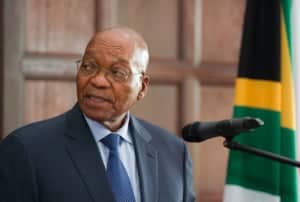 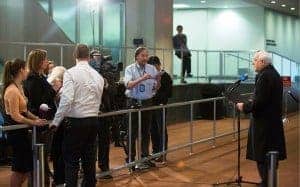 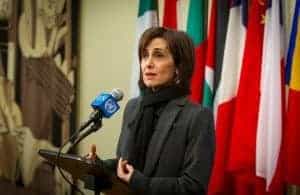