With only three years left to reach an ambitious global deadline, tracking the eight Millennium Development Goals often seems like going around in circles. Perhaps no goal is better evidence of this than Goal 3: promote gender equality and empower women. So often does the empowerment of women, in one way or another, figure in the achievement or failure of any measure of development progress that almost the entire list of goals could be folded into this single central hope.

The sole target of Goal 3 seems modest: “Eliminate gender disparity in primary and secondary education, preferably by 2005, and in all levels of education no later than 2015.” Four indicators are used to calculate the goal’s success: the ratio of girls to boys in primary, secondary and tertiary education; the ratio of literate women to men; the share of women in wage employment in nonagricultural work; and the proportion of seats held by women in national parliaments. Unesco is charged with tracking the first two indicators, the International Labor Organization the third and the Inter-Parliamentary Union the fourth.

Where, women everywhere might ask, are the measures that would free women of gender-specific repressive or discriminatory laws? UN Women has been pressing this issue since the agency’s inception two years ago. Where are the calls, however carefully and sensitively framed, to act against cultural practices most harmful to girls and women? The Elders, an outside group of women and men formerly in high governmental or international leadership positions (helped by the New York-based global women’s rights group Equality Now), has most publicly taken on the issue of child brides, a catastrophic body blow to the lives of millions of girls.

So given what we have, how is the world doing at empowering women?

The just released 2012 Millennium Development Goals Report from the UN, which tracks gender parity at primary, secondary and higher education levels, shows developing nations close to parity in meeting the target of girls to boys in primary school enrollment, with 96 girls to every 100 boys enrolled. Success is mixed at the secondary level, with an average of 95 girls for 100 boys but lagging most in at least four regions at tertiary level.

“Access to university–level education remains highly unequal, especially in sub-Saharan Africa and Southern Asia,” the report said. “In these regions, only 67 and 76 girls per 100 boys, respectively, are enrolled in tertiary education. Completion rates also tend to be lower among women than men.”

But in some regions, women outnumber men in higher education: in Caucasus/Central Asia, East Asia, Southeast Asia, Latin America and the Caribbean and North Africa, according to the 2012 UN report. In the most developed countries, women also outnumber men at university level. Most figures cited in monitoring education goals at any level, however, are based on enrollment, and advocates of better educational access for girls have been saying for decades that enrollment is not the same measure as attendance. Certainly at primary and secondary level, actually going to school and having teachers show up is crucial — and are directly linked to literacy figures not only for girls but also for many boys.

Still, it can probably be assumed that regions where enrollment is highest (or closest to parity for girls in, say, secondary education or higher education) would also fare well on attendance measurements. The regions doing best in parity at secondary level, according to the 2012 report, are the Caucasus and Central Asia and North Africa. In East Asia, Southeast Asia, Latin America and the Caribbean, girls have surpassed boys in secondary school participation.

The regions falling behind at secondary level are Oceania, South Asia (dominated by India and Pakistan), sub-Saharan Africa and Western Asia (much of the Middle East). Unesco has a comprehensive atlas of secondary schooling worldwide, titled Enrollment and Gender Trends: Secondary Education.

Educated or not, women still find it harder to get jobs — especially higher-wage jobs – outside the agricultural sector of the economy. “Even where women represent a large share of wage workers, they are not on an equal footing with men,” the report found. In numerous countries, women not in agriculture are doing “informal” jobs that do not pay well, regularly or with any financial security.

That leaves the monitoring of the presence of women in national parliaments to consider in Goal 3. By this gauge, only Latin America and the Caribbean have reached the standards of most of the richer countries, but other regions are catching up. Sub-Saharan Africa has made a large jump, to 20 percent from 13 percent of seats held by women, mainly through quotas and reserved seats, the report said.

Big questions remain in this area of progress. Do quotas really show the advance of women politically or do they simply reflect existing political parties and movements who nominate women to keep a hold on their numerical power? Have women new to parliaments entered and succeeded on their own terms? Who keeps them in the spotlight or doesn’t?

The UN’s 2011 report on the Millennium Goals made this observation: “In 2010 many women contenders for public office suffered from a shortage of both media coverage and public appearances. Well trained and financed women candidates, and political will at the highest levels of political parties and governments, are paramount for overcoming gender imbalances in the world’s parliaments.”

In many countries and societies, girls are not primed for politics, or they are not taught that political life is an important field and valid career goal. It all starts in school.

This article is the sixth in a series assessing the status of the Millennium Development Goals. 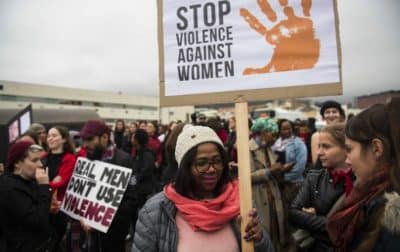 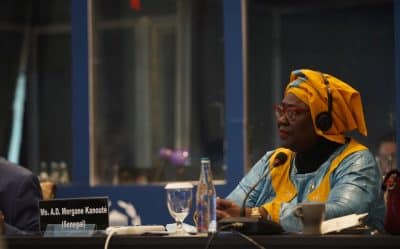