Iran’s nuclear crisis has been dragging on for a decade, so it sure would be great if someone in the know finally laid out the definitive plan for resolving the dispute and ending Tehran’s international isolation.

In “The Iranian Nuclear Crisis: A Memoir,” a veteran Iranian diplomat, Seyed Hossein Mousavian, modestly puts himself forward as that person. He helped lead Tehran’s nuclear negotiations from 2003 to 2005 but is now living in the United States as a scholar at Princeton University. He arrived in New Jersey after a mortifying arrest on spying charges in 2007 in Iran and 10 days of interrogation in the dreaded Evin Prison there, when he apparently did something to get on President Mahmoud Ahmadinejad‘s wrong side.

Mousavian’s lengthy and deeply detailed memoir — more than 600 pages, including footnotes — is the first account by an Iranian of the drawn-out diplomatic confrontation over Iran’s nuclear aspirations, which began in 2002. The dispute started with inquiries by the United Nations’ International Atomic Energy Agency after news first leaked from secret Iranian preparations to become a nuclear power. It soon escalated into one of the world’s top international standoffs, generating endless rounds of talks and a wave of Security Council resolutions dripping with sanctions and ultimatums.

In the months to come, it could lead to a Middle East war, a continued diplomatic standoff or — we can still dream — a negotiated settlement accompanied by a “grand bargain” with the West that could normalize Iran’s relations with the international community after a lengthy estrangement that began with its 1979 Islamic revolution.

Not that Tehran has ever sought to have the bomb, Mousavian insists. The crisis, in his view, has been kept alive by an endless succession of misunderstandings, misreadings and missteps. The Supreme Leader Ayatollah Ali Khameini has declared that nuclear weapons are against Islam and Iran has no interest in them, Mousavian maintains. All Tehran wants is to exercise its internationally protected right to a peaceful nuclear program, which would only include such pursuits as electrical generation, nuclear medicine and some research.

On the other hand, Mousavian acknowledges that Khameini and the Iranians who were actually in charge of the country’s nuclear program consistently kept their negotiating team in the dark about what was really going on in those secret bunker buildings, so he doesn’t actually know where Iran stands on the path to atomic arms.

While his team professed to vigorously pursue a nuclear deal, it put more and more centrifuges into service. Enrichment jumped to higher and higher levels. Weaponization schemes were apparently explored. Missiles were improved and tested.

As the talks strung out, constantly starting and stopping and jumping from one venue and group of negotiating “partners” to another, more and more fissile material was enriched. Over and over, embarrassing revelations leaked out, notably the existence of a secret enrichment facility built deep underground and hardened against bombings. Such disclosures “came as a surprise to us,” Mousavian says repeatedly.

“We often lacked information on technical details and developments in the nuclear program that were controlled beyond the negotiating team’s purview,” he explains. That fundamental reality repeatedly soured the process from the perspective of the International Atomic Energy Agency (IAEA) and the Security Council. But rather than criticize his superiors or even make excuses, Mousavian routinely dismisses this sort of event as just one more diplomatic challenge for his team to take on.

So, given that his superiors were keeping him out of the nuclear loop, why is he so sure that Iran is not working avidly on a bomb, under the cover of a peaceful program? “We were confident that none of the previous Iranian administrations since the revolution had pursued military nuclear activities,” he writes. “We trusted that the supreme leader’s fatwa banning the use or production of nuclear weapons [w]as ensuring this and hence we could confidently reject foreign claims that Iran was secretly pursuing nuclear weapons.”


Yet at other points in the book, Mousavian phrases things a bit differently. For instance: “I hold to the assessment that Iran has not made a decision to acquire a nuclear weapon — as distinguished from a nuclear weapon option.”

Mastering enrichment in accordance with the Nonproliferation Treaty “would practically enable a country to develop nuclear weapons if it decided to do so, though it is the firm policy of Iran not to go after the nuclear bomb,” he says at another point.

Yet during the decade of negotiations to date, Iran refused to renounce or really address evidence that it was eyeing weaponization. If Tehran is clinging to a “nuclear weapon option” and not yet assembling bombs only because it doesn’t have all the pieces lined up so far, how different is this from what Washington and Israel have been arguing all along?

From Mousavian’s perspective, the main obstacle to a negotiated settlement of the dispute till now appears to be the insistence of both the UN atomic energy agency and the Security Council on a suspension of Iran’s enrichment activities before other issues can be addressed. Any deal, he insists, must preserve Iran’s full rights to enrichment, a lifting of all sanctions and the removal of Iran’s nuclear dossier from the agendas of both UN bodies.

“Iran has a range of options, from enriching uranium for peaceful use, to using its nuclear-weapons potential as a bargaining chip, to actually developing nuclear weapons. There is no acceptable way for the West to eliminate these options,” he says, stressing in essence that the dispute will not be resolved until the rest of the world — and in particular the US — recognizes that Iran’s demands must be met.

And if they do not, there will be hell to pay, he adds. The US wars in Iraq and Afghanistan “were like a picnic compared to a war with Iran,” he warns. If Iran were to come under attack over its nuclear ambitions, its people would unite behind their government and Tehran would withdraw from the Nuclear Nonproliferation Treaty, kick out international nuclear inspectors, provoke Palestinian-Israeli mayhem, block oil shipments through the Strait of Hormuz and enlist Hezbollah and Hamas militants in attacks against US and Israeli interests around the world.

George Perkovich, vice president for studies at the Carnegie Endowment for International Peace, explains in a foreword that the endowment published the book in the belief that both sides in any international dispute must understand where the other side is coming from. “Understanding does not necessarily lead to reconciliation; often, understanding clarifies differences. This is likely to be the case with the present volume,” he sagely observes.

Tellingly, Mousavian divides the nuclear dispute into two eras — the period when his reformist political ally Mohammad Khatami was president and he himself was essentially in charge of the talks, and the era presided over by President Ahmadinejad, during which Mousavian lost his key nuclear role. While he was charged with espionage and imprisoned for 10 days of questioning, the spy allegations were dropped and he ended up with a two-year suspended jail sentence on lesser charges and a five-year ban on serving in Iran’s diplomatic corps. He left Iran for Princeton in 2009. As one might expect, he insists that the days in which he and his allies were in charge of the nuclear dossier were always headed in the right direction. But as soon as Ahmadinejad took over and opted for a new policy of resistance over diplomacy, everything went wrong. Interestingly, Ahmadinejad initially considered naming Mousavian his foreign minister, but Mousavian showed no tolerance for his bluster.

“President-elect Ahmadinejad and I discussed not only the nuclear issue but also the broader question of Iran’s relations with the West. We did not have a single point of agreement in our basic views,” he writes of a July 2005 job interview. “He told me in clear terms that he did not care about the IAEA, nor the possible referral of the nuclear file to the UN Security Council, nor possible UN sanctions, nor the positions of the international community toward Iran, nor about relations with Western countries.”


“I told him that we didn’t share a common understanding of the realities of the world and Iran’s foreign relations interests, and hence I could not be his foreign minister,” Mousavian said. That gives him the right to gloat for the next several hundred pages about the hash Ahmadinejad has made of the nuclear dispute.

But Mousavian does not totally write off Ahmadinejad’s efforts. When the new president wrote a long personal letter to George W. Bush, this was a significant initiative to break the taboo on direct talks with Washington, he argues. It was the first letter from an Iranian leader to a US president since the 1979 Islamic revolution. Alas, Mousavian laments, Washington failed to respond. (A personal note: I was among the first to report on the 18-page letter at the time as a correspondent in the Reuters UN Bureau and found it to be preachy and meandering. It contained no new proposals on the nuclear impasse and Ahmadinejad’s motive for writing it was not at all apparent.)

Mousavian cites numerous other missed opportunities on all sides of the prolonged negotiation, but perhaps the most tragic centers on President Obama, who entered the White House in 2009 reaching out to the Islamic world and pronouncing himself ready for direct talks with Iran.

By the end of his first term, Obama’s policy seemed more aimed at regime change in Tehran than a “grand bargain,” and direct talks seem an extremely remote possibility at this time. Presumably because of Ahmadinejad’s rigidity, the past few years have been marked not by diplomatic outreach but by the mysterious assassination of several top Iranian nuclear officials and a wave of cyberattacks that have shaken but not derailed Iran’s nuclear ambitions.

Nonetheless, Mousavian says, Tehran and Washington have worked hard at  rapprochement during the Obama and Ahmadinejad presidencies.

“By now both parties have learned their lessons. The West should have learned that Iran will not forgo its legitimate rights and Tehran has learned that the threats of referral [of the nuclear dossier to the Security Council] and sanctions were not a bluff. Now it is time for diplomacy,” he concludes.

But as the crisis nears what could be a point of no return in 2013, it seems hard to detect that either side has learned its lessons.

The Syrian War, Picked Apart by a Diplomat Who Knows

In the Mideast, Women’s Hopes Give Way to Harsh Realities

A Walk Between War and Peace for the UN Nuclear Agency

In a World of Messy Conflicts, Nuclear Controls Face a Review by Barbara Crossette   April 26, 2015 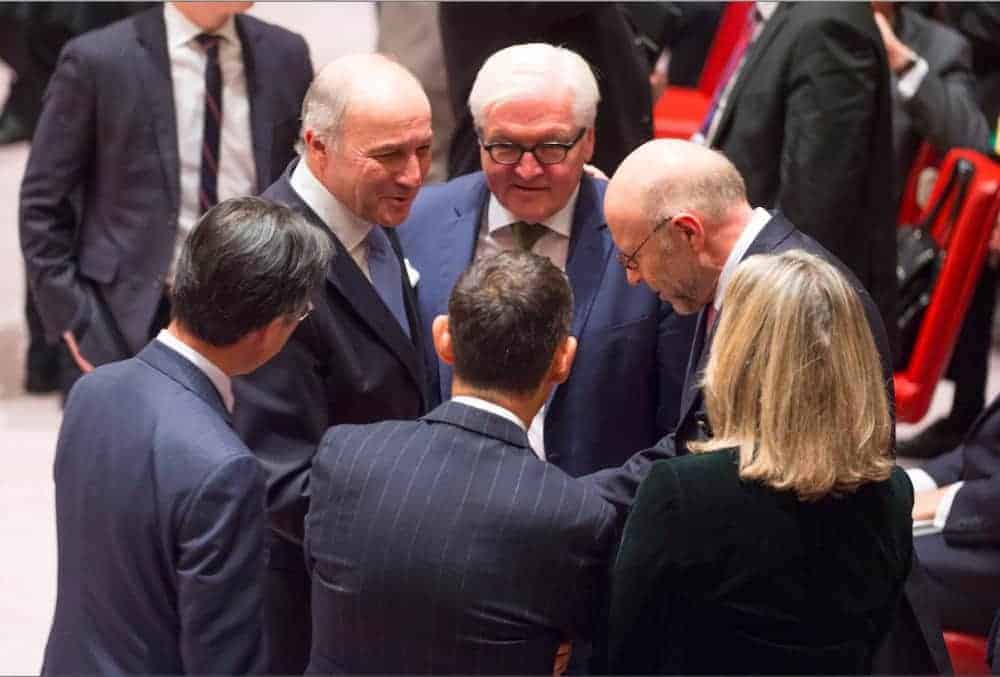 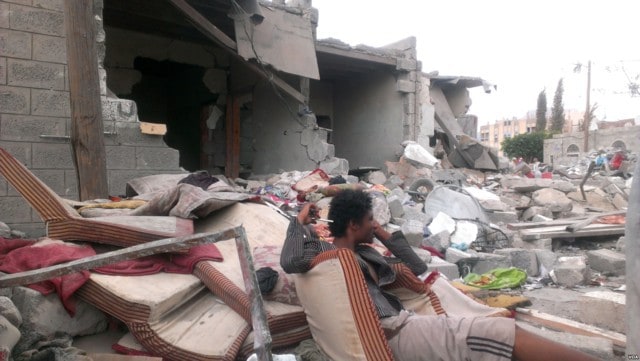 Top Sellers of Weapons to the Developing World in 2015? US and France by Julie Vanderperre   January 18, 2017 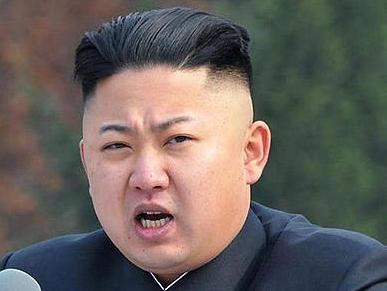 Iran’s ‘Grand Bargain’ With the West