When Burma won independence from Britain in 1948, it was a devastated country tormented by multiple crises. Geographical misfortune had placed this otherworldly Buddhist nation in the path of powerful armies in World War II as Japan battled Western allies for control of the strategically placed country. Its capital city, Rangoon, was heavily damaged; the old royal capital of Mandalay had been extensively destroyed by incendiary bombs. Oil wells and bridges had been taken out. Longstanding ethnic conflicts surfaced when peace returned, fracturing the nation from within.

Aung San, the hero of Burmese independence and the great hope for national unity and renewal, was dead, assassinated at the age of 32 at the behest of a rival, barely six months before the modern country’s
birth.

To read the full text of “Myanmar and Southeast Asia,” written by Barbara Crossette and published by the Foreign Policy Association in a new edition of Great Decisions, a guide to major global issues, click here.

For more information on the Great Decisions series, go to www.fpa.org/greatdecisions. 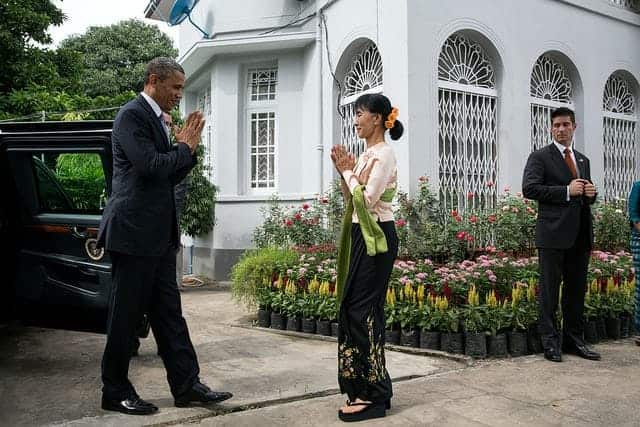