Working most of the time, far away from the attention of the world public, an international organization was recently in the limelight: the World Trade Organization. After lengthy negotiations on liberalization measures in world trade, which started in 2001 and dragged on because of considerable differences of opinion between the developed and the developing countries, the organization’s member states managed to find a compromise.

At a conference in Bali, they adopted in December 2013 a bundle of multilateral trade agreements, called the Bali Package — in the opinion of the World Trade Organization director-general, Roberto Azevêdo of Brazil, the most important progress in multilateral trade since the organization was created in 1994.

What is the task of this world body? And why does it conduct such drawn-out negotiations?

The history of international trade after World War II began with a provisional arrangement: having established the International Monetary Fund and the World Bank in 1944, the allied nations decided to complement the two global financial institutions with a comparable international institution for trade.

Yet the treaty for the International Trade Organization (WTO), agreed on at a United Nations conference in Havana in March 1948, setting out basic rules of international trade and aiming at the reduction of tariffs and other trade barriers, never entered into force. It was not ratified by the United States Senate, which considered the treaty to be not sufficiently in conformity with the principles of market economy.

To have at least a minimal organizational structure after the failure to establish an international trade organization, the states agreed to use a multilateral agreement on tariffs, the General Agreement on Tariffs and Trade, or GATT, agreed on in talks in Geneva in 1947, as a provisional substitute. They transformed the tariff agreement into a semi-institutionalized international trade regime.

This de facto organization became the forum for international cooperation on trade matters for a long time and was able to conduct several long rounds of negotiations on the reduction of tariffs. The rounds were named after its respective starting location or after politicians providing important input to the talks: the Annecy Round 1949, the Torquay Round 1951, the Geneva Round 1955-59, the Dillon Round 1960-62, the Kennedy Round 1962-67, the Tokyo Round 1973-79 and the Uruguay Round 1986-94. Each round led to further reductions of tariffs and thus improved the international trade to some extent, a remarkable success for a provisional institution.

Rather late — after more than 40 years of successful GATT work — the member states decided at the end of the Uruguay Round in 1994 to replace the provisional institution GATT with an institutional body, the World Trade Organization.

There were mainly two reasons for this change: first, the increasing number of member states — the Uruguay round, for example, was conducted by 123 member states; second, the economic crises due to the globalization effects since the late 1980s. Both facts required a differentiated organizational structure for adequate handling.

That is why GATT members adopted the Marrakesh Agreement in 1994, establishing the World Trade Organization. In legal terms it is not a specialized agency of the UN but an independent international body informally related to the UN system.


In 2001, the  World Trade Organization started the next series of trade negotiations, called the Doha Round, focused on improving the trading prospects of developing nations. The round turned out to be the most difficult of all: the developed nations were not willing to abolish subsidies on their agricultural export goods and demanded broader access to the markets of the developing countries for their industrial goods. The developing nations were not willing to abandon the protective measures for their agricultural products against imports from the developed states. Thus the Doha Round dragged on.

In this situation, a large majority of developing states feared a withdrawal of the economically powerful nations from the World Trade Organization negotiating table, which could have meant a shift of focus on bilateral and regional trade agreements, where the developing states would have been in a weaker position than in the WTO.

Therefore the majority of member states began to look in 2012 and 2013 for a compromise, and they found it at the Bali conference in December 2013. For many experts, this consensus saved the key role of the organization in world trade, which might have shifted to other negotiating institutions. So the Bali agreement was without doubt an important step for the WTO.

Yet a closer look at the Bali Package reveals that it is not a well-balanced deal: the developed countries, being still in a very strong economic and social position, did not promise to abolish their export subsidies and did not grant any concrete steps with regard to the market access of the developing states; instead, they offered lofty language of good will. The developing nations, on their side, agreed in a binding decision to refrain from further public stockpiling measures meant to secure food price stability, a demand brought forward by the industrialized states.

Because of  WTO rules, these price-stabilizing state interventions in the market are not allowed, yet they seem to be necessary to protect millions of poor people in developing countries against the price effects of crop failures and international speculation in foodstuff. The World Trade Organization will have to look for an effective humanitarian solution to this problem. It makes sense, of course, to promote international trade through institutions like the WTO, yet the world community should also find ways to protect people in need adequately. 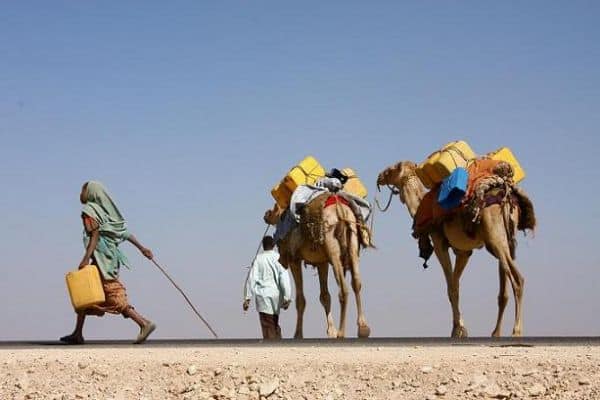 Horn of Africa: Recoveries Fail and Fail Again by A. Edward Elmendorf   May 7, 2012 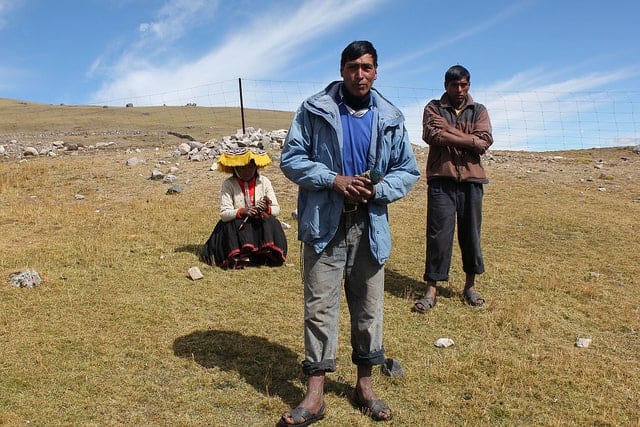 Fighting Corruption Can Be a Fatal Act by Frank Vogl   October 10, 2012

The World Trade Organization: Seeking a Fair Balance of Interests