In a direct challenge to Western control of two major international financial organizations, the five countries known as the BRICS — Brazil, Russia, India, China and South Africa — announced on July 15 the formation of a new development bank that they will control.

The final plans to establish the bank, to be named the New Development Bank, were agreed on in a meeting of the five nations in Fortaleza, Brazil. The new institution hopes to have a $50 billion capital fund raised by contributions from the five governments over the next seven years, plus a proposed $100 billion cash reserve to help countries through short-term financial crises.

The bank will be based in Shanghai (China is the world’s second-largest economy), with India in charge of operations for the first five years. India has been a leading borrower from the World Bank, and it will be interesting to see if that relationship changes. The new bank is expected to concentrate on building infrastructure and other basic necessities in developing countries. India has the largest list of needs, but it is understood that the new funds are intended for even poorer countries.

Narendra Modi, India’s new prime minister, echoed the opinion of his counterparts at the summit by saying that the Bretton Woods institutions — the World Bank and International Monetary Fund — founded near the end of World War II by richer nations to aid development globally and act as a lender of last resort to countries facing severe financial crises or bankruptcy, no longer served the developing world.

“Corrective action must begin with the reform of institutions of global governance,” Modi said in Fortaleza, according to a report in The Hindu, a leading Indian newspaper. “This has been on the BRICS agenda since its inception.” The five-nation group came together in 2009, after the global financial crisis for which, in their view, the United States and European nations were mainly to blame.

The rich countries hold a controlling share of power in bank decisions because they are the largest contributors. They also choose the presidents of the World Bank and the International Monetary Fund, who are always American or European. The current bank president is Jim Yong Kim, an American. The international fund is headed by Christine Lagarde of France.

The BRIC nations, to one degree or another, have often opposed the US and other Western nations in international institutions, including the United Nations and its related organizations, where India in particular has most often voted against steps proposed or supported by Washington. While there was no immediate response from the Obama administration to the establishment of the new financial institution, in recent years, high-ranking State Department officials have cast doubt on how much cohesion the five-nation group could sustain, since their economies — and levels of development — are different in many ways. For starters, a permanent operational staff will have to be recruited for the New Development Bank from among the five nations.

The World Bank, really a collection of institutions that lend money on favorable terms (with very low interest loans to the poorest nations) and supply expertise to governments, has 120 offices and more than 10,000 experts and operations staff worldwide. It has disbursed trillions of dollars over its 60-year existence.

Previously, Crossette was the UN bureau chief for The New York Times from 1994 to 2001 and before that its chief correspondent in Southeast Asia and South Asia. She is the author of "So Close to Heaven: The Vanishing Buddhist Kingdoms of the Himalayas," "The Great Hill Stations of Asia" and a Foreign Policy Association study, "India Changes Course," in the Foreign Policy Association's "Great Decisions 2015." 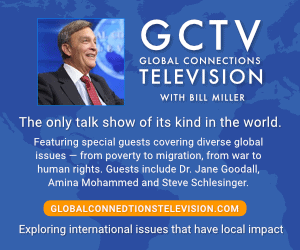