Alidoro is the sandwich shop of my dreams, and that’s a problem.

Other people seem to feel the same way. Drop by between 11:30 and 2:30 and you may get so hungry waiting in line to order your lunch you’ll be tempted to put in a call to Domino’s.

Situated on a nondescript stretch of East 39th between Madison and Fifth Avenues, Alidoro was not open more than 10 minutes before everyone in a two-mile radius started eating like an Italian: crusty bread, succulent meat, full-flavored cheeses, mouth-watering garnishes and pungent toppings.

So don’t give up. If you love Italian sandwiches, it will be worth the effort, even if it means cooling your heels in line or lunching at 3 p.m. Or you can have a late breakfast: how about the egg, porchetta and hot-pepper spread on a crispy roll with a macchiato?

The original Alidoro, in SoHo, is a legend. But sandwiches are made to order, one by one, and there’s no place to sit down. At the new Midtown East branch, a 13-minute walk from the United Nations, as the hungry diner flies, sandwiches are still made to order, but this branch has a more efficient system for ordering and paying as well as a bigger staff, so the line moves faster. Seating accommodates about 20 people — and there’s even a bathroom.

Alidoro’s strength is, no surprise, superb ingredients, deftly assembled. The meats, cheeses and garnishes are all top-notch, from the prosciutto and melt-in-your-mouth roasted red peppers to the peppery arugula and unctuous fresh mozzarella. At most delis, smoked chicken tastes like sawdust, but at Alidoro it is beautifully smoky and as silky as nova. You won’t find mushy tuna-mayo paste; here, the tuna is marinated in olive oil and laid out on the roll in big chunks, as it is served in Italy.

For a look at how the ingredients are gathered and the sandwiches made at Alidoro, check out this video, featuring master sandwich maker Walter Momentè, who runs the SoHo branch.

The sandwiches are pretty big, and you can’t order halves, so bring a partner. (Then order a salad, which is generous in itself; there are six on the menu at $12 each.) Or mentally prepare for a European-style meal with leisurely breaks between bites.

You might ask: Can I have it custom made? You can, as long as you confine your choices to those on the menu, although I discovered at least one unlisted option — a basil pesto sauce particularly popular with the staff.


But don’t worry, you will not feel deprived. Plenty of choices are built into the menu, including a startling seven types of sub roll, each admirable in its own way. By the time you’ve read the entire list, you’ll be too dazzled to contemplate a 39th sandwich choice.

I have yet to work my way to the bottom of the menu, but my favorites so far are the Il Soprano (described above), the Brando (smoked chicken breast, provolone cheese, sweet roasted peppers and arugula), the Daniela (tuna, fresh mozzarella, hot peppers and arugula) and the Pavarotti (salami, smoked mozzarella, sun-dried tomatoes, quartered artichoke hearts and roasted red peppers). Sandwiches run from $9.50 to $13.50, though an extra dollar is charged for five of the seven breads.

About those breads: each provides a different vision of the sandwich you’ve ordered. The white and whole wheat “Italian-style hero” roll is like the one you are most likely to get in a good Italian deli, with a soft interior and only slightly crusty exterior. The Sfilatino is for purists: its crust is so rough it’s a threat to the roof of your mouth, its interior so chewy that it will take all the strength in your arms and teeth to tear each bite into a chewable chunk.

The Stirato roll falls between the hero and Sfilatino in style. Another good choice is the Semolina, with a crust that is more chewy than crunchy. There’s also the flat, soft and white Tramezzino and the soft round Focaccia, made from a dough similar to pizza and seasoned with rosemary.

Alidoro opens at 7 a.m., offering a full range of coffee drinks, breakfast sandwiches and pastries. It’s a temple of serenity then, with its gleaming espresso machine, white marble counters and polished tile. 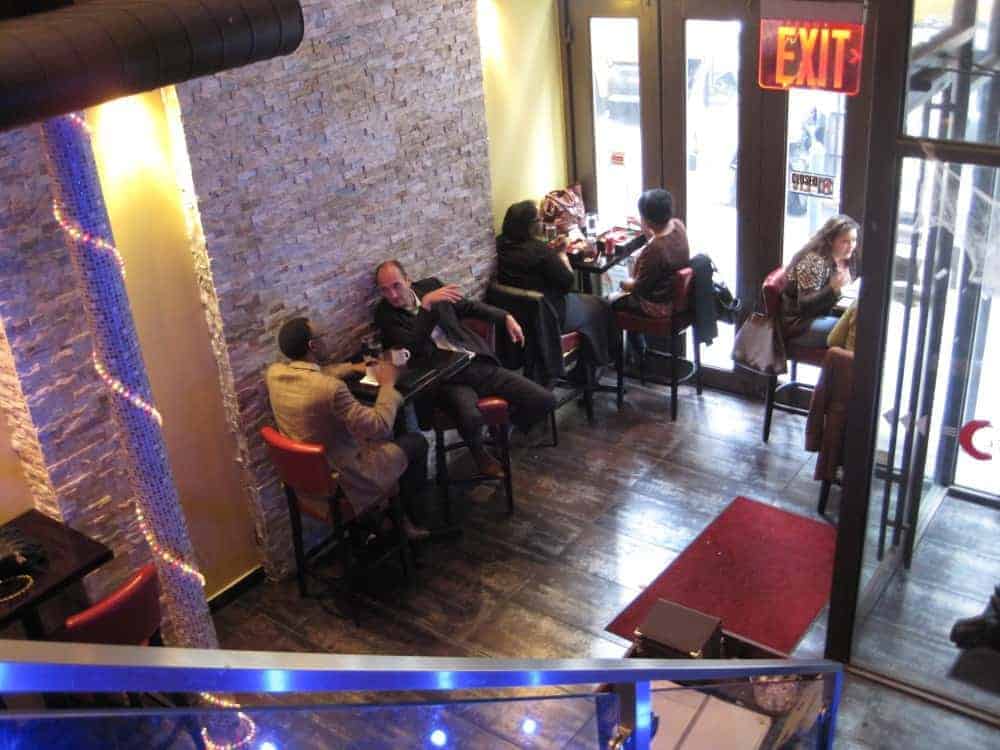 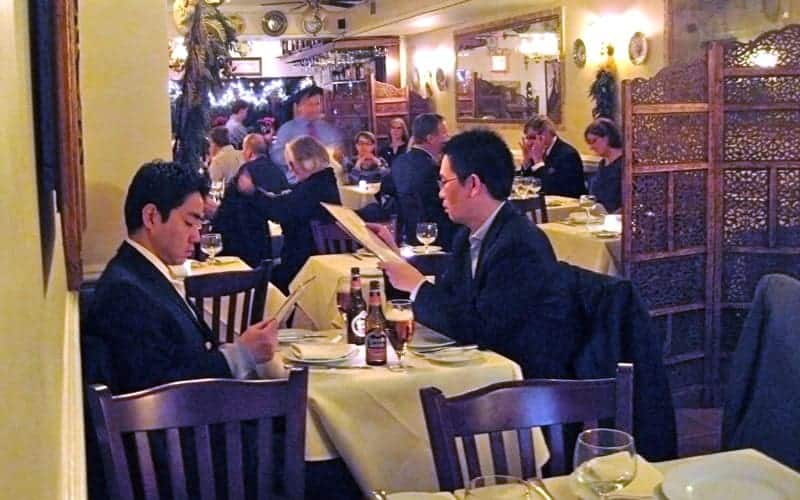 Past Haunts the Present at a Neighborhood Fixture by Irwin Arieff   January 8, 2013 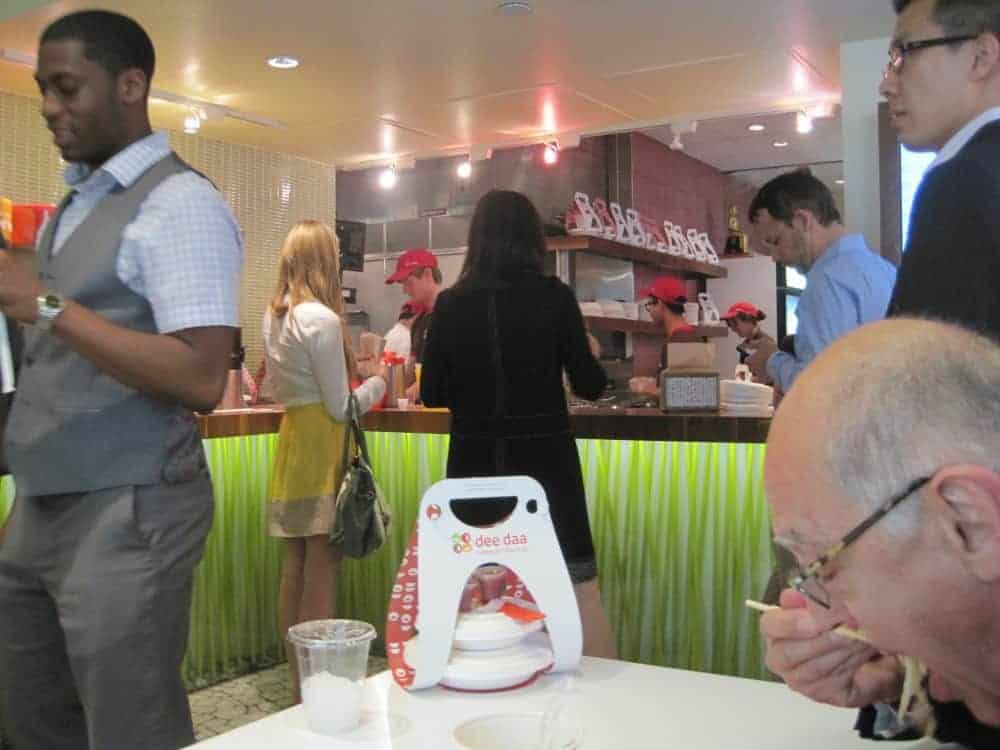 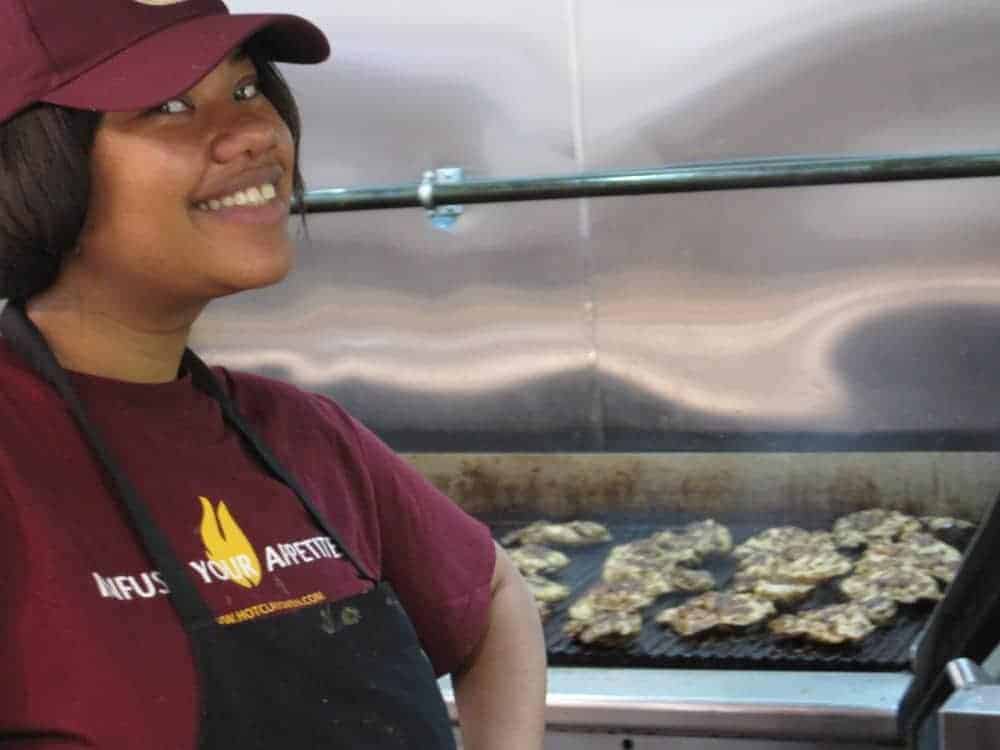