The Obama administration has made a further commitment to advancing universal human rights by appointing Randy Berry the first United States special envoy to promote the rights of lesbian, gay, bisexual and transgender people worldwide. The appointment comes as “the lives of LGBT people and those who support them are under increasing strain and often in danger in more countries globally,” US Secretary of State John Kerry said in a statement.

The campaign to appoint an envoy for LGBT rights has involved numerous human-rights organizations lobbying Kerry and the White House to make it happen as well as working with Congressional members to enact the legislature to create the position.

Berry is a diplomat and human-rights advocate with experience in Asia and Africa, where the rights of LGBT people “have met denial, violence and sometimes criminal prosecution,” Kerry said. Specifically, Berry has worked in Uganda, Egypt, South Africa, Nepal, Bangladesh and New Zealand. Most recently, he was the US consul general in the Netherlands since 2012.

“We looked far and wide to find the right American official for this important assignment,” Kerry added. “Too often, in too many countries, LGBT persons are threatened, jailed and prosecuted because of who they are or who they love. Too many governments have proposed or enacted laws that aim to curb freedom of expression, association, religion and peaceful protest. More than 75 countries still criminalize consensual same-sex activity.”

At least five of the 75 countries — Iran, Mauritania, Saudi Arabia, Sudan and Yemen — impose the death penalty for consensual same-sex relationships. The penalty can also be applied by religious courts in regions of Somalia and Nigeria.

Kerry called the protection of LGBT rights the core of the US commitment to advancing human rights globally, “and it’s why we’re working with governments, civil society and the private sector through the Global Equality Fund to support programs advancing the human rights of LGBT persons worldwide.”

Berry, who speaks Spanish and Arabic, was raised on a family cattle ranch in Custer County, Colo. He is a graduate of Bethany College in Lindsborg, Kan. Before joining the Foreign Service in 1993, Berry worked as an international training manager for America West Airlines in Phoenix. 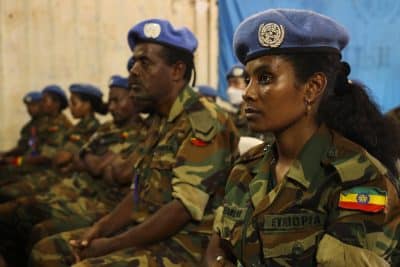 For the UN, the Russian Aviation Problem and Potential Money Losses Haven’t Gone Away