Saving Scholars Who Become Victimized in the Middle East

Khalid al-Asaad, an internationally recognized Syrian scholar of antiquities, was beheaded by ISIS on Aug. 18 for refusing to disclose the location of archeological treasures apparently removed for safekeeping from Palmyra, one of the Middle East’s most important archeological landmarks and a Unesco World Heritage Site in Syria.

This latest tragedy inflicted by ISIS highlights the dangers that many scholars throughout the world are contending with, particularly in the Middle East. These scholars must pursue research despite threats from authoritarian regimes, violent conflicts and many forms of persecution.

In 2002, the Institute of International Education formed the Scholar Rescue Fund to help and protect scholars in need. In recent years, the growth of ISIS (formally, the Islamic State in Iraq and Syria) has altered the operation of the fund, said Sarah Willcox, the fund’s director. In an interview with PassBlue, Willcox described how the fund’s work has moved “from persecution and individual concerns of the scholar who speaks up because of his or her academic work” to a focus “where we’re responding to a conflict where hundreds or thousands of scholars may be affected by civil conflict.”

The Institute of International Education, a New York-based leader in handling global academic exchanges, created the fund mainly to help scholars who were threatened because their sometimes-dissident work put them in danger. Since then, it has found that more scholars were threatened because they worked in a conflict area or were being persecuted for their ethnicity, gender or religion. Since ISIS took over a third of Iraq since June 2014, the Scholar Rescue Fund has experienced a huge spike in applications from the country.

At the same time, the fund has been forced to become more cautious, given its limited ability to determine how much access ISIS might have to its communications. Willcox said, for example, that the biggest challenge for the Scholar Rescue Fund is maintaining confidentiality. If hostile governments or armed movements find out about a rescue attempt, the scholar could be put in worse straits.

To address this problem, the fund must often refrain from discussing specifics in emails or on phones that may be monitored. Since the fund does not know what kind of communications ISIS may be watching, the fund’s extra cautions make rescue attempts of scholars more difficult. One wrong move could further endanger the scholars or their families.

Willcox also said that the organization faced other hardships in its work, as it realized that many Iraqi scholars who had previously been rescued and taken elsewhere could not go home yet, as hoped. “It was very difficult to suddenly see a change in direction when we thought things were going so well for Iraqis,” she said. For a few years, the situation was improving in Iraq, and it looked as if there were a real chance that some scholars could return. The spread of ISIS, however, put such plans on hold.

Here’s how the Scholar Rescue Fund works: Scholars in dangerous situations apply to it for assistance. The fund reviews each case, first to determine whether the person is actually a scholar and in a threatening position. Once the fund decides to help a scholar, it begins finding ways to get in touch with the applicant, relying on the scholar’s immediate community of neighbors as well as a variety of nongovernment organizations. Confidentiality is paramount.

Next, the scholar finds his or her own way out of the country. The fund sets up the scholar with a one-year fellowship at a university in a safe location — placing scholars in 40 countries worldwide. Once at a university, the scholars can pursue academic research; sometimes renew the fellowship after a year; or find work elsewhere. The goal is for scholars to return home finally, but that is often impossible.

The fund’s work involves a great deal of behind-the-scenes effort. It must find financial resources as well as universities willing to host scholars. Much of the fund’s support comes from private donors, such as charitable foundations and individuals. The fund also receives support from the United States Department of State, particularly for the fund’s work in Iraq and Syria, and it is building connections with other countries on a case-by-case basis.

To find host universities, the fund can take advantage of the Institute of International Education’s wide networks, but it also uses simple tactics like cold calling. Universities that welcome scholars often provide their own money for the program.

The fund has gone through another shift in recent years, as it moves beyond helping individuals to taking more national-level action. Part of this change involves a global media campaign, as the fund aims to get more international groups involved in finding a more comprehensive solution to the persecution and endangerment of scholars worldwide.

Indeed, as the fund shifts from tackling persecution of individuals to focusing on conflict response, it is trying to find national solutions to large emergencies — such as the emergence of ISIS — through many organizations working together. “The more we do this work, the more we engage other organizations to join us this way,” Willcox said.

For scholars, the fund is a way not only to continue pursuing research safely but to also work on research that they could not do otherwise because of restrictions in their home country. Amid all the upheavals in the world recently, the safety of scholars remains the fund’s fundamental mission, Willcox said. “Our focus is really on giving scholars immediate assistance when they need it.”

Chris Chaky is a graduate student in the Harvard University Department of Government; he graduated from Muhlenberg College in Allentown, Pa., in 2015, and is from Poughkeepsie, N.Y.

Saving Scholars Who Become Victimized in the Middle East 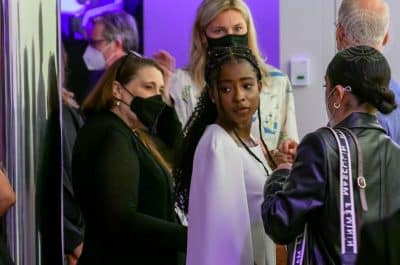