As Cholera Resurges in Haiti, the UN’s Commitment to Prevent It Fails

HINCHE, Haiti — We were driving back from watching a soccer game here in central Haiti when my friend instinctively rolled up his window. It can get dusty on Haitian country roads, so I rolled up mine, too, even though I didn’t see anything in the air.

I did see the man up ahead on a bicycle wearing a surgical mask. I noticed his mournful eyes even before I knew anything else. He was pulling a heavy covered wooden cart, about the size of a large pickup bed. Hard work, I thought, on this hot day. The burden made him weave a little from side to side.

It took a moment for my mind to catch up. By the time I formed the words, “What is he carry–?” I had answered my own question. “Where is he taking them?”

This was in the early months of 2011, when the cholera epidemic — a disease that had never been seen in Haiti — was still new. Now, we commemorate the five-year anniversary of the start of an epidemic that has killed more than 9,000 people and sickened another 745,000.

I don’t know the stories of the people who were being taken to the cemetery by that mournful man on the bicycle back in 2011, but last week in Port-au-Prince, the capital of Haiti, and in New York City and Geneva as well as on a new website, FaceJustice.org, passersby and United Nations officials alike could see the faces and read the stories of Haitians hurt not just by cholera, but also by the indifference of the UN, whose peacekeepers brought the disease into the country in the first place.

Passersby learned from the large photos we assembled on the street about the lives of people like Olivia Jean-Pierre, a Haitian mom, who had this message for the UN:

In 2011, my two girls became sick with cholera. I can’t imagine if I had lost them. When a mother loses her child, it’s like her insides are torn out.

My girls haven’t yet become 100 percent again. They go to school and put their heads on their desks, saying their heads hurt. Everyone that suffered from cholera, they are like the walking dead.

For four years, I’ve been marching, seeking justice and reparations alongside other cholera victims. But these efforts haven’t succeeded. If you will stand with me, if you will join this struggle with me, I will be very pleased. I await your response.

Jean-Pierre’s story was one of those also presented on postcards to UN officials just before the Security Council’s vote last week to reauthorize peacekeeping troops in Haiti for another year.

Even in the early days of the epidemic, in October 2010, there was evidence that the UN peacekeepers in Haiti inadvertently introduced the disease. Waste that flowed into the Artibonite — Haiti’s main river — was seen coming straight from a sewage pipe at the peacekeeper base in the village of Meille, upstream from where the first cases happened.

Not long after, scientists showed that the strain of cholera newly infecting so many thousands of people in Haiti was endemic to Nepal. The peacekeepers stationed at the peacekeeping base, which is on the outskirts of the town of Mirebalais, were from Nepal.

As the evidence mounted, the UN could have accepted responsibility, apologized and used its tremendous resources to make it right. Yet it didn’t. So, the fight for justice by Haitian victims of cholera and those who care about them goes on.

What do they want?

An apology, for starters. They also want reparations for the cholera victims and their families. Such reparations would help children like 9-year-old Pierre-Louis and 13-year-old Julien, who have been orphaned by cholera, as well as families who are struggling to pay back loans they took out while their breadwinner was recovering from cholera.

They want one more thing — something that will help the victims and prevent future victims as well.

Cholera is not a hard problem to solve anymore; it is easily preventable with clean water and good sanitation. If it weren’t, we would still be getting sick with it regularly here in the United States, as we did until a little over a century ago.

But most people in Haiti don’t have access to clean water and good sanitation infrastructure — things that a powerful organization like the UN could — and must — help them to get. So far, however, a UN-supported plan to eliminate cholera through water and sanitation remains drastically underfunded at only 13 percent. Over the summer, the office set up to coordinate the UN’s cholera response in Haiti closed.

Meanwhile, Haitian families remain vulnerable. Cholera cases have been surging in 2015, and the UN Office for the Coordination of Humanitarian Affairs (Ocha) reports a tripling in cases over 2014.

Moreover, the lack of access to clean water and sanitation has a disproportionate impact on women and girls, who spend hours each day fetching water from distant, questionable sources.

Cadet Gary, another Haitian whose story was being told at our protest near the UN recently, tried to take the recommended precautions against cholera. But in 2014, Gary, a 52-year-old father, and his 18-month old son caught cholera and nearly died from it.

“Cholera hit our country in 2010 and we thought it would be here temporarily, but it seems it is here to stay,” Gary said. “It is part of our air now.”

Nancy Young is a freelance journalist who writes about Haitian health issues. She also volunteers for the Institute for Justice and Democracy in Haiti, a nonprofit advocacy group based in Boston that partners with the Bureau des Avo­cats Inter­na­tionaux, in Port-au-Prince. Together, they help Haitians pros­e­cute human rights cases, train Hait­ian lawyers and speak out on justice issues in the country. 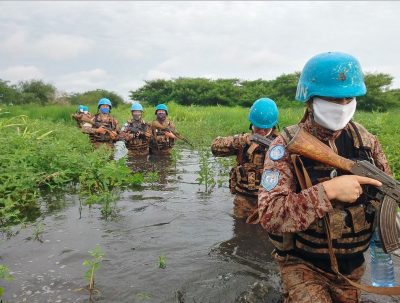 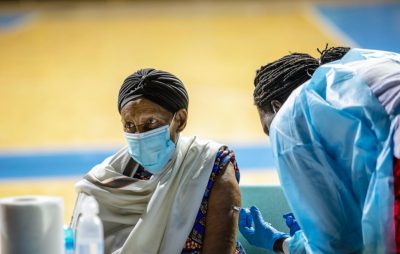 Ebola Fighters in Africa Call for Covid Vaccine Equity, but It May Be Too Late 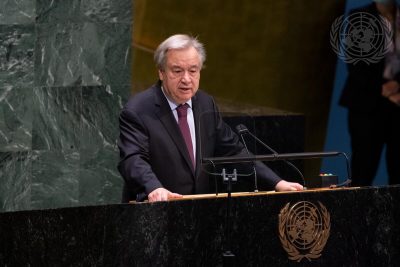 The UN’s Guterres, an Incumbent With Strong Backing by Europe, Is Bound to Win Another Term

The UN’s Guterres, an Incumbent With Strong Backing by Europe, Is Bound to Win Another Term

Ebola Fighters in Africa Call for Covid Vaccine Equity, but It May Be Too Late