In Iraq and more than a dozen diverse other nations, from Malaysia to Eritrea to Venezuela, members of national legislatures face persecution or personal risks as the development machinery of the United Nations often places its hopes on national parliaments to act on behalf of people they represent. The Inter-Parliamentary Union, or IPU, announced on Oct. 21 that it was taking on cases of 71 parliamentarians in 14 countries, many of them symbolic of broader harassment of legislators in those and other nations.

The Inter-Parliamentary Union highlighted in particular two cases in Iraq, one involving a critic of the former American-installed prime minister, Nuri al-Maliki. The jailed politician, Ahmed Jamil Salman al-Alwani, faces a death sentence allegedly “in solitary confinement . . . without access to medical treatment,” according to the IPU. Alwani, who went to jail in 2013, had also been critical of what he saw as the discrimination and persecution of Sunnis in Iraq under the prime minister, a Shiite. Alwani, who lived in the Sunni stronghold of Anbar province, was sentenced to death in 2014, and reports say he has been tortured.

“IPU is also calling for the immediate release of another Iraqi legislator, Mohammed al-Dainy, who remains in prison despite being acquitted of a series of trumped up charges,” the organization said in a statement.

In Malaysia, Anwar Ibrahim, an opposition politician who has been harassed and prosecuted by powerful governments of the United Malays National Organization for much of his political career, is on the IPU list of concern. So are 11 other opposition politicians who are members of the Parliament, including eight charged with sedition or being investigated ex post facto under an earlier sedition law that did not allow criticism of the government or the judiciary. Three others are facing legal action for taking part in street protests, said the Inter-Parliamentary Union.

Other countries where the IPU lists legislators who are at risk or imprisoned include:

In Africa: Cameroon, the Democratic Republic of the Congo, Eritrea and Niger. In the Americas: Colombia and Venezuela. In Asia (besides Malaysia): Bangladesh, Mongolia and Sri Lanka. In Europe: Russia. In the Middle East and North Africa: Iraq and Palestine/Israel.

Freedom of expression and action and the guarantee of rights are important to legislators. Even in limited or dysfunctional democracies — where there may be regular elections but little shared power with authoritarian leaders — legislatures are in theory the voices of constituents and channels for public opinion. They often have some level of control over the writing and monitoring of government budgets and expenditures. Through committees in more advanced democracies, legislatures write laws and can hold government officials accountable to abide by them. The Inter-Parliamentary Union’s human-rights committee tracks those cases they can document. No doubt there are many others. 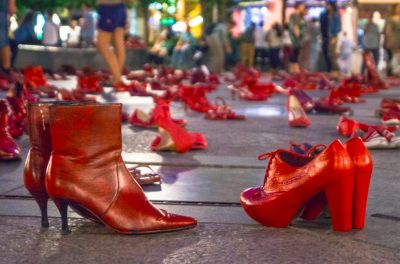 Sexism and Violence Against Women MPs in Africa Is Pervasive, a New Report Reveals 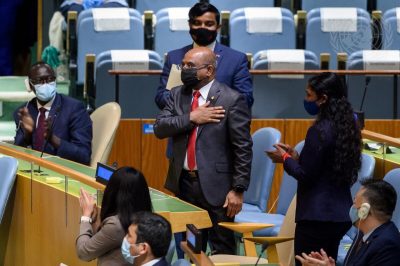