LONDON — The Center for Women, Peace and Security, based at the London School of Economics in Britain, is a year old. The first of its kind in Europe, the center aims to shed light on the prevalence of violence against women during conflict through academic research and forums. The concept of the center was grounded in the United Nations Security Council resolution, 1325, on women and peace and security adopted in 2000, acknowledging the disproportionate effect of conflict and postconflict situations on women and girls.

The center’s academic nature, however, was born from a need for more information, research and specialist investigation into this problem. It will provide postgraduate teaching in the subject of women and peace and security.

It was originated by William Hague, the former British foreign secretary, and the UN special envoy and actor, Angelina Jolie-Pitt, and formed out of the British government’s Preventing Sexual Violence in Conflict initiative, which works to ensure that more perpetrators are brought to justice, among other activities. The government has also supported the center through the Ministry of Defense and the Department for International Development; the center has additional support from the London School of Economics.

Christine Chinkin, 66, a professor of international law at the London School of Economics, is the center’s director. As an international lawyer with the Matrix Chambers in London (a top human-rights chamber in the country), Chinkin is an expert in women’s human rights and violence against women. Besides teaching in London, Chinkin is the William W. Cook Global Law Professor at the University of Michigan and has held other appointments in Australia, China and Singapore.

Chinkin was recently interviewed about leading the Center for Women, Peace and Security. The interview has been edited and condensed for length.

Q. The center is, first and foremost, an academic institution, aiming to fill gaps on information about sexual violence against women in armed conflict to help find practical responses to such situations. What are the most crucial areas to prioritize in collecting and processing new information, and what areas need the most attention?

A. It’s clearly a huge field. Obviously, you know about the Preventing Sexual Violence in Conflict initiative, and I think two of the consequences of the initiative were first, that it has raised awareness of the whole issue, and, secondly, that while I think we assume generally that we know what we’re talking about when talking about sexual violence in armed conflict, in fact, we don’t. It is an enormously complex issue. It is a very contextual issue that has different patterns, different manifestations and different consequences in different places. So among other issues, I think we simply need to try to understand more about why these patterns are different.

For example, if you look at Bosnia, there was during the war a pattern of women being detained when villages and towns were overrun and women detained in hotels or in a school or a gymnasium, essentially held prisoner; and while they were being held prisoner [they were] being subjected to ongoing regular rape. Then we get other situations where armed militia overrun a village and there is mass rape occurring in the village. I could go on — in Rwanda, there was sexual violence and then murder as part of the genocide. So we want to begin to understand how these patterns emerge, how they continue and what changes over the course of a particular conflict or in different forms of conflict.

Then we might start to understand what might be the best ways of addressing these various issues, looking at what works. Are we talking justice systems, social support, medical support; about reconciliation processes, about national justice; or are we talking a combination of everything? We have so little and so much information at the same time.

Q. How can practical analyses reduce the occurrences of sexual violence in conflicts at the most elemental level?


A. At this point we are very small — just myself and one other person [in the center] — so we haven’t really begun our own research programs. What we are doing is trying to act as a convening body, bringing together various others, such as NGOs [nongovernment organizations] who are working on these issues; and through convening, try to facilitate exchanges of views between different people who are conducting such research. To give an example, there was a report done recently by World Vision on the effects of stigma [experienced by victims of sexual violence]. So we convened a seminar where the report was talked about and people shared their views; this publicized the research and added to the awareness and overall debate. We’re looking to appoint some researchers to embark on our own research program later in the year.

Q. International laws are already in place prohibiting or condemning sexual violence in conflict, so is implementation of the laws lacking? If so, what do you think can change such entrenched and endemic patterns of violence and how can the center help tackle these issues?

A. Yes, there are laws in place, so the first thing we have to talk about is trying to enhance the implementation of those laws, access to justice, removing barriers to access to justice and capacity-building with legal institutions. In many places, national laws are in place, but we’re talking conflict, so of course the judicial system has collapsed or is barely functional, so there is a whole host of issues around working on improving and making effective judicial systems.

I think even going back before that, one of the most important aspects is attitudinal change and seeking to better understand the links between the general subordination of women, gender and inequality and violence against women. The link becomes fairly evident when we consider the subordinate role of women in so many societies, where there is already discrimination against women, where there are already high levels of violence against women outside of conflict, all of which become exacerbated when other social structures collapse during conflict.

So before we get to accessing justice with respect to implementation of laws, there is the importance of attitudinal change, and that is inevitably long term. The only real way of addressing it at the end of the day is with local groups and local people, those who are much more fully acquainted with the situation in their own particular societies. No one can come in from the outside and say, Change your attitude towards women. So again, an academic center can demonstrate the connections between gender and equality, violence against women outside of conflict, violence in armed conflict. It can work on how this all fits into a broader human rights agenda, into a political economy agenda.

Q. You have worked with the Preventing Sexual Violence in Conflict initiative since it started in 2012. Why is there a need for something separate rather than an expansion of the initiative?

A. The initiative for the center came far more from William Hague rather than from me. I was presented with it and asked whether I wanted to become a director. Having said that, it rather goes back to the first question. What you had with the Preventing Sexual Violence in Conflict initiative was a political initiative. Clearly, there is a great deal of fieldwork, practical work, an enormous amount of very important work, being carried out by the nongovernmental sector, and the academic sector was probably a gap.

Q. So is there an idea of entrenching and maintaining the momentum on preventing sexual violence in conflict to have an academic aspect too?

A. I think it makes sense. The current government [in Britain] has stated in its national security strategy that this remains a priority, but who knows for how long. Whereas, once things are embedded in universities it creates an infrastructure for continuation.

Q. You have also been involved with the UN mission in Kosovo, which aims to advance peace in Kosovo and in the Western Balkans, as a member of its human rights advisory panel. What lessons have you learned from that experience that can be applied to the center?


A. With the work I’m doing in Kosovo, as a member of the human rights panel, I’m looking at completely separate things, so apart from teaching or learning a lot about how the UN operates, at least in that particular mission, it is not applicable. Far more relevant is the work I’ve done where I was involved in the negotiation of the European Convention on Combating Violence against Women. It is applicable in armed conflict, but it’s not directly focused on armed conflict. That taught me a lot about the legal framework and how presenting these issues within a certain language and giving it a legal basis are important. It’s very hard to say how different experiences can be applied to advance the work of the center: you build up experience all over the place, and how any particular experience feeds into another is often happenstance, or something you only realize much later. But I think that having a firsthand understanding both of the international institutions and the international law framework and seeing how some of it works on the ground add up to experience. In terms of the teaching part of the center’s work, I think it is especially valuable.

Q. The center is based on the example of the Georgetown Institute for Women, Peace and Security in Washington, D.C. What was the inspiration from that institute?

A. Lord Hague had visited Georgetown and was inspired by it. I’ve had very good relations with them since. We are different. We’re much smaller, although I found it encouraging to find out they were as small as we are when they began, five years ago. So we’re giving more of a focus to the regular teaching agenda of the university. We’re teaching a master’s of science degree course at the moment, which is available to students taking degrees in international relations, international law, development, history or media communications across the entirety of LSE [London School of Economics]. So I think that’s a different focus we have from Washington. We certainly have links in the sense of being in communication.

Q. How is your center financed?

A. We have seed funding from the Ministry of Defense; we have a contract agreement with the Department for International Development [DFID], but that is dependent upon us matching what they’re offering. After that we’re on our own, and fund-raising strategies have to be a very important part. LSE also gave start-up funding. I’m concerned in the sense of any forward planning has to clearly take it into account. I have no idea how hard or easy that will be. 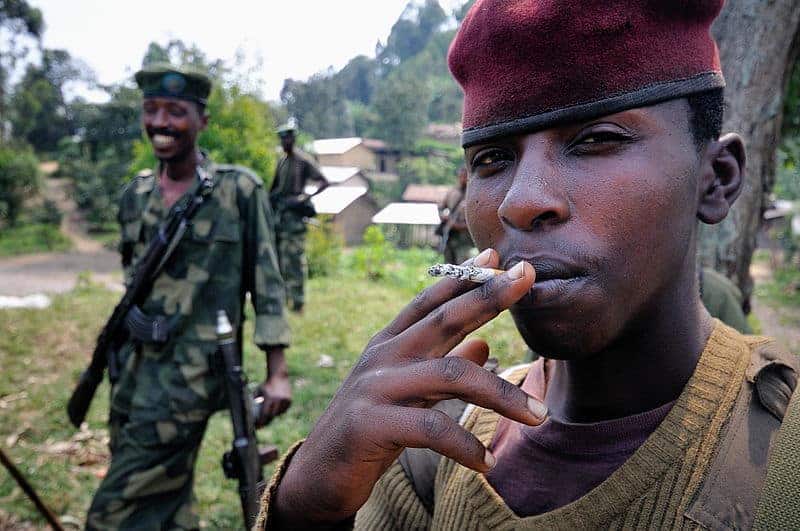 Britain Steps Into the Battle Against War Rapists by Elisabeth Braw   June 10, 2013

Rape by Terrorists: A UN Report Documents Sexual Attacks in War by Dulcie Leimbach   May 2, 2017 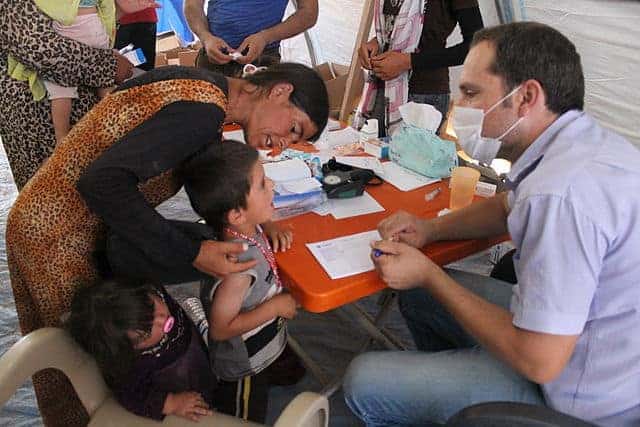 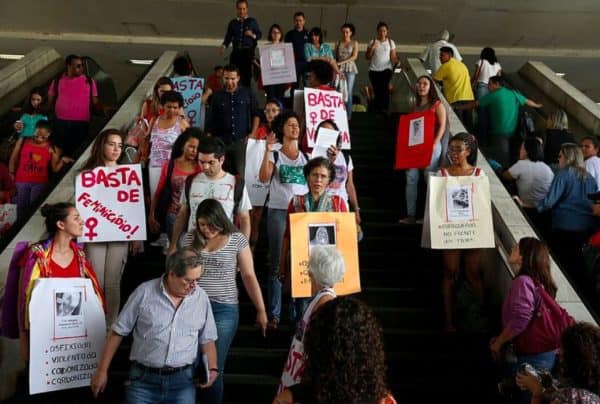 In London, a New Academic Center Focuses on Sexual Violence in Conflict