How Trauma Therapy Can Help to Reduce Cycles of Violence

ÉCHENEVEX, France — While psychological trauma affects perhaps as many as 500 million victims worldwide, and adversely impacts human and social development on a massive scale, its most devastating — but least suspected — effect may well be the potential for peace.

How? Because people who have been traumatized by violence or abuse could easily become perpetrators of violence or abuse themselves, studies have shown. In fact, trauma itself is a significant source of recurrent violence and a major driver of continuing conflict. Unresolved trauma from exposure to war and violence or to any other cause may produce post-traumatic anger, fantasies of revenge and an urge to avenge.

It also may lead to impulsive aggression or lingering resentment and powerlessness that could erupt at any time, resulting in unexpected violence and devastation — and new traumas in others.

This response is called the interpersonal and intergenerational transmission of trauma, and it is how wars continue and violent conflicts perpetuate their violence.

No surprise, then, that Northern Ireland, for example, has the highest recorded prevalence of post-traumatic stress disorder, or PTSD, at 26 percent of the population. Ever since the Vietnam and Iraq wars, PTSD has become the best-known consequence of trauma.

Indeed, without condoning reprehensible actions in any way, some experts have called for a shift in perspective on perpetrators, namely to see them as wounded people (“trauma” is Greek for “wound”) who themselves often need therapy, thus blurring the distinction between victims and offenders.

“Those we call perpetrators feel victimized themselves, while those we call victims feel at times justified in seeking revenge,” writes James O’Dea, an Irish-born activist and educator, in his highly acclaimed book “Cultivating Peace.”

At long last, the United Nations is taking mental health issues more seriously as a development concern, as evidenced by a recent conference organized by the World Bank and World Health Organization highlighting these issues, showing that mental health is getting more attention globally.

Psychological traumas by definition are emotionally painful and distressing experiences that have overwhelmed an individual’s ability to cope. Symptoms include intrusive flashbacks, hypervigilance, avoidance behavior and distress when reminded of the stressor.

“In PTSD the body continues to defend against a threat that belongs to the past. . . . After trauma the world is experienced with a different nervous system,” writes Bessel van der Kolk, a Dutch trauma expert, in “The Body Keeps the Score: Brain, Mind and Body in the Healing of Trauma.”

“Trauma results in a fundamental reorganization of the way mind and brain manage perception,” he writes. “It changes not only how we think and what we think about, but also our very capacity to think.”

Beyond that, trauma can show up as anxiety, suspicion, fear and powerlessness, but it can also be transmitted as hostility, rage, bullying and abuse. If left untreated, traumas last a lifetime — they do not get better with time. PTSD is a serious illness that interferes with an individual’s educability, creativity and well-being.

It also quietly undermines the economic and cultural productivity of its victims, and tears apart the social fabric of whole communities. On top of that, it restricts the conditions for peace.

Much of trauma remains hidden, especially in the developing world: unrecognized, undiagnosed and untreated. As Unicef’s country director in Bangladesh in the late 1990s, I got some close-up experience with trauma: young women who had experienced acid thrown in their faces by jilted lovers; forgotten veterans of the 1971 War of Liberation; victims of frequent floods and cyclones; and, not to forget, those desperately destitute and poor, unable to cope.

We invited therapists from several countries to train all 53 Bangladeshi psychologists and psychiatrists in a new, efficient treatment modality. In turn, they treated, at no charge, many scarred young women and old veterans with remarkable, rapid and visible results. Even so, that project soon ran out of steam because of lack of money and attention.

In fact, until the UN conference in April 2016, trauma has failed to get the attention it needs at the UN and the rest of the international community. For example, trauma isn’t even mentioned in the UN’s new Sustainable Development Goals. There are a few notable exceptions, like the UN refugee agency and the World Food Program offering diagnostic and counseling services to their staff members. But still, general lack of awareness about the availability of effective, affordable, recognized and scalable treatments has led to low budgets for mental health in general and trauma treatment in particular.

Yet recent innovations in the field of trauma psychology have opened up new possibilities for scaling up. Many different approaches to trauma healing exist, but the World Health Organization recognizes only two effective, evidence-based, scientifically validated therapies: cognitive behavioral therapy with a trauma focus, or TF-CBT, already well known; and the more recent eye movement desensitization and reprocessing (EMDR) therapy.

These two therapies could decisively interrupt the chains of violence, abuse and new trauma. And they could end immense and insidious inner suffering and help a post-violent society move toward more stability, prosperity and peace. But given the structural shortage of licensed mental health professionals, this potential will be realized only if these therapies are expanded in simplified form as a public health measure in remote disaster- and war-torn areas, where the need is greatest.

By expanding such therapies beyond the high-income countries (where they are used largely as a private mental health intervention), much progress can be made in traumatized societies, provided the therapies are applied within a well-structured and well-supervised referral system.

The EMDR therapy approach offers intrinsic advantages in such a structured setting, requiring minimal contact time, measured in hours and days, not weeks and months. It is not intrusive, as it does not require victims/survivors to talk about their traumatic experiences, which may involve shame, guilt, anger or gender-sensitive issues. And the therapy can be done on consecutive days, requiring no homework by those undergoing treatment. All these features are immensely helpful when dealing with large numbers of victims in poor areas.

Creating a new cadre of paraprofessional workers (or lay counselors), trained and supervised by mental health professionals, together with millions of volunteers, would be imperative. This is how many other (physical) diseases in the developing world have for decades been successfully treated by community volunteers and paraprofessionals working in tandem with professionals.

Such trainings of paraprofessionals in trauma treatment are underway in several countries, including in Bolivia, Cambodia, Mexico, Myanmar, Peru and Turkey as well as in northern Iraq. Paraprofessionals could thus begin to play a critical role in human development and peacebuilding.

Given the need and the high stakes involved, trauma therapy should be first offered to certain at-risk populations and individuals; for example, to traumatized peace negotiators and mediators, field personnel in humanitarian and peace operations (military, police and civilians), ex-combatants and children (including former child soldiers), in addition to refugees and internally displaced people.

Such interventions would help interrupt the vicious cycle of trauma and violence and restore victims to greater health and productivity: a goal now well within reach. 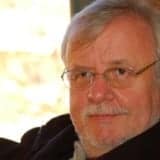 Rolf Carriere studied development economics and philosophy at Groningen State University in The Netherlands in the 1960s. From 1971, he served in the UN system for the next 34 years, mostly with Unicef and the World Bank, on health and nutrition matters primarily in Asia. His last positions included serving as Unicef’s representative in Myanmar, Bangladesh and Indonesia; he was also the first executive director of the Global Alliance for Improved Nutrition in Geneva. He now advises civil society organizations on issues of unarmed civilian protection, trauma healing and organizational development. He lives in Échenevex, France.

How Trauma Therapy Can Help to Reduce Cycles of Violence