Since 1901, Nobel Prizes have been presented to the designated laureates at ceremonies held on Dec. 10 , the anniversary of Alfred Nobel’s death. As stipulated in his will, the prizes in physics, chemistry, physiology or medicine and literature are awarded in Stockholm, presented by the King of Sweden. The Nobel Peace Prize is awarded in Oslo and presented by the chairman of the Norwegian Nobel Committee.

How did it all begin? Why this division? What motivated Nobel, a Swedish industrialist, to establish these awards? How has the peace prize endured? Has the direction changed? What does the prize say about culture, history and politics? The books recommended here provide insight to the origins of the prizes and Nobel himself.

Over the years, the Nobel Peace Prize has generated criticism and controversy. One reason is that many of the laureates have not met expectations. As political actors, their achievements are found lacking or they are considered meddling influences in national affairs. The question then becomes whether the award actually advances peace or undermines efforts toward that goal.

When an institution — rather than an individual — is awarded the prize, some critics have also asked whether the institution actually sought peace or did it contribute inadvertently, such as the 2012 prize to the European Union. With this in mind, one’s thoughts immediately turn to the most recent award, given to Colombian President Juan Manuel Santos for his work to end the half-century conflict with the FARC, aka Revolutionary Armed Forces of Colombia. Colombians surprisingly rejected the president’s efforts in a referendum in October — demonstrating, perhaps, another example of a controversial Nobel recipient. (A revised peace deal was signed by the parties on Nov. 24, without a referendum.)

Other prize-winners who engendered controversy include Cordell Hull in 1945. Hull, a former senator and secretary of state under President Franklin D. Roosevelt, was awarded the prize for his role in establishing the United Nations. The controversy was attributed to an incident in 1939 while Hull was secretary of state and the president was amenable to helping 950 Jewish refugees aboard a ship called the St. Louis settle in America. But Hull and some Democrats from the American South voiced “strong opposition,” threatening to withdraw support for Roosevelt if he let the ship dock. The president buckled, the St. Louis was turned away and many passengers became victims of the Holocaust.

In 1973, Henry Kissinger, as President Richard Nixon’s secretary of state, was awarded the prize, shared by the North Vietnamese leader, Le Duc Tho. They had helped broker a cease-fire in the Vietnam War, but Le Duc Tho turned the honor down, saying peace had not yet been restored in South Vietnam. Kissinger accepted the award “with humility.” His critics pointed out that the US was bombing Cambodia the year he picked up the prize. He had also been accused by critics of war crimes for the US provision of arms to the South American dictators who carried out Operation Condor, an anti-Communist campaign that killed thousands of people.

Then there was Yasser Arafat, who in 1994 raised the question about whether “one man’s freedom fighter is another man’s terrorist.” Arafat, who led the Palestinian Liberation Organization (PLO) for three decades, was handed the award alongside Prime Minister Yitzhak Rabin of Israel and his foreign minister, Shimon Peres. The trio were cited for their work on the Oslo accords, which created “opportunities for a new development toward fraternity in the Middle East.” Although supporters compared Arafat to Nelson Mandela, opponents called him an “unrepentant terrorist with a long legacy of promoting violence.”

In 2004, Wangari Maathai was the first African woman to win a Nobel Peace prize. The New York Times described her as an “environmentalist, feminist, politician, professor, rabble-rouser and human rights advocate,” who created jobs for women and planted trees across Kenya to fight erosion. The day before she was to collect the prize, a story appeared in an African newspaper that claimed she had likened AIDS to a “biological weapon” and told participants in an AIDS workshop that the disease was “a tool” to control Africans “designed by some evil-minded scientists.” She denied these remarks, saying that they were taken out of context. The damage was done.

Finally, in 2009, when the award went to Barack Obama, many questioned the wisdom of giving it to someone with no track record in peace, since nominations for the prize closed two weeks after Obama took office. (Nobel’s will stipulated that the prize was to be awarded to “those who, during the preceding year, shall have conferred the greatest benefit on mankind.”)

What about the omissions? Mahatma Gandhi was so close to winning — he had been nominated numerous times and had just been renominated days before his assassination in 1948. Geir Lundestad, the director of the Norwegian Nobel Committee, called Gandhi’s absence the “greatest omission in our 106-year history.”

Some books to read about Nobel and the Peace Prize:

• In “Alfred Nobel,” by Tore Fraengsmyr, the author examines the life of Nobel, tracing his scientific and entrepreneurial achievements and focusing on the individual behind them.

• Thomas Hellberg and Lars Magnus Jansson, co-authors of “Alfred Nobel,“ spent 10 years researching his life, primarily for a docudrama. This book, richly illustrative of Nobel’s inventions, career and personal life, was published to commemorate the 150th anniversary of his birth.

• For the full dramatic story behind the establishment of the Nobel Foundation, reading “The Legacy of Alfred Nobel,” by Ragnar Sohlman, does the trick. First published in Swedish, it is written by Nobel’s secretary and assistant, whom he appointed as an executor of his will. This English translation was published in 1983, in association with the foundation, to again mark the 150th anniversary of Nobel’s birth.

• Now that you know who Nobel was, you might ask: What is the Nobel Institution? How does it choose its winners? Has it ever made a mistake? And why does the prize hold such importance? With keen insight, Burton Feldman, a historian of ideas who taught at the University of Chicago, considers these questions and more in his book, “The Nobel Prize: A History of Genius, Controversy and Prestige.” He provides the reader with gossip, information and speculation while touching on the accomplishments of some laureates and offering a cultural history of the last 100 years.

• Not all books are positive about the methods used in awarding the prizes. For example, there is “The Nobel Peace Prize: What Nobel Really Wanted.” This was written by an eminent Norwegian lawyer and international peace activist, Fredrik S. Heffermehl, who encourages us to critically examine the record of the Norwegian Nobel Committee and to rethink not only what Nobel intended, but also what peace does and should mean in the early-21st century. He calls for the return to legal and moral compliance with the will of Nobel’s wish to support disarmament to prevent war.

On the lighter side for those who want to know, “How Did the Nobel Prize Become the Biggest Award on Earth?” there is Nick Stockton’s article in Wired on that very subject.

Joanne Myers is director of the Carnegie Council for Ethics in International Affairs’ Public Affairs Programs, for which she is responsible for planning and organizing more than 50 public programs a year, many of which have been featured on C-SPAN’s Booknotes. 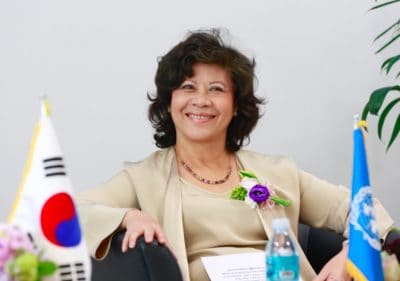 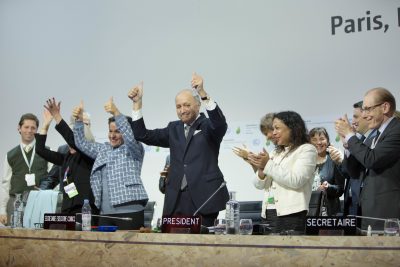 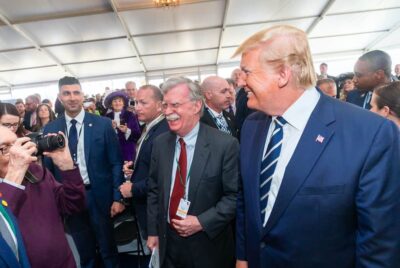