GENEVA — As the latest round of the United Nations-led Syrian peace negotiations gets underway here, Syrian women activists are demanding — and playing — a central role. Achieving the goal of a democratic, inclusive Syria, in light of the country’s decades-long history of patriarchy is not easy. Many Syrian men — and some women — do not believe that women deserve a seat at the negotiating table. Yet through persistence and determination, we have begun to change attitudes and to see results.

As the coordinator-general of the Women’s Advisory Committee of the High Negotiations Committee, the main body representing the opposition at the UN talks, I am working with colleagues to create a Syria in which men and women are equal and protected.

In early 2016, female Syrian politicians and activists formed the Women’s Advisory Committee to solidify women’s participation in the Syrian opposition. Today, the committee is comprised of a dozen women, based inside and outside of Syria, reflecting diverse backgrounds: politicians, scientists, lawyers, human-rights activists and journalists. Our collective expertise, the power of our oratory and diplomacy and our unique skills have enabled us to defy stereotypes about women’s place in politics.

My fellow committee members, Bassma Kodmani, Alise Mofrej, Hind Kabawat and Suheir Atassi, are leaders on this front. Both Kodmani and Mofrej are part of the current High Negotiations Committee, or HNC, team, with Mofrej serving as the deputy top negotiator. As negotiators, they develop and execute opposition tactics and strategy at the talks, working in rooms that are often dominated by men, both on the Syrian side and the international community’s side. Kabawat and Atassi are official members of the HNC, so they can shape and set policy.

All of us are women who regularly face a room full of men attempting to resolve a conflict fought mostly by men. In our own ways, we persist in taking on a political role that many people in our society do not accept. For some of us, that means using our humor to break the ice; for others, that means delving into policy and demonstrating our expertise on given subject matters.

I persevere, for example, by drawing on my dedication to the Syrian revolution, the collective strength of democratic movements from across the globe and my steadfast belief that women’s rights are human rights.

Our group has enjoyed real success. In mid-2016, we secured a commitment from the High Negotiations Committee to guarantee 30 percent representation of women in a future transitional governing body. We have led HNC diplomatic efforts by conducting international meetings on behalf of the Syrian opposition with policymakers in Europe and the United States. We have also kept the spotlight on Syria’s detainee file — presenting evidence on the state of detainees to the UN’s Commission of Inquiry, pushing the UN special envoy, Staffan de Mistura, to keep detainees high on the Geneva agenda and meeting with investigators of the International Committee for the Red Cross to improve conditions inside regime prisons.

With all of our advances, there are more hurdles to cross. When we first established the Women’s Advisory Committee, we struggled to demonstrate that Syrian women could offer advice on more than just women’s issues, and we pushed hard to show that our expertise had value beyond the humanitarian file. Today, in Geneva, our aim is to demonstrate to Syrian men and women that they have a political opposition that puts their interests first.

Both women and men want an end to the conflict and, most of all, protection from the violence. That is why we in the opposition insist that the Geneva process show tangible progress in stopping the killing. During the past round of peace talks, from Feb. 4 through March 3, almost 300 Syrian civilians were killed: 40 of them were women and girls.

The Women’s Advisory Committee is therefore calling on the UN to monitor Syria’s cease-fire and appeal to the International Syria Support Group, made up of numerous foreign powers, to enforce it.

Leaving Syria’s cease-fire in the hands of Russia and Iran dooms it to failure and threatens prospects for successful negotiations in Geneva. UN member states — such as the US — have the leverage to change the Assad regime’s calculus in favor of peace, and they should come to Geneva prepared to use it. If they do not show up, the Geneva process will fail.

For six years, the UN and our friends in the international community have spoken up for Syrian women and our inclusion in the peace talks. We have met the challenge. But if the UN wants to truly empower Syrian women, it must not limit its support to our participation in peace talks. It must save our lives in Syria. 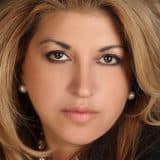 Marah Bukai is a Syrian-American poet, academic researcher and writer. As an advocate for democratic peaceful change in Syria, Bukai joined the early Civic Society Movement in 2001, the Damascus Declaration in 2005 and co-founded the Syrian National Council in 2011. She is now the general coordinator for the Women’s Advisory Committee of the Syrian opposition High Negotiations Committee. Bukai has seven publications of Arabic poetry; her most recent book of English poetry, “O,” was published by Waref Publishing House in 2005.