With White House proposals to slash United States assessments and donations to international organizations now in play in the writing of a federal budget for 2018 — as an April 28 deadline approaches — the extent of potential losses to the United Nations is coming into sharp focus. The US, for example, has immediately begun the process of cutting all its funding to the UN Population Fund.

Some deep cuts proposed by the Trump team are already being challenged elsewhere in the administration and in Congress, where members consider the White House proposals but are not compelled to adopt them. The proposals are likely to set the stage, however, for a contentious debate over potential damage to the security of the US and to its role as international partner in a world of great need, especially in the poorest nations.

Arriving at figures in US funding is not an exact science, as losses to the UN will come not only from slashed US State Department allocations, which the Trump administration wants to cut by a total of about 31 percent, but also from various international programs buried in other government departments. These programs are widely divergent.

There are two kinds of US payments to the UN, one in assessments (dues) that require negotiations and approval by the UN General Assembly and its powerful budget committee; and the other described as “voluntary” government contributions that countries may determine unilaterally. There are also donations made for humanitarian crises, natural disasters and other unexpected events, when the US has been generous in the past.

American citizens, foundations and even corporations have also been among the most generous people in the world in making private donations to international causes, and their continued support could be crucial in this era of a nationalist turning-inward mood in the White House. It appears to be too early to judge whether Trump’s America First campaign has dampened international giving in a large way, but in many UN offices around the world, there is apprehension.

To add to the confusion over budgets, the US and UN timelines do not mesh. The UN budgets for operating expenses — known as the “regular” budgets — are biennial, beginning on the first day of an even-numbered year and carried through the odd-numbered year that follows, now 2016-2017. The US federal fiscal year begins on Oct. 1 and runs until the following Sept. 30.

The annual budget that the Trump administration and Congress is working on now is for 2018.

This article in PassBlue’s Take a Look series lists some of the major treaty-level obligations and other US commitments to the UN as they stood at the end of the Obama administration in 2016 and where cuts are proposed.

United Nations Operating Budget and Peacekeeping Operations. The only two US budget items that bear the weight of formal treaty obligations to the UN are the assessment of dues to the UN regular budget and, separately, peacekeeping operations. These assessments, based on gross national income (GNI) and GNI per capita, are set by the 18-member UN General Assembly Committee on Contributions. Official changes can be made only through negotiations in this framework.

Currently, the US assessment for the core operations of the UN system worldwide is 22 percent of its $5.4 billion two-year budget. That amount is based on an agreement that was negotiated in 2000, which permanently fixed the American rate — the only country to have won such a concession. If no cap existed, experts say, the enormous wealth of the US would translate into a much-higher rate. The money to pay these dues comes from the State Department’s account for contributions to international organizations, which covers dues to dozens of components of the UN system as well as NATO.


The Trump administration’s demand that US dues for peacekeeping be reduced from the current 28 percent to 25 percent of an annual peacekeeping budget (unlike the two-year regular UN budget) means that the US will have to renegotiate or bargain for a change through the UN General Assembly and its budget committee. From July 1, 2016 to June 30, 2017, that budget was set at $7.89 billion total. On March 24, 2017, the departing head of the UN department of peacekeeping operations, Hervé Ladsous of France, told reporters that expenditures had actually dropped to closer to about $7.2 billion because of savings in the field, or about 9 percent.

If the US cannot get its peacekeeping assessment changed by the General Assembly, it will fall into perennial arrears and the bills will still come in.

Among the agencies, funds and programs that operate semiautonomously beyond the UN headquarters and in satellite offices worldwide, there are few if any entities that are not concerned about potential money perils under the Trump presidency. The White House is willing to cut humanitarian contributions to balance a $54 billion increase in the US military budget.

A major target has quickly been identified: the UN Population Fund (UNFPA), the world’s largest provider of family planning and maternal health assistance. The White House and outspoken critics in Congress have decided to defund the program entirely — rather like their approach to Planned Parenthood on a global scale. The Population Fund has been a prime target of a strong anti-abortion movement among some Protestant evangelicals and the US Roman Catholic hierarchy. Under President George W. Bush, the Population Fund lost all its US funding, largely on the accusation, proven false by even US government investigators, that it was aiding or abetting forced abortion in China. The Trump administration has taken steps to stop all payments to the agency, repeating the false claim that UNFPA is complicit in Chinese abortions and prompting the citizens’ support group, Friends of UNFPA, to campaign to overturn the decision in Congress. “We cannot let this stand,” the UNFPA support group said on April 4. “Contact your Members of Congress today and tell them that cutting funding for UNFPA literally means cutting women’s lives short.”

Under President Obama, the Population Fund received a total of $69 million from the US for core expenses and voluntary contributions in 2016. Population Action International, a US-based nongovernmental organization, noted in an analysis of Trump budget plans that family planning money for the USAID were also being deeply reduced. It found that all cuts combined would mean a loss of $146 million, or a quarter of all US reproductive health aid worldwide.

The US, the major contributor to the World Food Program, gave the agency more than $2 billion in 2016. Part of the agency’s income has come from the US Department of Agriculture’s McGovern-Dole Food for Education Program, which provides school meals in 40 poor countries, including those now facing famine and possible starvation on a large scale. Trump’s budget proposals said there was no evidence that the program was being “effectively implemented” and it would be eliminated. But the US agriculture department requested $182 million to keep the program alive, which also improves community health and encourages girls’ education. (Relatedly, the new head of the World Food Program, which is typically led by an American, will most likely be David Beasley, a former governor of South Carolina. Nikki Haley, the US ambassador to the UN and from South Carolina, promoted him as a candidate.)

Other US departments that may see their global programs gutted are Health and Human Services, which could be forced to eliminate the Fogarty International Center from its budget and refocus the Centers for Disease Control and Prevention’s international reach on American public health instead. The Trump government also wants to eliminate some Labor Department grants under its Bureau of International Labor Affairs.

With more refugees and displaced people caught in life-threatening situations than at any time since the end of World War II, the UN High Commissioner for Refugees (UNHCR) is not immune to fears of reduced American funding as the Trump White House seeks to bar immigration and divert money from international and national programs toward the US military and building a wall on its border with Mexico. The refugee agency received $1.5 billion of its $4 billion budget from the US in 2016.

The US government had approved a basic annual allocation to Unicef, the UN children’s fund, of $132.5 million in recent years. Unicef figures show that the US — adding all government and private contributions — “donates by far the largest sum of money to the organization, contributing almost $1.2 billion.” The nongovernmental support group, Unicef USA, which is a major outside contributor to the agency through private donations, is campaigning to preserve official funds at the Obama administration levels, saying that Unicef, created in 1946, “has helped save more children’s lives than any humanitarian organization in the world.”

Beyond humanitarian programs, threats of cuts to less-publicized UN agencies are being made, including the International Atomic Energy Agency (IAEA). The entity was created to ensure that nuclear research and development is peaceful in intent, including now in Iran. Its teams of highly qualified inspectors are drawn from numerous countries who combine their knowledge and experience to their work. The US has contributed around $200 million annually to the IAEA, which two experts on nuclear policy from the Carnegie Endowment for International Peace and the Belfer Center at Harvard described in an op-ed for Foreign Policy as an agency that “may be the greatest national security bargain the United States has.”


Unesco has long been controversial in the US — not only among Republicans — even though it has considerable approval in the American academic and education world and enjoys general praise for its World Heritage program. The US has quit or partly disengaged from Unesco twice, most recently in 2011, when the Palestinians were granted membership and the US stopped paying contributions (although it kept its membership in the agency). More active American involvement was later restored, but financial records of Unesco, which is based in Paris, show that since the US has not paid contributions since 2011, it is more than $543 million in arrears.

The UN human-rights cluster in Geneva is being pressured by Washington as well. There is strong demand among American conservatives that the US withdraw its membership in the Human Rights Council, which began operations in 2006, replacing the widely discredited Human Rights Commission. At its inception, the George W. Bush administration refused to join; the Obama administration became an active and effective participant. The American envoy to the council held the rank of State Department ambassador for human-rights issues in Geneva.

In 2016-2017, the Office of the High Commissioner for Human Rights (OHCHR) was allocated $190.5 million from the UN regular operating budget, which also covered the Human Rights Council, for which the high commissioner’s office operates as a secretariat. The office said that this allocation was inadequate to meet its global expenses and would have to rely on voluntary contributions to meet all its mandates. In recent years, the largest contributor of voluntary funds has been the US, which gave the human-rights office more than $17 million, followed by European countries and Canada.

The high commissioner, Zeid Ra’ad Al Hussein, a Jordanian, has been critical of Trump’s populist policies, saying that a drift into “protectionism, unilateralism and proclamations of national or religious purity” in the US and in other parts of the world is “deeply alarming.”

Given the relatively high level of American support for his office, it could be a tempting target.

This article has been updated. 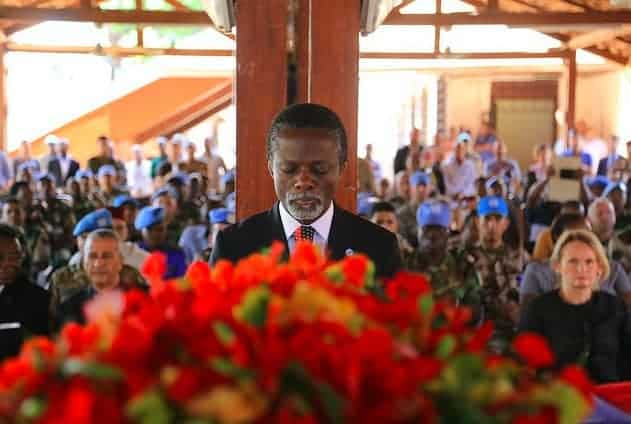 Demand for Lower Peacekeeping Dues to Pit the US Against the UN by Barbara Crossette   April 16, 2017 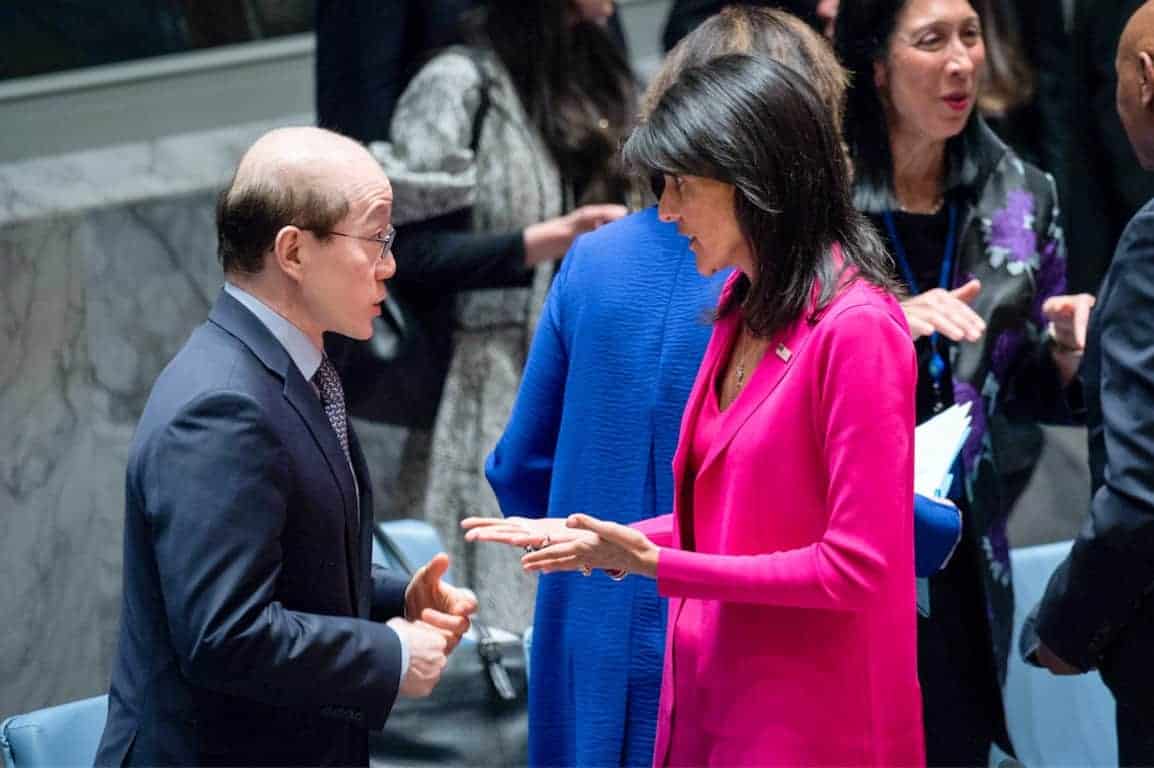 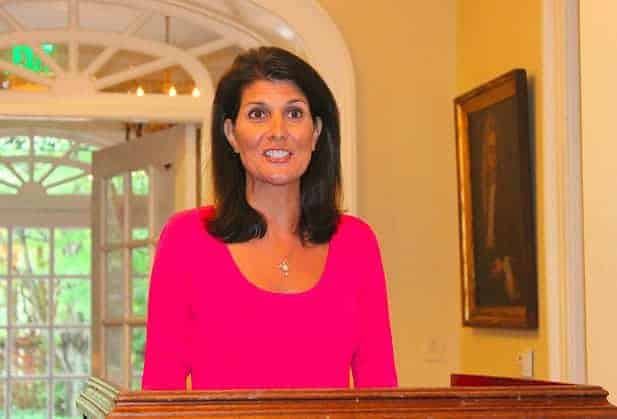 Nikki Haley Tells US Congress: The UN Does Matter by Barbara Crossette   January 21, 2017

1 thought on “America’s Financial Support to the UN: What’s at Stake?”

America’s Financial Support to the UN: What’s at Stake?