Although the plan to deploy a West African troop contingent, called the G5 Sahel Joint Force, presents an opportunity to improve much-needed cooperation among the Sahel countries, it will not be a game-changer in the fight against the persistent security challenges in the region.

Yet, without adequate financial and logistical support from the United Nations and its member states — which a proposal by France seeks in the Security Council — neither the regional force nor the UN stabilization mission in Mali, called Minusma, can operate successfully.

France is still negotiating with the United States, the main holdout on the proposed resolution, to push it to a vote in the Council. It would authorize the deployment of the G5 Sahel Joint Force — Burkina Faso, Chad, Mali, Mauritania and Niger — “to use all possible means” to combat terrorism, organized crime and illegal migration in the Sahel region, an arid arc that sweeps across Africa from Sudan to Cape Verde.

While the European Union has pledged 56 million euros, or about $50 million, to support the deployment of 5,000 troops, the Trump administration aims to cut UN peacekeeping expenditures overall. With Britain, the US is saying no to the G5 proposal behind closed doors as the mandate for Minusma also comes up for a renewal vote in the Security Council at the end of June, complicating matters.

The US is balking for many reasons to authorize the joint force, but financing seems to be its biggest excuse for resisting a new mission by the Security Council. As one US official said, the G5 force is already operating, so why seek formal approval from the UN?

Yet, the G5 force is anticipated to ease pressure on Minusma in fighting terrorism, a role the mission has inherited without the means to do so.

The G5 was formed in 2014 to enhance security cooperation in the region; it has the backing of the African Union and has been receiving training from France and the US through their numerous bases there. Last year, the G5 countries proposed to deploy the force to combat terrorism alongside the French antiterror operation, Barkhane, which consists of 4,000 soldiers based throughout the five countries. The G5 force would also work with Minusma, which has about 12,000 troops.

About 4,000 of Minusma’s troops originate from three of the G5 countries; in order of troop size they are: Chad, Burkina Faso and Niger (Mauritania has a small contingent). These nations, like Mali, all contend with deep-rooted poverty, state fragility and security threats from jihadist groups roaming the desert.

For instance, Niger, the world’s most destitute country, has quadrupled its military expenditures to tackle the terrorist organization Boko Haram to the south, working alongside Chad and Nigeria with some success. Niger must also deal with increasing instability in Libya to the north and securing its borders with Mali to the east.

In the Sahel, Minusma has become the UN’s most deadly mission, suffering more than 120 deaths in its four years of deployment. (Four Guinean soldiers were killed last week, for example; and Chad has lost the most troops.) The mission is a continuing target of armed groups fighting against the Malian state, despite the three major external security players operating in the region — the UN, the European Union and France — aiming to support the country.

Although Minusma’s mandate has become more “proactive and robust” — as noted in Security Council resolutions — to counter and deter terrorists threats, the West African forces working for Minusma say the UN is doing too little to combat the fatal strikes against their troops, as a report points out by my colleagues and me at the Danish Institute for International Studies.

Since Minusma was deployed, terrorists have moved closer to the center of Mali, from the north, and toward the borders of Burkina Faso and Niger, where they are intensifying their recruitment of local populations. Discontent abounds in these areas against their national governments, which are accused of being abusive and corrupt.

The G5 Sahel quest for a more direct counterterror mandate and enhanced border control represents a genuine attempt to respond to growing insecurity in the region. Five major challenges need to be addressed for the current operation and the G5 to be meaningful:

• First, Minusma is marked by a historically high deployment of specialized and well-equipped European forces with experience from counterterrorist operations in Iraq and Afghanistan. Yet the high death tolls in Minusma are related to, among other problems, the African forces’ limited training, equipment and logistical support to counter asymmetrical threats. Minusma, overstretched in covering Mali, territory almost twice the size of France, has been lacking armored vehicles and adequate aerial support and troops since its inception, despite attempts by the UN peacekeeping department’s calls for more help from UN member countries. In January 2017, Egypt, for example, promised to contribute a combat battalion, but it is still not operational. Canada has been waffling on its pledge to send troops to a UN mission for more than a year.

• Second, the ability to gather, analyze and share relevant intelligence has been a major hurdle for Minusma despite that it has a specialized intelligence unit. This is not least because of the mission’s limited capacity to patrol and gain the trust of local populations. The G5 force would most likely benefit from intelligence support from the French and American drone bases in the region, but such work is sensitive, and it is unclear how the G5 will improve it.

• Third, the three main security players in the region — the European training mission in Mali, Minusma and Operation Barkhane — tend to nurture their own interests and thereby undermine cohesion and coordination among their various military operations working in Mali. Each operation has a different rationale and separate command structure. So, without adequate coordination, deploying the G5 would add another security force to the militarized interventions, which could stir up more rivalries among them.

• Fourth, Minusma still uses most of its resources on force protection and logistical operations, which prevents it from carrying out other crucial tasks in its mandate, like protecting civilians, creating the right conditions for humanitarian assistance and carrying out the much-delayed peace agreement.

• Lastly, in the remote areas of the Sahel, the populations often consider the police, gendarmes, security forces and custom officers illegitimate. Human-rights organizations have recently documented more arbitrary arrests and violent abuse of detainees during counter-terrorism operations — actions confirming local populations’ sense of injustice and resentment against the state. Thus, regional and international forces need to respond to the security concerns of local people — and provide such basic necessities as pumped water to towns — to progress toward peace and stabilization in the Sahel.

Unfortunately, these challenges will not be met without adequate reforms, financial support, training and joint commitment from the UN, the European Union and Mali’s regional partners.

Without a UN resolution backing the G5 Sahel force, financing will depend entirely on Europe and other nation-to-nation donor support. Europe’s internal security concerns over terrorism, organized crime and illegal migration could create the incentive to strengthen counterterrorism in the Sahel.

How much that effort will ensure long-term stabilization, however, is still doubtful. 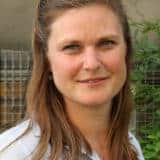 Signe Marie Cold-Ravnkilde specializes in security and development in Africa, particularly in peace-building and state-building processes in the Sahel. She also focuses on West African militants. She is a post-doctorate student at the Danish Institute for International Studies in Copenhagen.