The exhibition “HERStory: A Celebration of Leading Women in the United Nations” was held at the Unesco headquarters in Paris this summer, after it made its debut in New York last year. Designed to showcase the contributions of female leaders throughout the UN’s history, it featured such high-profile personalities as Margaret Anstee, the first woman to be appointed a special envoy of the UN secretary-general to a peacekeeping operation, in 1992, in Angola.

The exhibition pointed to the important roles women have played in the UN throughout the last 70 years, yet overall numbers of female leaders remain far eclipsed by their male counterparts. In fact, despite the UN’s long track record on promoting women’s rights, it still needs to do much more work on increasing female representation at the senior levels of leadership.

The new secretary-general, António Guterres, a former prime minister of Portugal, has pledged gender equality in senior-echelon posts at the UN, but the mere fact of another West European man running the UN once again, since its inception in 1945, is the ultimate symbol of a lost opportunity to show that the world body is an enlightened and relevant institution catering to half the globe. (Previous European secretaries-general are Trygve Lie of Norway, Dag Hammarskjold of Sweden and Kurt Waldheim of Austria.)

Since the creation of UN Women in 2011, the UN finally has a dedicated entity for promoting gender equality with staff members who self-identify as “feminist bureaucrats.” Yet UN Women also runs the risk of repeating a silo mentality common to all gender-equality approaches at the UN — that is, appointing gender focal points across departments, specialized agencies and programs rather than rethinking gender equality across all positions throughout the UN.

The most recent available data compiled by UN Women in 2014 shows that the UN Secretariat, the UN’s policy-making circle, remains distant from achieving gender parity in the three highest pay levels: women make up 26.2 percent of staff at D-2 (Director); 21.3 percent at Assistant Secretary-General (ASG); and 28.6 percent at Under Secretary-General (USG) level.

Former Secretary-General Ban Ki-moon, a Korean, proclaimed to have attained gender parity among the UN’s senior leadership during his tenure and looked to be on track in the middle of his second five-year term, which ended in December 2016. Yet Ban’s balance sheet after 10 years at the helm painted a different picture: in 2015, he appointed only 10 women out of 63 assistant secretaries-general and under secretaries-general appointments; in 2016, he appointed 13 out of 36.

Yet under Boutros Boutros-Ghali and Kofi Annan, previous secretaries-general, there were four to five women heading agencies and holding positions in the cabinet. This record doesn’t show that overlooking of women is somehow endemic and historical, but it’s the leadership that matters.

The balance sheet of Guterres, as of July 11, 2017 (the latest update available), favors gender parity, with 19 women placed among 39 senior appointments. But the story behind his own selection as secretary-general, a process that took place throughout most of 2016, shows continued high hurdles for achieving gender parity at the top. Calls for a female secretary-general throughout last year were heard loud and clear across the world, especially during the most transparent appointment process ever for the UN.

The 13 candidates featured seven highly qualified women, all of whom were voted on with the male candidates in six secret straw polls conducted by the 15 members of the Security Council (14 of which were men). Interestingly, female candidates almost across the board ranked lower than their male counterparts in the straw polls.

As Mogens Lykketoft, the UN General Assembly president at the time, reflected in December 2016: “If anyone can handle this seemingly impossible role at this point in time, it is António Guterres.”

Notwithstanding Guterres’s track record of significant relevant expertise, proclamations of his “unique” suitability for the position underline and reproduce gendered power relations at the very heart of the UN.

While one should not forget that senior UN appointments are often caught up in wider political dynamics among the UN’s 193 countries, gender biases persist within the UN as an organization, culminating in making female leadership “virtually inconceivable,” Goetz wrote.

Biases can help to explain why gender equality continues to evade UN senior management despite the organization’s overt commitment and political will to act. These biases become apparent through the experiences that current and former female leaders shared with me in five conversations I conducted from March to April 2014. This was part of a research project I did on the experiences and challenges of senior female leaders in the UN Secretariat as a postdoctoral fellow at United Nations University in Tokyo.

Gender biases manifest themselves in positional divides along gender lines, such as men occupying more posts of higher organizational power, like the secretary-general, or higher perceived organizational importance. It is noteworthy that female leaders often cover portfolios associated with “feminine” qualities, such as education, social welfare and the environment. By contrast, women have never filled the under secretary-general position for political affairs or for peacekeeping.

In addition, senior female leaders in the UN system often share a sense of entering “a men’s world,” where reaching gender equality is perceived by senior-level staff as an add-on, bordering on a nuisance.

To quote one senior female leader I interviewed: “They [senior level staff] always found a reason for why there should be no gender balance first of all in recruiting, then in retaining and promoting. This was the kind of atmosphere.”

Another female leader recounted the “masculine” atmosphere as a minute-taker in senior board meetings at the beginning of her career, saying: “Even taking notes [sitting] behind I felt intimidated, because it was all men, in a big boardroom with heavy leather chairs. You only had the occasional woman. And there’s no point of having the focus on one because either you are intimidated or if you say anything at all, you are seen to be endorsing what everybody else says.”

Particular symbols can reinforce and sustain gender divisions in an organization and can affect how female leaders perceive themselves and are perceived by others.

The “field,” which is used to describe UN’s operations in host countries, is a typical symbol in the UN. Representing the epitome of the UN’s work, varied and long-term field experience is often essential for internal promotion to senior levels. In conversations with current and former senior female leaders, field experience often appears challenging for women, evoking particular “feminine” objectives in balancing career and family life. These constructs of femininity assume that women have the primary responsibility for child care; as a consequence, their careers are considered less important than their husbands’.

As one woman put it: “A lot of young women find it very difficult to go to the field, especially if they are married with children. And they often get shortchanged, because they are not able to move the way men do, and this builds credibility among themselves and promotion becomes a normal expectation.”

Interestingly, all five senior female leaders I talked to had field experience and combined their work with family life. In talking about their time in the field, they characterized it as having put a strain on their families, but they identified individual coping strategies. This juggling reflects the complex functioning of gender biases in the UN: female leaders are confronted with biases, find strategies to deal with them but still identify field experience as “problematic” for women.

Pervasive gender biases can help explain why so few women move to the higher echelons of the UN. But overcoming these biases is even more difficult than marshaling political will, especially in an international environment where gender biases are more rampant than ever.

My research identified two key steps to resolving the inherent obstacles for women: first, we need deeper knowledge of where gender biases sit and how they deter women from entering and performing well in senior leadership positions. To get more systematic knowledge, UN Women should engage in thorough and UN-systemwide conversations with current and aspiring female leaders.

Second, once concrete problems arising from biases have been identified, UN Women should devise practical solutions toward tackling them — regardless of financial or political backing or the lack thereof from the secretary-general. For example, aspiring female leaders should receive dedicated institutional support when working in “the field” rather than being left to develop individual coping strategies.

In the long run, and as the number of female leaders increases, the equal presence of female and male leaders at the UN should become “normal” and gender biases should begin to fade in importance. 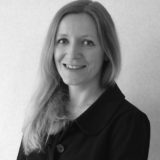