As UN Climate Talks Convene, the Earth Veers Toward Catastrophe

Two years ago, the governments of the world unanimously adopted the 2030 Agenda for Sustainable Development, a remarkable blueprint of the world’s most pressing long-term predicaments that the United Nations is good at lifting into the global conscience. Cataloguing 17 goals and 169 targets, the agenda contains an inventory of the remedial activities that are expected of all countries, and that includes climate change.

As in earlier development goals, the North is no longer decreeing what the South must do and rewarding compliance with financial transfers. The agenda is also remarkable in acknowledging that the challenges are global; the ecological health of the earth is parlous; nature does not negotiate; and time is running out to save the environment as well as to halt the warming of the planet to prevent catastrophic climate change.

As annual UN climate change talks ensue in Bonn, Germany, beginning on Nov. 6, tracking progress of the Paris Agreement, it’s important to recall the value of the 2030 Agenda’s focus on the environment. As part of the lineup, Chancellor Angela Merkel of Germany is scheduled to open the Bonn conference, which ends Nov. 17.

Adopted three months before the Paris Agreement was finalized in December 2015, the 2030 Agenda registers “with grave concern the significant gap between the aggregate effect of parties’ mitigation pledges in terms of global annual emissions of greenhouse gases by 2020 and aggregate emission pathways consistent with having a likely chance of holding the increase in global average temperature below 2°C or 1.5°C above pre-industrial levels.”

Apart from two conspicuous blind spots of the sustainable development program — omission of high population growth in some parts of the world and corruption in many — the agenda is a triumph of multilateralism.

Or, rather, it would be if in all corners of the globe the ringing words were being translated into action, awareness raised, populations mobilized, the business sector engaged and vigorous action catalyzed on decarbonization and socially inclusive economies.

The voices are becoming fewer that speak about global cooperation not as a luxury but as a necessity. Ever-louder calls for more national sovereignty and less “utopian globalism” — the derogatory term recently coined by a conservative American commentator — are symptoms of a paradox: while today’s challenges are complex, integrated and global, forces are gaining around the world whose responses are reckless, trifling and parochial.

Yet, the earth is on life support, with natural resources — air, land, oceans, the atmosphere — being exhausted at a rapid clip.

The Ecological Footprint and the Earth Overshoot Day are theoretical constructs. The former computes humanity’s consumption of natural resources relative to their generation. The latter identifies the day at which nature’s budget in a given year is used up and from whence humanity starts using more resources than ecosystems can regenerate.

Of course, this is a data aggregate that hides the fact that Australia, Canada, Kuwait and the United States have been operating in overshoot as of March 2017; Germany, Korea, Russia and Switzerland in April; France, Greece, Italy, New Zealand and Spain in May; and Colombia, Cuba, Honduras and South Sudan in December.

Like other statistical concepts, the Ecological Footprint and Earth Overshoot Day may not depict reality precisely. They suggest, however, that humanity is living beyond its means. This is true particularly for wealthy countries. These nations not only account historically for the main share of the warming and the environmental degradation, they also have the highest need as well as greatest capacity to decarbonize.

Shifting fossil-fuel-based economies to environmentally viable and socially inclusive ones will be extraordinarily hard. Even in enlightened modern countries, governments find it tough to break with the status quo, regardless how obsolete or unsustainable it is.

My own country, Germany, is a successful, stable, rich and decent place, and the fourth-largest contributor to the UN’s budget and committed to international cooperation. However, Germany’s business model is unsustainable, its ecological footprint worse than mediocre and, despite a supermajority in Parliament until now as well as the government’s solemn obligation, it will miss the European Union’s 2020 climate goals.

The country’s CO2 emissions have increased considerably since the Paris accord’s finalization in December 2015, not only because Germany still operates — and subsidizes — nearly two-dozen high-emitting lignite power plants.  To reach the 2020 goal, German emissions must shrink by 39 million tons of CO2 each year, “about as much as the entire transport sector emits,” a recent study finds.

The German government does not pursue taxation of aircraft fuel or try to undo this flagrant subsidy in other ways at either the European Union or the global level. Is it a surprise that air traffic in Germany in the quarter century since 1990 more than tripled and aircraft fuel consumption nearly doubled?

Merkel, the long-serving chancellor and a physicist, surely knows that the days of the internal combustion engine are numbered. Nonetheless, on behalf of the country’s car industry, she lobbied other European countries to go easy on emission controls.

Germany is typical of many governments’ close links with industry and the resulting mercantilist inclination that values short-term benefits — profits and jobs — more highly than people’s health, environmental sustainability or even economic viability in the medium term.

Another instructive case is Canada. The $7.4-billion Trans Mountain Pipeline Project will pump 890,000 barrels of (highly polluting tar sands) oil a day along a 750-mile route from Alberta to the Pacific coast.

While the pipeline will emit up to 17 million tons of CO2 a year, the prime minister, Justin Trudeau, who likes to project an image of climate-consciousness, supports the project. How Canada will meet its emission reduction goals, therefore, is an open question.

All of which does not bode well for the 2030 Agenda. Like the Paris Agreement, it is a major achievement in defining problems and outlining the tasks ahead. Yet mapping the journey is not the same as actually moving forward. As matters stand, the emissions-pledge pathway negotiated in Paris has a probability of more than 90 percent to exceed 2 degrees Celsius, and only a “likely” chance of remaining below 3 degrees Celsius this century.

So, even if current commitments were kept, a one-third probability of climate change in excess of 3 degrees Celsius would remain.

Richard Millar, the lead author of a recent study and a climate researcher at Oxford University, affirms that the Paris goal of 1.5 degrees, while not impossible, is “just very, very difficult.”

That portends catastrophe. Until now, the global climate has warmed by 0.9 degrees compared with pre-industrial levels, yet climate disasters are intensifying everywhere. Will a technical deus ex machina emerge or will national and international governance coherence materialize while there is still time? 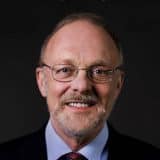 As UN Climate Talks Convene, the Earth Veers Toward Catastrophe