A Trove of Resources for Navigating Our Angry World

In the dark shadows of rising populism and hypernationalistic leaders, attempts to intimidate reporters and curb the exchange of information are taking on less visibly crude but still dangerous forms. The menace, highlighted in the United States by Donald Trump’s contemptuous accusations against the press, television and social media, has global echoes.

There is no region unaffected by the trend, no longer just in predictably totalitarian systems like China, North Korea, Vietnam, Eritrea or Cuba. From democracies around the world — in Australia, India, Russia, Central Europe, Turkey and Brazil, to name just a few — reports emerge of governments devising new control measures or tightening laws, employing more surveillance and scaling up arrests and detentions to silence commentators, investigative journalists and ordinary beat reporters trying to do their jobs.

How to decipher international news and trends or know what and whom to believe becomes harder in a conflicted media world with its competing versions of “truth.”

“The fact is that while we are awash in information, there are tremendous gaps in our knowledge of the world,” Joel Simon, the executive director of the Committee to Protect Journalists, wrote in the introduction to its 2017 report, “The New Face of Censorship,” part of a series of publications monitoring attacks on the press.

“The gaps are growing as violent attacks against the media spike, as governments develop new systems of information control, and as the technology that allows information to circulate is co-opted and used to stifle free expression,” Simon wrote. Trump’s tweets and heated rants about fake news may get the most attention. “But around the world the trends are deeper, more enduring, and more troubling.”

In New York, the Carnegie Council for Ethics in International Affairs presents programs year round and compiles other resources to inform the public on current affairs, including videos, audio podcasts and transcript of talks by experts. In 2017, the Council’s podcasts, many of them studio productions, were downloaded more than a million times on iTunes and YouTube, said Madeleine Lynn, the organization’s communications director. She added that there were also more than 400,000 views of the Council’s public programs with live audiences in Manhattan.

Audio and transcripts of programs are posted within two to three days after an event, and full-length videos appear on YouTube the same day or early the next. Public events are normally live-streamed as well as recorded. An online calendar lists upcoming programs.

A current popular “package” of material has been built around the theme of Democracy and its Discontents. It includes a talk in June 2017 by one of the world’s leading experts on legal protections for the media, Floyd Abrams, titled “The Soul of the First Amendment,” an event moderated by Joanne Myers, director of the public affairs program at the Carnegie Council and a contributor to PassBlue. [Full disclosure: I am a Carnegie Council board member.]

Abrams began with the story of how the 18th-century writers of the United States Constitution, meeting in Philadelphia, had debated, argued and finally adopted the novel concept (for its time) of unhindered freedom of the press.

“When the subject arose on the floor in Philadelphia about whether they should have a Bill of Rights — only 10 states were at that meeting — . . . every state voted against it,” Abrams said. “People like Alexander Hamilton — now a musical comedy person — when he was the real Alexander Hamilton, was against having a Bill of Rights. He wrote in The Federalist, “Why should we start listing all the things that the Congress cannot do when we never said they could do them?”

That opinion was soon outvoted, and today the Bill of Rights begins with constitutionally protected press freedom, along with freedom of speech and religion. The First Amendment became an American cultural imperative, at least until Trump began to find ways to attack and undermine journalists.

In the past, American journalists have run into trouble and occasionally were prosecuted for writing about national security, or they have gone to jail for refusing to disclose sources to authorities. Reporters say they face vicious trolling on social media and sometimes death threats. Some consumers of news from traditional, trusted sources worry about the long-term effects of Trump’s blanket disdain for journalism and free speech, including on social media, when bloggers and fact-checkers point out his repeated falsehoods — many of which he had posted on Twitter for millions of people to read.

In his Carnegie talk, Abrams surveyed international differences in interpreting such controversial topics as hate speech and libel. He noted that there is considerable latitude in what various democracies allow.

“Donald Trump, when he was running for president, said things which would have been criminal throughout the entirety of Western Europe about Muslims, Mexicans and the like,” Abrams said. There are totally different approaches to defining what hate speech is, he added. “We refuse to define what speech that is, and other countries, democratic countries — Canada, England and the like — do define it, and do say — and have said — if you want to say ‘Islam out of Britain,’ that’s a crime. It is picking on an oppressed minority.”

The voluminous Carnegie package on Democracy and its Discontents also contains a conversation with Leon Botstein and Walter Russell Mead on the “Crisis of the Liberal Order” and a provocative discussion with Pankaj Mishra centered on his recent timely book, “Age of Anger: A History of the Present.” In a program titled “Question of Order: India, Turkey and the Return of Strongmen,” Basharat Peer described how Narendra Modi and Recep Tayyip Erdogan share “a lack of concern or respect for all liberal democratic values, whether it is the rule of law, dissent, freedom of expression or the rights of minorities.”

A separate but related and timely program on Jan. 24, “Moral Leadership Missing in Burma,” features Derek Mitchell, the US ambassador to Burma from 2012 to 2016.

In the Carnegie Council Ethics Corner, a collection of dozens of short videos treat subjects as varied as ethical consumer choices, philosophical ideas and national security, all designed to provoke discussions in classrooms and local civic groups.

All of the Council’s archived material online is publicly accessible and free.

A Trove of Resources for Navigating Our Angry World 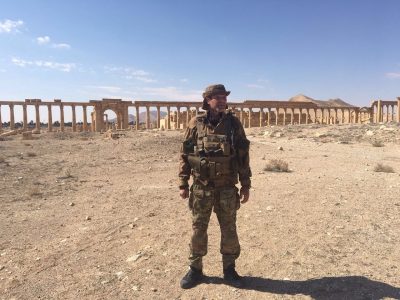