In the world of fake news, the United Nations has been a prime target since it opened its doors in 1945. These days, spending just a few minutes on Facebook and Twitter, two sites located at the epicenter of the fake news epidemic, reveals claims — real and imagined — pushed by critics of the UN.

Did you know, for example, that the UN is preventing everyone from realizing the world is flat? Even better, the UN is so proud of the fact that it has prevented everyone from knowing this “fact” that it decided, in 1947, possibly being the first media troll, to punk the whole planet by showing that the earth is really flat, using its logo. 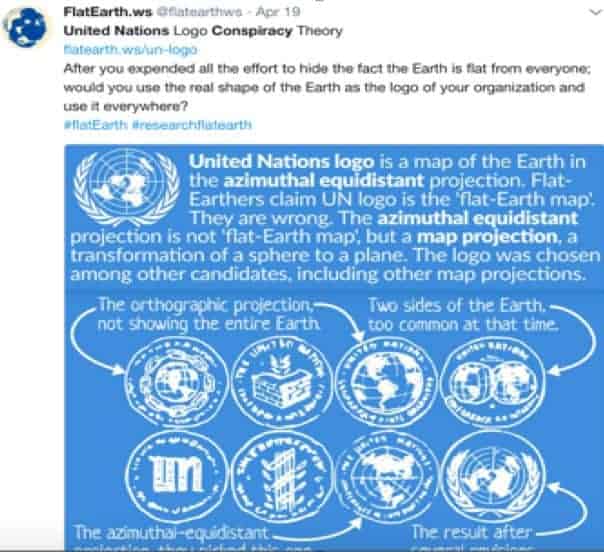 On the social media feed of Breitbart News, you can learn how refugee resettlement will cost taxpayers of the United States $8.8 billion over five years. (The Breitbart article is based on a study that admits that the figures are only estimates because refugees will access welfare and other government assistance at different rates and that the number of refugees entering the US changes annually.)

Or you can find out about UN Secretary-General António Guterres’s diabolical plan to undermine the Western world order he is supposedly working so hard to preserve by promoting mass migration. (The UN Global Compact is being negotiated to manage the unprecedented flows of people across the world, to which the US had dropped out of the discussions.)

According to the Pew Research Center, 93 percent of American adults get their news online. An active social media presence and certain views can construct a unique, if not always correct, worldview. If any organization knows this acutely, it is Facebook, which just launched a program to help its users identify fake news. Britain, the US and many other countries have held congressional and parliamentary hearings to combat the trend.

Britain has gone so far as to create an anti-fake news nation security unit. France has proposed imposing stricter rules on social media about disclosing sources of apparent news content.

Recently, Pew and Oxford University separately released studies showing that right- and far-right-leaning digital media users are more likely to share misinformation and fake news than other ideological groups. Digital media’s sharing algorithms, paired with divisive partisanship, have created a polarized public discourse and bubbles, in some cases, of misinformation.

A panel on April 24 convened at the New School in New York to talk about how the UN is affected by fake news, featuring Barbara Crossette, a senior consulting editor for PassBlue, who wrote an analysis of the UN’s media ecosystem in 2016; Stephen Schlesinger, author of “Act of Creation: The Founding of The United Nations”; Sean Jacobs, founder of Africa Is a Country blog and an associate professor of international affairs at the New School; and Minh-Thu Pham, executive director for policy of the United Nations Foundation.

As growing anti-intellectualism has turned the words “globalist” and “internationalist” into insults, a multinational institution like the UN is a prime target. Even governments are not above being purveyors of fake news, or alternative facts, as a press officer for Trump’s administration put it. Crossette pointed out that at one time the US Congress debated whether Unesco was trying to steal the national parks.

The problem of aligning all the viewpoints and intentions of the 193 member countries of the UN creates certain vulnerabilities for its communications, leaving it ripe for attack. The panel discussed the areas where the UN was especially vulnerable to misinformation, with weaknesses stemming from its sheer size and inability to advocate for itself out of lethargy, tradition and fear of offending one of its many member nations.

“For years, there have been rumors about the UN’s military power,” Crossette said, providing the lightest line of the April 24 event. “That the UN had tanks and Blackhawk helicopters ready to attack. Let’s just think about that in New York City, where would they park?” (The UN has no Blackhawk helicopters or tanks.)

In today’s fake news era, Alex Jones, Breitbart and other providers of information and misinformation favored by the Trump administration have no trouble faulting the UN, centering it among global conspiracies meant to undermine individual nations’ sovereignty.

Ironically, it is the respect for sovereignty, according to Schlesinger, that has allowed the UN to thrive in its 73 years of existence, rather than falling to the wayside like its predecessor, the League of Nations.

In another irony, the UN is often paired with the nebulous “deep state,” inciting conflict. Jones, on Infowars, recently paired the two as working together to bomb Syria and create World War III, a bit like a dentist handing you candy after a visit — ensuring repeat customers. 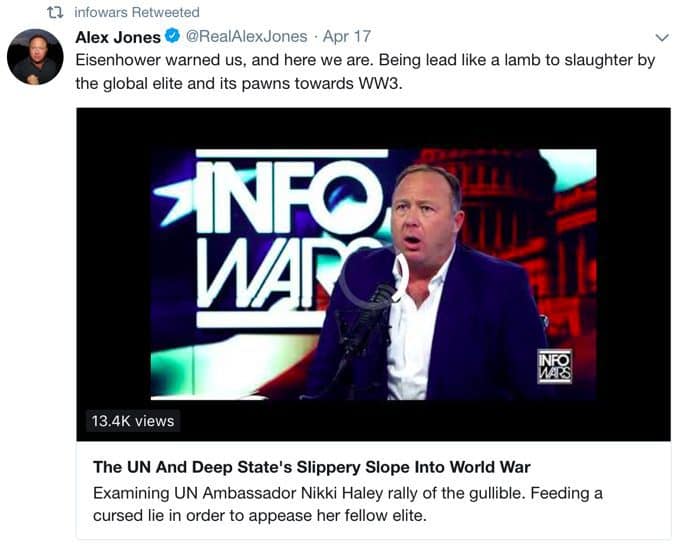 Compounding polarization in media coverage and consumption, according to Jacobs of Africa Is a Country, is the shift both in legacy news media — platforms that originated on another medium and moved to digital coupled with emerging technologies — and digital content providers covering the news.

The immediate need for content demands that online sites constantly supply material for people to read, and to satisfy this insatiable desire, the articles often have negative headlines, says one study, perpetuating a negative bias.

Within the US, a preoccupation with the foibles and lies of the current White House administration has limited foreign affairs coverage; as a result, UN bureaus of independent US news media outlets have contracted if not practically vanished. Within the US, more people are watching the news, but they are watching local and national coverage, not international news, unless it involves a horrendous problem, like the genocide of the Rohingya in Myanmar; the wars in Syria and Yemen; or the dramatic influx of refugees and migrants into Europe.

According to Jacobs, it may be that the UN is not a natural fit for the fast-shifting landscape of 21st-century media.

“Social media, particularly Twitter, changed the language and pace of how we discuss and how we debate international politics, international relations, in a way that’s kind of like the effects of steroids,” Jacobs said, emphasizing that change in media correlates to a change in how diplomacy is deployed.

Citing leaders who used social media successfully to reach a large base — President Recep Erdogan of Turkey, President Narendra Modi of India and Trump — Jacobs noted how international affairs and foreign policy have moved beyond how legacy media and 20th-century structures covered and communicated news.

“The way that international relations is conducted is very different from the way it was conducted before, Jacobs said. “And I’m not sure whether this has something to do with the UN being or not being ready for or not made for it.”

The UN can provide straight news on its Twitter accounts, which run from official pages of agency heads to development experts, but how does it create a personality that draws people back, eager for useful, reliable information?

Pham of the United Nations Foundation concurred, pointing out that the “alphabet soup” of agencies that make up the UN, from CTBTO (Comprehensive Nuclear-Test-Ban Treaty Organization) to WMO (World Meteorological Organization), must create their own personalities and presences on social media, producing inconsistent messaging from the UN and a mixed bag of information, from breaking news to public relations.

The UN is also hampered in contradicting fake news coverage by how communications are still handled within Turtle Bay, the nickname of the UN compound in New York. Much of the work of the UN, including by the top brass, is done behind the scenes, creating a veil of silence that harks back to the Cold War and one that no one is eager to lift, despite calls for “transparency.”

The secretive nature of some Security Council meetings — euphemistically, “consultations” — hinder the flow of good news stemming from the Council, which does exist; such as, most recently, the peacekeeping mission in Liberia closing on good terms with its “host” country.

“The UN must elevate that it is in the business of truth and facts,” Pham said, to cut through the “surround sound Trump” coverage. She cited an Edelman Trust Barometer showing that while the level of trust in media has been plummeting, the UN is more trusted than many governments.

“In 73 years of the United Nations,” she added, “there has not been a cycle of global conflict. But with the current rise of nationalism, the rules-based order is starting to erode. This is where fake news gets the most dangerous.”

Schlesinger, however, injected an optimistic reality, saying, “The UN has successfully recreated itself for every season.” 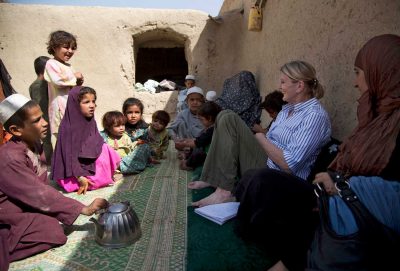 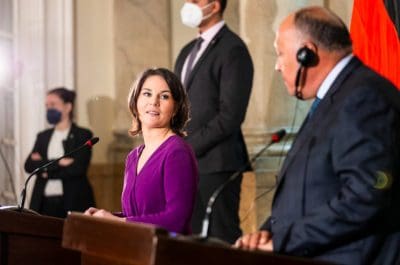 Feminist Foreign Policies Increase in Number. Do They Matter? 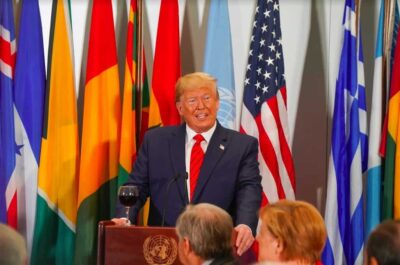 The Top 10 PassBlue Stories of 2019: From Strongmen to Sexual Harassment 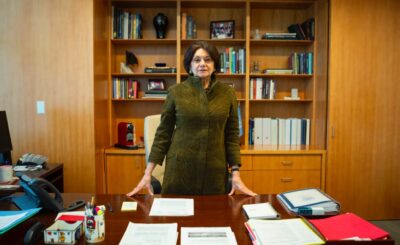