A new series called “Peacebuilders,” offering a weekly podcast of interviews with a diverse array of African and other professionals on vital issues they confront in their work in East Africa, has been introduced by the Carnegie Corporation of New York. The nine-part series debuted on May 1, with the first one focused on the evolving role of ethnicity in the region and how it plays out in conflict and post-conflict settings.

The second podcast, released on May 8, is about the United Nations-African Union peacekeeping mission in Somalia and how the waning interest among major financing powers in the mission means that responsibility for resolving the conflict is falling more into the hands of local and regional players.

On the first podcast, they discuss ethnicity in East Africa with such specialists as Jok Madut Jok, the executive director of the Sudd Institute, an independent research group in South Sudan, and an ex-government minister; Rashid Abdi, project director of the Horn of Africa sector for the International Crisis Group; and Nanjala Nyabola, an independent researcher and Kenyan political commentator. The interviews were held in Ethiopia and Kenya.

The podcasts are meant to explore “critical issues affecting Africa through on-the-ground conversations with researchers, journalists, NGO practitioners, and government officials,” the Carnegie statement said. “Our goal for this series was to develop an immersive and informative program that showcases a new generation of African voices.” Posting Tuesday mornings, “Peacebuilders” will also explore such matters as the future of the African Union, immigration, media and elections in Kenya.

The initial podcast explores the complexities of East Africa, where political tensions abound and pockets of intense fighting exist while peace talks and peacekeeping missions strive to cool down the warring factions. How does ethnicity play a role in such settings?

In Somalia, for example, there is one major ethnicity, yet clan structure within the single Somali ethnicity undermines the state-building process, says Abdi. “You create an ethnic state, or an ethnic subnational state. That does not create a cohesive society. It actually legitimizes other competing sub-sub-national interests.”

Ethiopia is ruled by a coalition of four ethnic parties, but they do not represent everyone in the country, so finding the right power balance is difficult, according to Solomon Dersso, an Ethiopian scholar who speaks on the podcast and is the commissioner for the African Commission for Human and Peoples’ Rights.

“On the one hand, you have this highly centralized decision-making process; on the other hand, you also say that you actually give some autonomous space for decision-making for others, all right?” he says. “Getting the balance between these two is extremely difficult.”

The current system is a response to ethnic power-hoarding that occurred during the previous Ethiopian regime, held by the Derg governing coalition, Dersso said. (The Derg stands for the Coordinating Committee of the Armed Forces, Police and Territorial Army, which ruled Ethiopia from 1974 to 1987.)

“I think the tribe has become stronger,” Jok said. “Even when people flee, they flee to areas they know they will be able to converge with their relatives and with their community members. Such that if you go into an IDP [internally displaced person] camp, you find that the groupings of people are grouped according to those ethnic groups.”

Nanjala Nyabola, the Kenyan researcher, spoke about how international media can misrepresent the importance of ethnicity and create divisions when the issues are more universal.

The first thing people ask you when you arrive in Turkana, a region in northwest Kenya, is, Nyabola said, ” ‘How is Kenya?’ If you go to Marsabit, if you go to Mandera, Garissa, it’s the same — ‘How is Kenya?’ ” Nyabola said. “When you talk to those people about ethnicized politics and all of that, they look at you like you’re crazy because it doesn’t do anything for them, it doesn’t matter whether the person in charge of Kenya is Kikuyu or Luo or Kamba or whatever.”

In all the countries discussed on the first “Peacebuilders” podcast, the experience of the role of ethnicity in politics varied widely, and how it manifests depends on other political contexts. From a country with one ethnicity, Somalia, to those with dozens, like South Sudan, political stability in East Africa seems to stem from other considerations, too.

Besides being available on the Diffusion channel, the episodes are found on AllAfrica.com. (Disclosure: The Carnegie Corporation of New York is a financial supporter of PassBlue.) 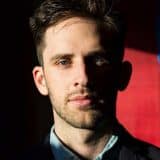