Mexico City, 1975: When the Year of the Woman Was Born

From 1975 to 1995, the United Nations sponsored four international conferences on women that produced wildly optimistic blueprints for concrete gains. Some people dismiss these forums and the programs for action that they generated as lacking strategies to carry them out. Others insist that the conferences raised awareness, shaped aspirations, fostered activism and, in countless ways, significantly changed how countries deal with sex-based inequality and discrimination.

In “International Women’s Year: The Greatest Consciousness-Raising Event in History,” Jocelyn Olcott, an historian at Duke University, adds substantially to the historiography of women on a global stage with an in-depth look at the first of these UN conferences, in Mexico City, in 1975. There, women came together united by bonds of disadvantage in a world of male privilege but divided by major distinctions of class, race, culture and geography. The conference — and its parallel civil society forum, which attracted a then-record 4,000 participants — made front-page news across the world.

“Countless studies had shown . . . that no matter what their circumstances, women were worse off than their male counterparts: they had poorer diets, labored more hours and in greater drudgery, enjoyed fewer rights, earned less income, had fewer educational and career opportunities, had lower literacy rates, and possessed less social and cultural freedom,” Olcott wrote.

Yet the media focused unrelentingly on what divided the women at the conference, not what united them. In the 1970s, it was still a struggle to have women’s issues taken seriously.

A single, powerful image emerged from Mexico City that came to define it: an Associated Press photo of two activists vying for a microphone that was widely portrayed as a “catfight” between women of the first and third worlds. It actually captured two activists from Latin America, who were competing gently for attention at the forum.

In Olcott’s telling, the coverage turned to pure farce when, after the initial, erroneous reporting, organizers held a press conference advertised as a “unity panel.” Instead, it generated an even-more enduring image of conflict when Domitila Barrios de Chúngara, the humbly garbed wife of a Bolivian tin miner, suddenly appeared on the stage and condemned the feminist agenda for what she perceived as its inherent class bias. A third widely reported face-off between her and Betty Friedan was totally invented.

Olcott’s point is that these selective images and the narrative of geographic, class and racial conflict reflected the biases of the reporters covering the event (and of a first generation of historians who never verified press reports).

Confrontations did occur in both the nongovernmental organization forum and the parliamentary proceedings. These disputes reflected legitimate and important fractures of class and race, as well as matters more far-ranging — from still-raw differences among women over sexual and reproductive rights, including family planning, abortion and sexual identity — to endemic UN conflicts over Zionism and other geopolitical disputes. Olcott suggests, however, that unity was never the objective —that the many moments of discord during the proceedings were actually productive.

Olcott considers how an event that might have been a parade of bureaucrats, talking heads and garden parties instead became “the launch pad for an  array of global feminisms.” Disunity was cultivated.

“[key] players took the risk of inviting chaos and conflict,” she writes. “Throughout the planning and execution of IWY [International Women’s Year] events, an inverse correlation became evident: the less controlled, managed, and scripted a gathering, the more likely it was to become memorable and generative — of new friendships and networks, of new policies and practices, and of new institutions and structures.”

Incorporating a range of perspectives, the final document of the conference, a Plan of Action, had a transformative impact on feminism across borders and on global development policies, which now routinely incorporate considerations of the intersection of gender, race, class and culture. The plan acknowledged the need for more discourse around women, not less. In Olcott’s view, it was the opposite of a polemic. And the UN, in this respect, has been a significant knowledge-producing institution.

Olcott counters criticism on the right and left that the agenda of  “cosmopolitan elites” who have gathered in global forums is necessarily hegemonic and conflicts with the legitimacy of claims of cultural pluralism. She makes a compelling case for the open-mindedness of global actors and the intolerance of many of their local critics, who often hold the women’s agenda captive to larger complaints about globalization and its oppressions — some real, some invented.

Olcott points to influential people from the global South, like the economist Devaki Jain of India; the environmentalist Wangari Maathai of Kenya; and the women’s health and human-rights defender across the Caribbean, Peggy Antrobus. “These women were not grassroots activists — but rather highly educated professional women who, following IWY, had a hand not only in shaping national and UN policies but also in creating new networks that fostered new generations of cosmopolitan feminists.”

These international efforts galvanized countless governments to form national commissions on women, which, in turn, fostered tens of thousands of grassroots NGOs that work across sectors around the world. Local NGOS went on to form important regional networks. The opening of the International Women’s Tribune Center in New York shortly after the conference kept NGO networks in touch long before the Internet. Activist women, global and local, moved to the forefront of public policymaking. As a result, women, once intensely distrustful of official expertise, learned to work collaboratively and effectively with governments.

One essential tenet of the 1975 conference, however, went unheeded. Ester Boserup, the path-breaking feminist economist long employed by the UN, challenged conventional economic theory, contending that gauges of economic growth (i.e., GDP) systematically excluded most women’s labor and development programs. The gauges’ emphasis on mechanization and commodities production, “contributed to women’s economic marginality and increased their labor burdens,” as Olcott describes it.

Boserup argued instead for a commodification of the agricultural and domestic employment of women and for parallel social investments to alleviate the burdens on women who must balance paid work with unpaid family obligations. This galvanized the Women in Development movement, another important takeaway from Mexico City.

Bold verbal commitments to advance gender equality were not, however, met by meaningful public investment to help women realize rights and take advantage of new opportunities. The years since 1975 instead coincided with the triumph of global, neo-liberal economic policies that promoted private-sector investment on the basis that only gains from unencumbered capitalism would produce robust growth and provide a ladder of opportunity.

Global and local resources that women’s movements were counting on did not grow but diminished. Public spending shrank overall, especially in areas critical to women’s progress, such as education, health care, child care and other family-friendly workplace reforms. The array of social investment that had earlier followed modernization in the North — welfare policies and social safety nets that address market-driven inequities and other failings of the private sector, for example — failed to take root in the global South.

In Africa, especially, already diminished resources were reduced by crises unforeseen in the 1970s, including regional conflicts that have spawned large refugee populations, health epidemics like HIV-AIDS and environmental challenges induced by extreme weather, like droughts.

Yet Olcott remains hopeful, writing that a critical transformation has taken place in sustainable development and in the legal and policy instruments necessary to advance it. Once-blinkered global entities, including the World Bank, the International Monetary Fund and the Organization of Economic Cooperation and Development, with major European and Asian donor countries and large private philanthropies, are increasingly making women and girls central to investment considerations.

A longer version of this book review originally appeared in Women’s Review of Books. 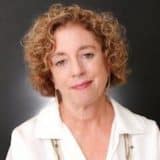 Ellen Chesler, Ph.D., is a senior fellow at the Roosevelt Institute in New York City and a visiting fellow at the Ralph Bunche Institute for International Affairs at the Graduate Center of the City University of New York.

Mexico City, 1975: When the Year of the Woman Was Born