After fleeing violence and unemployment in their home country for the relative stability of neighboring Iran, hundreds of thousands of undocumented Afghans are now returning home. The mass reverse migration is taking place just as the United States, eager to withdraw from Afghanistan, holds its most concerted peace talks with the Taliban in years.

The returnees are mostly men, including boys under 18 years old who were sent to Iran by their families to find work. “Marginalized, uprooted, [they] are going to be a very big and desirable target for insurgents,” said Michael Kugelman, a senior associate at the Wilson Center, a Washington think tank.

Nearly two million undocumented Afghans have lived in Iran. Barred from white-collar jobs, Afghans working in farming and construction typically earned more than double in Iran what they could expect back home. But when the US reimposed sanctions on Iran last year, many of the migrants lost their economic footing.

From January through September 2018, more than 600,000 Afghans returned to their country, nearly double the number during the same period in 2017. The sharp influx is “an apparent response to the worsening economic situation” in Iran, says a recent United Nations report.

The sanctions, initiated last May as part of President Trump’s exit from the Iran nuclear deal and fully reimposed in November, are inadvertently pushing undocumented Afghans back across the border. After Iran’s major industries, including car and oil production, took major hits, inflation rose, currency value plummeted and work dried up, suddenly making it too expensive to stay.

Aimed at forcing Iran to change its “malign” behavior in the region, as the US puts it, the sanctions have crippled the economy without delivering the desired results, many believe. The Iranian government’s own mismanagement of its economy hasn’t helped.

Afghanistan is hardly equipped to absorb the returning population. The government, plagued by inefficiency and corruption, has long struggled to provide its citizens with basic services and security.

Kugelman, at the Wilson Center, predicted that the reverse flow will worsen a longstanding humanitarian crisis, putting “even more of a strain on the labor economy, which is already under a tremendous pressure now,” he said. “There’s simply not enough jobs to go around in Afghanistan.”

Safety is an issue for Afghans staying on both sides of the border.

Tensions are rising in Iran as the US insists on keeping the sanctions in place, saying they can reduce Iran’s support of militants and terrorists, weapons proliferation and malicious cyberactivities.

The influx of returnees occurs at a particularly precarious time for Afghanistan, as current peace talks between the US and the Taliban have referred to the withdrawal of half of the 14,000 American troops in the country by the end of April. The withdrawal is a worrying prospect for the Afghan government, which has relied heavily on US involvement since 2001.

A potential peace deal includes coordinating a cease-fire between the US and Taliban in exchange for the Taliban’s commitment to begin talks directly with the Afghan government and not to allow international terror groups back into the country. Talks appear to be accelerating as the Taliban have assembled a 14-member negotiating team and announced talks with the US to take place in Pakistan on Feb. 18, before scheduled meetings in Qatar. The Pakistan meeting, however, was canceled on Feb. 17.

For some Afghans, the peace talks mark important progress, offering hope for more stability after decades of relentless war, tens of thousands of civilian deaths, devastating poverty and dangerous living conditions, especially for women and girls. Yet concerns surround the peace talks, including the violent conflicts that persist inside Afghanistan, and the Taliban’s track record in its treatment of women, minorities and ethnic groups.

Women have made political, economic and social strides over the last 20 years. Recently, for example, the UN reported that women participated in relatively large numbers in the parliamentary elections in October; of 8.5 million registered voters, an estimated 35 percent were women, an increase of 8 percent over the 2014 presidential election.

On Election Day, female turnout was estimated at around 30 percent of the electorate. Approximately 13,000 Afghan women reportedly participated as election observers across Afghanistan.

So far, however, women are not included in the peace talks, and for many women, conditions remain lethal, especially in areas under Taliban control.

As for overall violence that continues unabated in the country, in a special report in October, the UN Assistance Mission in Afghanistan (Unama) documented that the use of improvised explosive devices by antigovernment forces reached record-high levels in the first three quarters of 2018, increasingly targeting civilians, particularly around the parliamentary election campaigns.

Civilian casualties from aerial strikes by pro-government, or Western-led coalition forces, wreaked damage too, with the UN recording 313 civilians killed and 336 injured, more than half of the casualties women and children.

“The Taliban insurgency has never been stronger,” Kugelman said. “They control more territory than any time before since U.S. troops entered the country.”

Afghan women and girls who are returning from Iran do not tend to come back alone, but those who do risk being trafficked by insurgents like the Taliban. About half of the 121 females who were documented by the International Organization for Migration (IOM) as returning unaccompanied from Iran were younger than 18.

Migrant status makes a difference when crossing the border. The IOM helps some undocumented returnees, while the UN Refugee Agency (UNHCR) provides all documented refugees with some cash and other support to reintegrate.

The difference in scale between types of returnees is staggering. Of 950,000 registered refugees living in Iran, fewer than a half-percent returned to Afghanistan in 2018. Of two million undocumented Afghans in Iran, 40 percent have returned since the beginning of 2018.

A UN entity, the IOM helps undocumented returnees who fit one of 12 categories, like people with disabilities, single women, poor families, the elderly and unaccompanied minors. Support comes in the form of temporary accommodation, medical assistance, food and cash to cover travel to their final destinations in Afghanistan. Most returnees from Iran go to urban areas like Kabul, Kandahar, Jalalabad and Herat, since they are safer and offer more jobs. 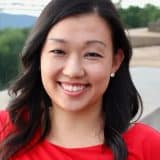