President Trump’s Goal for Financing Palestinians Is a Guessing Game

The United Nations refugee agency for Palestinians is vastly short of funds for 5.4 million people, while the Trump administration is doing its best to shut down the program and initiate new, albeit controversial financing.

At issue was a “workshop” in Bahrain, held last week and organized by Jared Kushner, the son-in-law of President Trump, who seeks to raise $50 billion in funds and investments for countries housing Palestinian refugees. But the plan, released first by Reuters and still largely smoke and mirrors, avoided submitting a political solution, which may not come until after planned elections in Israel in October.

Palestinians as a whole boycotted the Bahrain meeting, and at least one merchant who attended was arrested — then released — for defying orders, the Israeli newspaper Haaretz reported on Saturday. Otherwise, Israeli finance officials were invited, rather than government leaders.

Hanan Ashwari, a Palestinian legislator, tweeted: “First lift the siege of Gaza, stop the Israeli theft of our land, resources & funds, give us our freedom of movement & control over our borders, airspace, territorial waters etc. Then watch us build a vibrant prosperous economy as a free & sovereign people.”

It could have been worse. The United States meeting drew officials and businessmen from Persian Gulf nations, billionaire fund managers and the heads of banks and multinational corporations like AT&T, according to The New York Times. Israeli journalists seemed delighted at being able to cover the conference.

Christine Lagarde, the director of the International Monetary Fund, complimented the sessions but said through an official statement that “improving economic conditions and attracting lasting investment to the region depends ultimately on being able to reach a peace agreement.”

Anshel Pfeffer, an author and Haaretz columnist, wrote: “So no, it won’t bring peace. But just by taking place, the economic workshop has moved the needle in a major way against the Palestinians and in the direction of Benjamin Netanyahu’s vision for the . . .  region.” (Netanyahu, the Israeli prime minister, excludes a two-state solution and insists that Jerusalem should remain in Israeli hands.)

“Netanyahu has never called for their surrender because, as far as he has ever been concerned, the Palestinians will simply be left with no choice once their Arab brothers abandon them. And Bahrain brings him closer to that objective,” Pfeffer added.

Silence on the UN refugee agency

No one mentioned the Palestinian relief agency, known as Unrwa, for UN Relief and Works Agency for Palestine Refugees in the Near East. Jason Greenblatt, the US envoy for the Middle East, told the UN Security Council in May that the “Unrwa model has had its time.” He added, “It is in a permanent crisis mode . . . and running on fumes.” No Security Council member agreed with him.

One reason is that Trump has cut the US aid to Unrwa to zero. In 2017, Washington paid $360 million to the agency, which delivers education, health care services and other humanitarian assistance to millions of Palestinians. This was reduced to $60 million in 2018 and nothing in 2019.

The US also cut $10 million from Israeli-Palestinian sports and culture programs and $25 million from hospitals in East Jerusalem that treat Palestinian cancer patients.

To meet its $1.2 billion annual budget, Unrwa held a pledging conference in the UN General Assembly last week, at the same time as the Bahrain conference. The agency raised $110 million in pledges, but the General Assembly president, María Fernanda Espinosa, told reporters that twice as much money was needed to get through the summer and the opening of schools.

Most pledges came from European nations.

“It’s a very good amount, but we clearly need more money. We’re not out of the woods by any stretch of the imagination,” Pierre Krahenbuhl, the agency’s commissioner-general, told reporters after the conference (see UN video above). The agency is now operating in the red. He hoped the money would be received soon or he may have to cut food to one million Gaza residents this summer and delay “the prospect of opening the school year in time for half a million boys and girls.”

Besides providing education and health care clinics to Palestinian refugees, the agency also offers housing and emergency responses related to the conflict with Palestine and Israel. It hires teachers who then support their families. Its services would be hard to duplicate in Jordan or Lebanon, not to mention Gaza or in the ravages of Syria.

Unrwa was established after the 1948 war, when Israel was created, to help the 700,000 Palestinians who fled or were forced from their homes. Today, counting children of the refugees, it services 5.4 million people.

Education is provided to 500,000 Palestinians and health care offered at 144 centers, with about 8.5 million patients annually. Unrwa has become a major employer, especially in Gaza.

The next few months will tell if the international community, mainly Europe and the Arab world, will supply a financial safety net to Unrwa, as the two regions did last year, when the US suddenly reduced its contributions. Saudi Arabia, Qatar and the United Arab Emirates each gave $50 million more last year to their regular donations in a pledging conference last September in New York. Japan pledged $15 million beyond its annual contribution.

If the money doesn’t come in soon, however, the refugees will have to start fending for themselves — not just in the West Bank and Gaza, but also in Jordan, Lebanon and Syria.

Another problem is that in many of the host countries, Palestinians cannot work or meld with the populations. Syria, before the war, was an exception.

For the time being, Unrwa will stay in business, but a cut in its services may be the sad solution and could foment more unrest in the region. 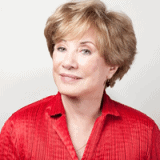 President Trump’s Goal for Financing Palestinians Is a Guessing Game