As a human-rights defender and women’s rights campaigner, I continue to be struck not by the many challenges now facing women’s rights organizations but by the constant calls for women to “push back against the pushback.”

This call for women to push back against the many forces oppressing women’s rights organizations was repeated in a quote by the United Nations Secretary-General António Guterres in a recent article in PassBlue, “Calling All Women’s Groups: Help Shape the Beijing+25 Agenda.”

I have no doubt Guterres’s remark was well intended, but it left me feeling frustrated. Women human-rights defenders have always been pushing back — it’s time for others to get in formation and join us.

For decades, women’s movements have led the way in seeking radical change to the most damaging aspects of our societies, while global politics and policy often lagged. My own vantage point may be somewhat different to the secretary-general’s, but it illustrates my point.

In 2010, I volunteered with Reach Out, a community-based organization in Buea, the capital of Cameroon’s southwest region. Cameroon was then considered by many people and governments in the region and beyond to be a stable African country and a pivotal ally among its more turbulent neighbors. The women I worked with lived in a highly patriarchal society, taught not to question their fathers or husbands, let alone the president, Paul Biya (who is still president). They defied social norms and fought daily to support the most marginalized people in their community — including young single mothers, Mbororo women, disabled people and people living with HIV. Mbororo are indigenous people of predominately Muslim faith.

Thirty-seven years into President Biya’s presidency and after nearly three years of violence in Cameroon’s Anglophone regions, the women working with Reach Out must now also defy the government. The organization’s formidable executive director, Esther Omam Njomo, has “pushed back” all the way to the UN Security Council to spotlight the abuses happening in her community. That same Security Council visited the West African nation just a couple of years before. Despite serious human-rights concerns, the Council’s members said “we stand with the government” in its fight against terrorism. The Council’s three current African elected members, Equatorial Guinea, Ivory Coast and South Africa, continue to keep the Cameroonian crisis off the Council’s agenda.

Working on international human-rights law in Britain, with one foot in the international space and one in the domestic, I frequently see this kind of disconnect. Most common is the sharp divergence between a government’s commitments at the UN versus the policies pursued at home. That includes Britain’s robust defense of women’s sexual and reproductive health and rights during the annual UN Commission on the Status of Women (CSW) but not guaranteeing that fundamental right for a large section of its own population.

It may surprise regular CSW-goers to learn, for example, that abortion is a criminal offense in Northern Ireland, under a law passed in 1861. Women’s rights organizations are the ones left to pick up the pieces of this policy. They work tirelessly to support women through experiences described by the UN Committee on the Elimination of Discrimination Against Women as “potentially amounting to torture”and have been working at the forefront of campaigns to push for a change in the law that denies women this most essential health care requirement.

Although I am a fervent supporter of the UN, it is on the international level that my patience is most often tested. We’ve grown used to the lethargy of even the hardiest of diplomats (and Britain has a few), whose energies are so expended in defending past gains that there’s little left to support the women with vision that goes far beyond the General Assembly Hall or the Security Council Chamber.

It is much harder to grow used to the continued reports of reprisals, such as those faced by the Saudi women’s rights activists jailed in part as retaliation for their engagement with the UN human-rights system. Despite the constant threat of violence, women human-rights defenders put themselves at risk every day. Amid such courage, UN officials have sadly too few tools with which to respond.

What all these women have in common is the ability to see past the world as it is now and imagine the world as it could be. In his same speech, the UN secretary-general quoted the British academic Mary Beard, who said, “If women are not perceived to be fully within the structures of power, surely it is power we need to redefine rather than women.”

Reinforcing narratives around the global pushback to women’s rights is unhelpful in achieving this goal. It usually imagines women as victims asking to keep their rights and robs them of their individual and collective agency. In fact, women in Cameroon, Northern Ireland, Saudi Arabia and almost everywhere else are redefining power — not only to uphold their own rights but to expand protections to all those who are marginalized or forgotten. Theirs is the global pushback we need to be shouting about. 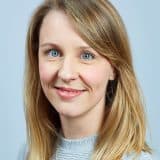 Hayley Willingale is a human-rights expert based in London who specializes in women’s rights. She has written for and edited a range of publications in recent years, covering international development, women, peace and security and global governance.