Stalling the UN Report on Dag Hammarskjold’s Death Is Regrettable

Fifty-eight years ago, Dag Hammarskjold, the United Nations secretary-general at the time, set off on a perilous journey across the African heartland.

Taking off at 4:51 P.M. from Léopoldville, in the capital of the newly independent Congo, he was due to meet the leader of the secessionist Katanga province. The venue chosen was Ndola, a mining town in North Rhodesian territory, bordering Katanga. His aim was to negotiate a cease-fire between UN peacekeepers and Katangese white mercenaries and possibly even a peace agreement for the entire Congo.

The next day, after a harrowing night flight, the four-engine DC-6 Albertina reached its destination around midnight, local time, only to crash during its final approach. All 16 crew members and passengers, including Hammarskjold, were killed.

In 1962, UN investigators concluded that they could not reach a final verdict as to whether the crash was the result of an aerial attack or an accident. The case was therefore closed, pending new revelations.

Thus began one of the greatest continuous mysteries of the Cold War.

In 2016, the presentation of previously neglected archives and testimonies allowed UN Secretary-General Ban Ki-moon at the time to recommend that the case be reopened. Chosen as the Eminent Person for this matter, Tanzanian judge Mohamed Chande Othman handed over his latest report to the current secretary-general, António Guterres, on July 31, 2019.

Moreover, in its Resolution 72/252, of Dec. 24, 2017, the General Assembly requested that the secretary-general “report to the Assembly before the end of its seventy-third session on any further progress made.”

That deadline expired Sept. 16. The Othman report was not released on time due to a “delay in document processing,” according to Stéphane Dujarric, the UN spokesperson. Stuck in the notorious document “pipeline” that always precedes a new General Assembly session, the report will be made public “rather sooner than later,” he added, but probably not before October.

That delay is highly significant. By October, the annual opening session of the General Assembly with world leaders will be over, and the global media spotlight will have shifted elsewhere.

It is also highly regrettable, both historically and politically.

Historically, because for the UN, Sept. 17, the date of Hammarskjold’s death, is as resonant as Aug. 19, the date of the 2003 bombing of the Canal Hotel in Baghdad, which killed at least 22 people, including the UN special representative in Iraq, Sérgio Vieira de Mello.

Politically, because the UN’s failure to release the report within the time set out by the General Assembly appears to indicate that the investigation into Hammarskjold’s death is not considered a priority. It also calls into question the “continuing commitment of the Secretary-General to the search for the truth in this regard,” as the Assembly resolution states.

Over the last three years, Judge Mohamed Chande Othman has established the plausibility of an external attack or threat against Hammarskjold’s plane, explaining the resulting “momentary distraction” of the pilots.

Almost six decades later, the UN has never been closer to the truth.

A key detail is now corroborated: there was a second plane in the air that night.

Having tirelessly investigated all leads, the Tanzanian investigator has uncovered an array of new witnesses, sensitive archives, information about previously unknown Western mercenaries, the presence of rogue aircraft in Katangese and Rhodesian skies and a plot by French elite officers to assassinate UN leaders in the Congo.

Yet despite these findings, the Othman investigation has repeatedly hit a wall. Several UN member states have consistently expressed an extreme reluctance, if not outright refusal, to declassify still-secret material.

Belgium, Britain, France, Germany, South Africa and the United States may well be wary of revealing the details of events from the colonial era, however ancient they may be. Even Hammarskjold’s own country, Sweden, has refused to declassify some documents related to the Ndola tragedy, invoking “national security” considerations.

As Richard Goldstone, a former South African chief prosecutor of the International Criminal Tribunals for Yugoslavia and Rwanda, has noted: political embarrassment can be a powerful leverage.

Unrelenting pressure on Berlin, Brussels, London, Paris, Pretoria and Washington, D.C., has achieved partial and limited success: government officials have been appointed to take a closer look at long-buried archives, though not all countries complied.

These efforts are to be commended, but they must be further pursued, so that some of these former colonial powers can begin to explain their involvement in the events surrounding Hammarskjold’s death. In 2002, Belgium showed the way by apologizing for its responsibility in the murder of the first Congolese prime minister, Patrice Lumumba, on Jan. 17, 1961.

The outstanding questions are well known.

Belgium must share all details about a few rogue mercenary pilots.

France must clarify the whereabouts of a military outfit led by a paratroop officer, Roger Faulques.

Germany must explain the delivery of a Dornier 28 plane, weeks before the crash, to the Katangese secessionist government, as well as the whereabouts of a former Nazi night-fighter pilot named Heinrich Schaefer.

South Africa must recover what it calls “lost” apartheid papers regarding a certain Operation Celeste, apparently designed to kill Hammarskjold.

Britain must explain why senior diplomats in charge at Ndola refused to acknowledge the sudden disappearance of the Albertina and turned off the airport lights. It must also explain what Intelligence Service assets were doing that night in the vicinity of the airport.

The US must provide clarity regarding the confessions of two now-deceased National Security Agency employees who, from their listening stations, overheard an air attack unfold against the Albertina and reported it back to the White House.

It seems that a trove of “lost” or “inaccessible” documents have been duly identified, yet are mysteriously barred from immediate declassification by an everlasting raison d’état.

Most of the witnesses are now gone. But the archives can still tell us exactly what happened in Ndola on that moonlit night in 1961, and why Dag Hammarskjold was killed “right when he was on the point of getting something done,” as former US President Harry Truman famously declared.

As the General Assembly itself notes in Resolution 72/252, the community of nations has “a shared responsibility to pursue the full truth.”

And sooner, rather than later. 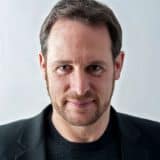 Maurin Picard is a French journalist and the author of a book on Dag Hammarskjold, “Ils ont tué Monsieur H?” (“They Killed ‘Monsieur H.?’ “), Seuil, 2019.