My Beautiful Christmas in Kabul

The Christmas spirit finally found me drinking whisky on a rooftop in Kabul.

Given my multinational background — I’m from Boston but my father came from Iraq and my mother from London — it’s not surprising that I chose a career in foreign affairs. When people learn I spent nearly a decade in Afghanistan, they almost always ask 1) Did you wear a headscarf? 2) Were you ever in danger? 3) What is it like there?

Anyone who’s spent time overseas knows that nobody is terribly interested in any place other than where they live — New Yorkers, least of all. So, I developed an onion system. I start with the outer layer, providing the vaguest and mildest possible answer. The headscarf question gets, “I didn’t have to, but I usually did.” If my questioner wants more, I’ll peel the onion’s next layer and add: “Most women do there. I figured it’s good to blend in as much as possible.”

The innermost layer is a treatise on the headscarf’s modern history as not only a religious garment but also as an anti-hegemonic symbol and how that intersects with Afghanistan’s complex history of both occupation and Taliban rule; and finally how this history affected my choice as a non-Muslim expatriate woman from a nation with an active military presence in the country.

No one wants that layer.

I know this now. And I’ve gotten good at not peeling the onion. I was recently asked at dinner party, in Manhattan, “What’s it like in Afghanistan?”

My new acquaintance nodded sagely, then told us all about his Christmas vacation plans.

But I spent many years in Afghanistan and know it as a place with a thousand-and-one layers. I can, but generally don’t, entertain people with stories like when a young Afghan man proudly declared himself “progressive” because he stood up to his father’s old-fashioned ways. “He wants to decide whether my wife should wear the burqa. But I told him it’s not his decision.  It’s mine.” (This story is not funny precisely because it is true.)

But stories about men being foolish are not unique to Afghanistan. And not all Afghan men are foolish.

I started a new job in a British-funded program in Kabul in March 2014. I’d already worked in Afghanistan for nearly six years and had weathered second-hand warlord threats, propositions for sex and visas and an impressive array of gastric parasites. I was seasoned. Still, my new Afghan colleagues managed to surprise me.

They invited me, and another American woman who’d just started, to a welcome get-together. We accepted, expecting an awkward evening of tea and talk about one another’s families. But when we arrived at a property owned by one of their family’s — a small office space — they cranked up Tupac and broke out the Johnnie Walker Red.

The other woman and I looked at each other with raised eyebrows when we were offered a whisky shot. We accepted. We accepted the second. She declined the third. But I shrugged and downed it. Forever seared in my memory is a blurry vision of five young Afghan men pointing at me and yelling, “You’re in the wolf pack!”

I’d been in the country long enough to keep my wits about me. Afghan men drinking and joking casually with expatriate women was a sea of red flags. But my new colleagues met international standards of cool. No one got messy drunk. No one propositioned a thing. No one forgot we were in Kabul.

Eight months later, I decided to stay in Kabul over Christmas to take a longer vacation in February. My expatriate colleagues flew home, leaving me and a skeleton crew of security people in the empty group house where we all worked and the expatriates also lived. I wasn’t sad about it. Christmas wasn’t a big deal to me. I was looking forward to my vacation in India and to the ugly-sweater Christmas lunch at the British Embassy.

Growing up in Boston, I celebrated Christmas with a tree and presents, like many Americans. My mother always made an English fruitcake. My father, who was from Basrah, Iraq, had a curse-filled struggle to get the Christmas tree into its stand every year. He wasn’t used to pine trees, though he was used to Christmas. His ancestry was Assyrian, some of the earliest Christians in history. Despite this lengthy heritage, my parents weren’t big on holiday traditions.

The wolf pack wasn’t letting my Christmas go, though. They insisted we have a traditional dinner together.

Ahmed, the house cook, asked me two days in advance what to prepare.

“Oh, why not cook something ahead of time? You don’t have to stay late with an empty house. Anything’s fine,” I said.

Ahmed brushed me off. “What do you traditionally eat for Christmas dinner?”

“O.K. What is your favorite thing that I make?”

“Your chicken Parmesan is really good,” I said.

Ahmed prepared a Christmas dinner for six consisting of chicken Parmesan, spaghetti, green beans, salad, dinner rolls and an apple pie from scratch. Ahmed had been a chef at a large restaurant before working in our group house and was used to cooking for foreigners. His apple pie rivaled any American’s. He used less sugar but more cinnamon. And he never burned the homemade crust.

After dinner, the six of us went to the roof. Rahim, the group-house manager, had stocked up on wood for the firepit. With a slightly higher elevation than Denver, Kabul has a proper winter, cold and sometimes snowy. That night, it was about 40 degrees Fahrenheit. But Afghans and New Englanders are hearty people. We quietly sipped Johnnie Walker Black and sat warm by the fire.

One of the men produced a large box wrapped in foil. I was surprised and embarrassed.

“Wow. Guys. You didn’t need to get to me anything.”

“We know you must unwrap a present at Christmas.”

I was touched and smiled as I opened the box, expecting a token from the local tchotchke shop or maybe a gag gift.

Inside the box sat an exquisite handmade green-onyx tea set.

“Fahim drove to his home village to get this,” one of them said. “His people are famous for this craft.”

“But that’s a two hour drive from here,” I said.

“Yes. But it’s true that my village does the best work in this stone. So, we had to get it there,” Fahim said plainly.

No long drive in Afghanistan is entirely safe. Even in relatively secure areas, road travel carries risks of kidnapping, robbery, detention or bribery demands by warlord or terrorists. Afghans working for foreign organizations always make sure they have no business cards, papers or other materials that indicate where they work.

I was not about to cry in front of the wolf pack. I’d have never heard the end of it.

“It’s beautiful. Thank you all very much,” I said, as I raised my glass in a toast.

Someone, possibly me, cracked a joke to break the tension. We said goodnight soon after. They had wives, parents and in-laws at home to answer to. And “I was out drinking to celebrate Christmas with an American woman” is a tough sell in most Kabul homes.

In truth, it was one of the most traditional and touching Christmases I’ve ever experienced. In the most unlikely place, my friends honored my Christmas. And they made me honor it too. The tea set now sits prominently in my living room in Brooklyn and reminds me of that unlikely night with my friends. On the surface, I can get a laugh here in New York with the “crazy” image of my drinking whisky with Afghan men on a Kabul rooftop on Christmas.

But the onion has many layers. 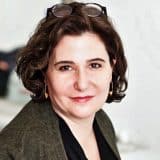 My Beautiful Christmas in Kabul