For the last decade, Western democracies and human-rights defenders have been locked in a tense struggle with authoritarian great powers at the United Nations. Since 2009, Russia and China have waged a highly successful campaign to dismantle the international human-rights system, particularly through the Human Rights Council. The two countries have made strides especially after the Trump administration withdrew the United States from the Council in 2018.

The campaign by Russia and China has been fought on two fronts. On the one hand, they have sought to undermine the UN’s human-rights mechanisms to blunt international criticism of their own poor rights records and repressive domestic policies. On the other, both countries have attempted to reshape universal human-rights norms by promoting counternorms based on decades-old calls for the right to development and what they call “traditional cultural values.”

The campaign has been led by China, which has attacked the international human-rights system since its re-election to the Human Rights Council in 2013 for consecutive three-year terms that ended in 2019. Russia has preferred to work behind the scenes, particularly since its bid for election to the Council failed in 2016.

China’s leadership largely reflects its antipathy toward universal values under the hard-line rule of President Xi Jinping, who has displayed a growing hostility to human rights since taking control of the Chinese Communist Party in November 2012.

Both countries have also operated as part of what is called a like-minded group, a powerful international coalition that includes Algeria, Belarus, Cuba, Egypt, Pakistan, Philippines, Sri Lanka, Sudan, Venezuela and Vietnam. The group has challenged the UN’s human-rights mechanisms by emphasizing cooperation and dialogue over country-specific measures that name and shame abusing states, denigrating the relevance of civil and political rights while prioritizing economic and social rights and stressing the importance of sovereignty and nonintervention.

Since 2013, Russia and China have played a key role in coordinating the group’s effort to undermine international human-rights protections.

In March 2018, for example, China presented a resolution to the Human Rights Council titled “Promoting Mutually Beneficial Cooperation in the Field of Human Rights,” which aimed to discard country-specific mechanisms that name and shame countries for their rights abuses. The resolution strove to downplay the Council’s mandate to investigate rights violations while shielding China’s poor rights record from scrutiny. Despite a series of amendments from Western countries to water down the original text, the resolution was adopted with vital support from Cuba, Pakistan, Philippines and Venezuela.

No less significant was the like-minded group’s support for China during its last Universal Periodic Review session in November 2018. The review took place amid escalating human-rights violations inside China, including the death in custody of Liu Xiaobo, a prominent activist and Nobel Prize laureate, and the mass internment of more than a million ethnic Uighur Muslims in so-called political re-education camps in the remote province of Xinjiang.

Despite the scale of these abuses, China’s Universal Periodic Review was greeted with loud applause from the like-minded group and an array of authoritarian and developing countries. In particular, Vietnam’s delegate, Duong Chi Dung, cheered China’s “achievements in the promotion and protection of human rights.” The representative from Belarus, Vadim Pisarevich, declared his complete “satisfaction in the success and undoubted progress” of China’s efforts to promote “all categories of human rights.”

An important factor contributing to the success of China and Russia in undermining the international human-rights system has been the withdrawal of the US from the Human Rights Council in June 2018. By leaving the Council, the US has created a leadership void that Russia, China and their allies have exploited to consolidate their grip on power.

Just weeks after the US withdrew, Russia and China successfully lobbied to slash funding for key human-rights posts in UN peacekeeping missions that protect civilians from violence in some of the most vulnerable countries in the world, including Haiti, the Democratic Republic of the Congo and South Sudan.

Worse, the like-minded group bolstered its influence over the global human-rights system when Venezuela, one of the world’s most flagrant violators of international human-rights norms, was elected to a three-year term to the Human Rights Council in October 2019. Having left the Council, the US was unable to sway the vote.

With the lack of US leadership, the European Union has struggled to push back against Russia and China’s growing influence at the UN. In July 2019, the European Union issued a joint statement with several other Western democracies, including Australia, Japan, New Zealand and Switzerland, condemning China’s mass detention of Muslims in Xinjiang.

In reply, more than a dozen members of the Organization of Islamic Cooperation, a powerful group of countries that includes Egypt, Saudi Arabia, Algeria and Qatar, signed a declaration praising China’s policies in the region.

Most worrisome, countries that once looked to the US for leadership in advancing human rights may now be looking to Russia, China and their allies for guidance in an international arena increasingly dominated by autocrats and aspiring despots. 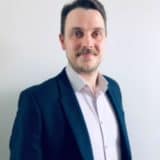 Geoffrey Roberts has a degree in politics from La Trobe University in Australia.