The coronavirus officially hit the United Nations at its New York City headquarters on March 12, when the first reported case was announced by the Philippines mission to the UN that one of its diplomats had Covid-19 and was recovering.

Twenty-four hours later, the UN announced that its personnel in New York — with exceptions — would be telecommuting from March 16 until April 13. The order was made, the UN said, “to reduce our physical presence at United Nations Headquarters, while continuing to deliver on our mandates.”

A lot has happened, of course, since the UN physically shut down in New York City — which is now the epicenter of the coronavirus in the United States — but the UN has been busy. Personnel are telecommuting; Secretary-General António Guterres is holding media briefings online, calling for cease-fires and requesting $2 billion in additional humanitarian aid funding; and the Security Council is holding closed meetings by videoconference, or VCT, after much hesitation. (The Council postponed all meetings the week of March 15 but resumed meeting on March 24 and March 26.)

The Council may have even figured out how to vote remotely to satisfy every member — by letter sent via email to each ambassador — but it has been unable to produce a declaration or resolution on the pandemic’s threat to global peace and security.

PassBlue has been compiling Covid-19 news related to the UN regularly since March 15, gathering the information in one article and posting the updates on our Twitter account, @pass_blue and on Facebook, in addition to posting new articles and essays almost daily.

Recently, they include what is the line of succession for top UN leadership if Guterres becomes incapacitated; how one American, an independent analyst on the UN, was stranded in Tunisia; why is the Security Council missing in action; and our latest podcast episode: how Covid-19 has changed global diplomacy overnight. Plus, a story on how Afghan women feel about the US-Taliban peace deal: not so good.

Here are the highlights for March 26, as the end of the workweek approaches. For earlier updates, since March 15, please read here.

• Guterres’s call for a global cease-fire on March 23 was apparently heard by leaders in Yemen, the Philippines, Cameroon, although not in Libya, where war continues. Guterres asked the world to “to put armed conflict on lockdown and focus together on the true fight of our lives” — the pandemic. So far:

On Tuesday, March 24, Communist guerillas in the Philippines said they would observe a cease-fire in compliance with Guterres’s demand.

A day later, the Saudi-led coalition fighting in Yemen decided to support the cease-fire as well, a decision that the rebel Houthi leaders “welcomed.” The UN envoy for Yemen, Martin Griffiths, said he was heartened to see the positive responses to Guterres’s call for a cease-fire from the government of Yemen and the Ansar Allah, or the Houthis.

A few hours later, the Southern Cameroons Defence Forces (Socadef) in Cameroon announced a similar decision. Guterres said he “reiterates his call for renewed dialogue that will address all relevant issues in the North-West and South-West regions of Cameroon and that will put an end to the violence and human suffering. He reiterates the readiness of the United Nations to assist the authorities and the people of Cameroon in this regard.”

• The clamor for action by the UN Security Council to respond to the threat of the pandemic on global peace and security heightened on social media and elsewhere. As our op-ed essay called on the Council to take up its duty to act and a similar call was made by the World Refugee Council, news broke that the Council was fighting over language in a possible declaration or resolution addressing the pandemic.

• Some members of the General Assembly are also working on a draft resolution on the coronavirus. A diplomat told PassBlue that there are many initiatives underway by member states to address the issue. PassBlue obtained an exclusive copy of the General Assembly draft resolution that “calls for international cooperation to contain, mitigate and defeat the pandemic, including by exchanging information, scientific knowledge, and best practices, and by applying the relevant WHO recommended guidelines.”

The resolution does not name China as the country of origin for the virus, the language pushed by the US in the Security Council on a draft document. Instead, the General Assembly draft resolution emphasizes “the need for full respect for human rights and stresses further that there is no place for any form of discrimination, racism and xenophobia in the response to the pandemic.”

• The Chinese mission to the UN announced that the Security Council was meeting by videoconference on March 26 to discuss the UN political mission in Libya, but it also said: “As of now, the system is not accessible to media and public, as limited number of people can be online at the same time.” It turns out that is not true, as the UN spokesperson confirmed that the VTC meetings can be live-streamed.

• Meanwhile, the Russian mission to the UN tweeted, above, about the Council’s virtual meeting on Libya on March 26, which remained a closed session and therefore unavailable to the public or archived. Russia says, nevertheless, the “Security Council remains active.”

• UN spokesperson Stéphane Dujarric held another virtual media briefing, as he has been doing the UN’s physical shutdown, focusing on, among other topics: the WHO is shipping ventilators and other Covid-19 necessities to parts of Syria; the first case of the virus has been confirmed in Libya; and the UN is helping South Sudan to prepare for the virus, although no cases have been reported there yet.

• Guterres participated in the G-20 summit virtual meeting on the pandemic today, in the UN’s status as “observer.” The meeting of the most powerful nations in the world stated they were “committed to do whatever it takes to overcome the pandemic” and would work with the World Health Organization, the UN and other related bodies. Guterres’s remarks spoke of three “critical areas for concerted G-20 action”:

Suppressing the transmission of Covid-19 as quickly as possible through a “coordinated G-20 response mechanism guided by WHO”;

Calling for a global stimulus package to help developing nations by providing “greater resources for the International Monetary Fund and other International Financial Institutions” and waiving unilateral and other sanctions;

TO DONATE TO PASSBLUE, A NONPROFIT MEDIA SITE BASED IN NEW YORK CITY, PLEASE CLICK HERE.

Dulcie Leimbach is a co-founder of PassBlue. For PassBlue and other publications, she has reported from New York and overseas from West Africa (Burkina Faso and Mali) and from Europe (Scotland, Sicily, Vienna, Budapest, Kyiv, Armenia, Iceland and The Hague). She has provided commentary on the UN for BBC World Radio, ARD German TV and Radio, NHK’s English channel and Background Briefing with Ian Masters/KPFK Radio in Los Angeles.

Previously, she was an editor for the Coalition for the UN Convention Against Corruption; from 2008 to 2011, she was the publications director of the United Nations Association of the USA. Before UNA, Leimbach was an editor at The New York Times for more than 20 years, editing and writing for most sections of the paper, including the Magazine, Book Review and Op-Ed. She began her reporting career in small-town papers in San Diego, Calif., and Boulder, Colo., graduating to the Rocky Mountain News in Denver and back in New York at The Times. Leimbach has been a fellow at the CUNY Graduate Center’s Ralph Bunche Institute for International Studies as well as at Yaddo, the artists’ colony in Saratoga Springs, N.Y.; taught news reporting at Hofstra University; and guest-lectured at the Columbia University Graduate School of Journalism and the CUNY Journalism School. She graduated from the University of Colorado and has an M.F.A. in writing from Warren Wilson College in North Carolina. 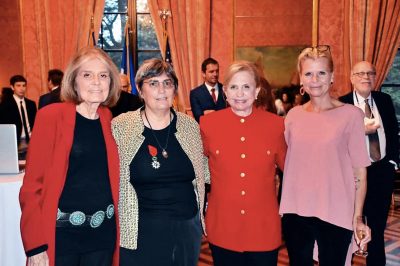 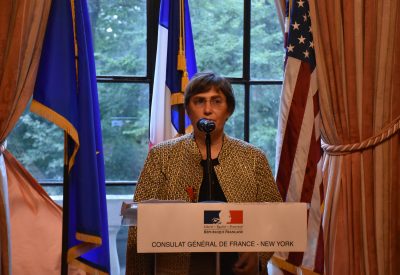