Is It a Crime to Mishandle a Public Health Response?

As the new coronavirus disease, Covid-19, continues to threaten lives and livelihoods around the world, many people are seeking to hold government and corporate leaders to account for their blunders during the pandemic. But in the United States and many other countries, public health malpractice is a relatively underdeveloped area of the law, and it will take legislators some time to remedy that.

Is there such a thing as a public health crime?

There is “public health malpractice,” but the term has generally been confined to medical literature and narrowly described as akin to medical malpractice. The time has arrived to broaden its application to account for the administration of public health during pandemics.

Could this be applied to actions taken during Covid-19?

For this pandemic, there likely will be more “soft accountability”—that of a noncriminal character — imposed upon individuals, institutions and governments than “hard accountability” targeting malpractitioners under existing civil or criminal law.

Most politicians will face their reckoning at the ballot box. Business and community leaders will also be judged by their constituents and the broader public. For instance, Jerry Falwell Jr., president of Liberty University in Virginia, has confronted a firestorm over his response to the pandemic, which included allowing students to return to classes at the religiously conservative institution.

What types of law enforcement are likely?

Prosecutors have yet to threaten major criminal cases tied to the Covid-19 pandemic in the US or elsewhere. For now, there is scant law that empowers them to investigate and prosecute public health malpractice other than comparatively minor infractions committed by the public. For instance, authorities in many US states and foreign countries have charged individuals for violating social-distancing directives.

However, these infractions pale in comparison to larger acts of political or corporate leadership that carry potentially grave risks during pandemics. While attorneys general and prosecutors will be disinclined to investigate their own governments’ performances, lawmakers are sure to craft new statutes to hold business and government leaders to account for their public health responses.

Already, workers have filed thousands of complaints against their employers for unsafe workplaces during the pandemic. But while civil complaints and class actions could indeed cascade in the months ahead, they will be reviewed against the backdrop of law ill-suited to the vicissitudes of a pandemic.

Who could assess accountability for the Covid-19 response in the US?

Inspectors general in both the federal and state governments typically exercise oversight responsibility for public health agencies. Some of these inspectors could be encouraged — and, if necessary, legislatively mandated — to examine the degree to which relevant public health officials and others performed their duties during the pandemic.

The bipartisan committee of inquiry that was proposed by House Speaker Nancy Pelosi (D-CA) could be a powerful means to hold the federal government, foreign governments and corporations to account for their responses. The committee’s work would be a lengthy but vital exercise, issuing recommendations that could shape how the country responds to future pandemics.

Thus far, the media has been the most important agent of accountability during this pandemic. Each day, Internet, print, radio and television outlets produce a profusion of investigative and analytical articles scrutinizing the government’s performance and mismanagement. The fourth estate has been critical to holding policymakers and administrators accountable in the court of public opinion.

How might the laws change after the Covid-19 pandemic recedes?

Recent public- and private-sector actions that critics view as intentional denials or mismanagement of the Covid-19 pandemic will likely prompt legislators to write a new body of law focused on public health. For example, legislation could define new tort or criminal law covering acts or omissions by public officials, corporate and religious leaders and school administrators that exacerbate an emerging epidemic or pandemic. Such laws likely won’t come in time to hold people accountable for their actions during Covid-19, but they could be in place before the next public health crisis.

Can the US punish other countries for their public health failings?

Legislation is surfacing that would allow Washington to impose economic sanctions against a foreign government or its officials for mismanaging a pandemic response. Senator Josh Hawley (R-MO) introduced a bill “to hold the Chinese Communist Party (CCP) responsible for causing the COVID-19 global pandemic.”

Separately, Senators Tom Cotton (R-AR) and Hawley and several Republican members of the House of Representatives have introduced legislation “that would authorize the president to sanction foreign officials who suppress or distort information about international public health crises.”

Meanwhile, the state of Missouri filed a federal lawsuit on April 21 against the Chinese government and associated entities to recover billions of dollars in damages “for the enormous death, suffering, and economic losses they inflicted on the world, including Missourians,” allegedly caused by China’s intentional mismanagement of the Covid-19 outbreak.

The attorney general charged the Chinese with public nuisance, abnormally dangerous activities and breaches of duty and negligence allowing the transmission of the virus and hoarding of personal protective equipment. The Missouri lawsuit, which relies on conventional tort law, likely will serve as a template for other US states to sue China. However, these cases could falter on sovereign immunity grounds.

Foreign governments, including China, could reciprocate with sanctions against US officials or other targets for letting the pandemic spiral out of control and disrupting their supply chains that run through the vast American market.

President Trump has already frozen US funding for the World Health Organization over its alleged mismanagement of the pandemic. While some see this as a powerful act of accountability, it may prove self-defeating as it weakens global efforts to confront Covid-19 and future outbreaks.

Is intentional public health malpractice a crime against humanity?

Public health malpractice could rise to the level of a crime against humanity, as defined in the Rome Statute of the International Criminal Court: an “inhumane act . . . intentionally causing great suffering, or serious injury to body or to mental or physical health” that is “part of a widespread or systematic attack directed against any civilian population, with knowledge of the attack.”

With the death toll from Covid-19 still rising at alarming rates in many countries, including the US, the notion is not so far-fetched. For example, political leaders could be tagged as perpetrators of a crime against humanity, resulting in tens of thousands of deaths because they intentionally failed to provide timely and widespread testing for the virus, or failed to acquire personal protective equipment for health workers, or failed to order critical social-distancing measures. Many countries already include crimes against humanity in their domestic criminal codes.

While the US criminal code includes no crimes against humanity, any federal official, including the president, who intentionally commits such an inhumane act on a massive scale during a pandemic — one that results in a large number of deaths — should understand that he or she will be judged against that standard whether or not it is enforceable in a court of law. If there were a federal law on crimes against humanity, it would be a powerful legal weapon to use against leaders who intentionally unleash the horrors of an infectious disease upon their own citizens or foreigners.

This article originally appeared in the Council on Foreign Relations and is reposted through a Creative Commons license.

David J. Scheffer is visiting senior fellow at the Council on Foreign Relations, focusing on international law and international criminal justice. Scheffer is also the Tom A. Bernstein Genocide Prevention Fellow working with the Ferencz International Justice Initiative at the Simon-Skjodt Center for the Prevention of Genocide, US Memorial Holocaust Museum, as well as the Mayer Brown/Robert A. Helman Professor of Law at Northwestern University Pritzker School of Law in Chicago, where he teaches international criminal law and international human rights law. From 2012 to 2018, he was the UN special expert on UN Assistance to the Khmer Rouge Trials.

Is It a Crime to Mishandle a Public Health Response? 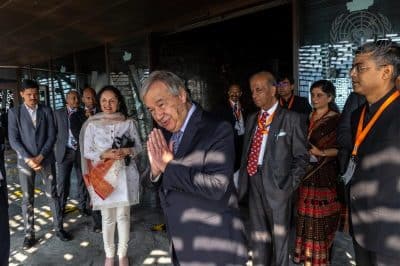 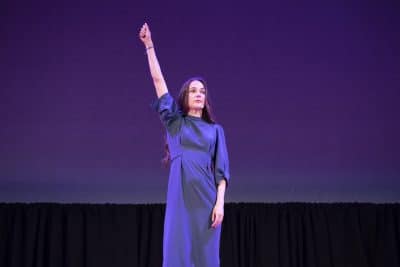 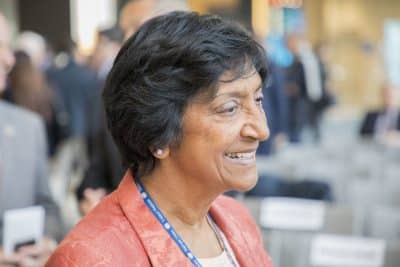