On the heels of the 1930s Great Depression and in the midst of global turmoil — World War II — leaders from the Republic of China, the Soviet Union, the United States and the United Kingdom gathered in 1944 at Dumbarton Oaks in Washington, D.C., to consider a new postwar international architecture to succeed the failed League of Nations. The next year, a gathering of delegates from 50 nations convened in San Francisco to negotiate over two months and then sign, on June 26, the Charter of the United Nations.

This September, world leaders will mark the UN’s 75th anniversary. On this occasion, they will endorse, through the adoption of a declaration, a renewed vision for collective global action and a set of commitments to respond to the coronavirus pandemic, climate change, extreme poverty, armed conflict, disarmament, disruptive technologies and other global challenges.

Signifying their intent that the 75th anniversary should be more than a diplomatic birthday party, the UN’s 193 member states began work earlier this year on the UN-75 Declaration, with Qatar’s permanent representative, Alya Al-Thani, and Sweden’s permanent representative, Anna Karin Enestrom, facilitating the effort. The ensuing negotiations to develop a “concise, substantive, forward-looking and unifying declaration” progressed. Yet it also revealed fault lines between great powers and among major groupings of countries.

In closely monitoring the process, including through interviews with diplomats at UN missions, we observed serious areas of contention among member states: Security Council reform, climate action, women’s rights, civil society engagement and the promotion of democracy and the rule of law. These divisions were compounded by the Security Council’s inability to pass a resolution endorsing Secretary-General António Guterres’s March 23, 2020, call for a global cease-fire; the intensifying competition between the US and China; strained global financial cooperation in responding to Covid-19; and a sense of lost ground on development and human-rights gains.

In connection with some of these differences, negotiations toward finalizing the declaration hit a snag on June 24, when Britain, the  United States, India, Australia, Canada and New Zealand “broke silence” in recommending alternative language to a text contribution by China. After discussions along with the president of the General Assembly and co-facilitators the next day, language was proposed that was anticipated to achieve consensus on Charter Day (June 26).

Despite these headwinds and having to take negotiations online in mid-March because of the pandemic, the facilitators — with support from such diverse nations as South Korea, Mexico, Uganda as well as the 27 members of the European Union — elevated the UN-75 Declaration beyond commemorative platitudes. With pressure and forward-leaning ideas from UN2020, Together First and other civil society networks, the declaration demonstrates an unequivocal commitment to reform and recovery, calling repeatedly, for example, to address global challenges “through reinvigorated multilateralism” and the importance of rebuilding better and greener after the pandemic.

The declaration appears to meet halfway the ambitious outcome document from the UN’s 60th anniversary, in 2005, and the minimal UN-70 Declaration in 2015.

Most important, the UN-75 Declaration — expected to be adopted formally by world leaders on Sept. 21 at the start of the General Assembly’s annual high-level week — mandates “the Secretary-General to report back before the end of the seventy-fifth session of the General Assembly with recommendations to advance our common agenda and to respond to current and future challenges.”

By signaling a serious follow-up during the General Assembly’s next session, the declaration creates an opportunity to further bridge the gap between governments and global civil society’s view of the “Future we want, the United Nations we need,” as manifested in the preliminary assessment of the secretary-general’s UN75 Global Conversation and countless other dialogues and studies worldwide.

To contribute to this conversation over the next 15 months and beyond, the Stimson Center is pleased to release, on Charter Day, “UN 2.0: Ten Innovations for Global Governance 75 Years Beyond San Francisco.” This new report considers the kinds of enlightened global leadership and vision, norms, tools, institutions and ethic of civic engagement that can best deal with pressing global challenges, from avoiding runaway climate change to preventing atrocities to reducing the disruptive potential of novel technologies.

“UN 2.0” stresses that international organizations, starting with the UN, must creatively harness the ideas, networks and abilities of governments, civil society and the private sector to successfully solve global problems. It calls on member states to convene a world summit in 2023 on inclusive global governance to usher in a compact for renewed governance worldwide and to rebuild confidence in global institutions. 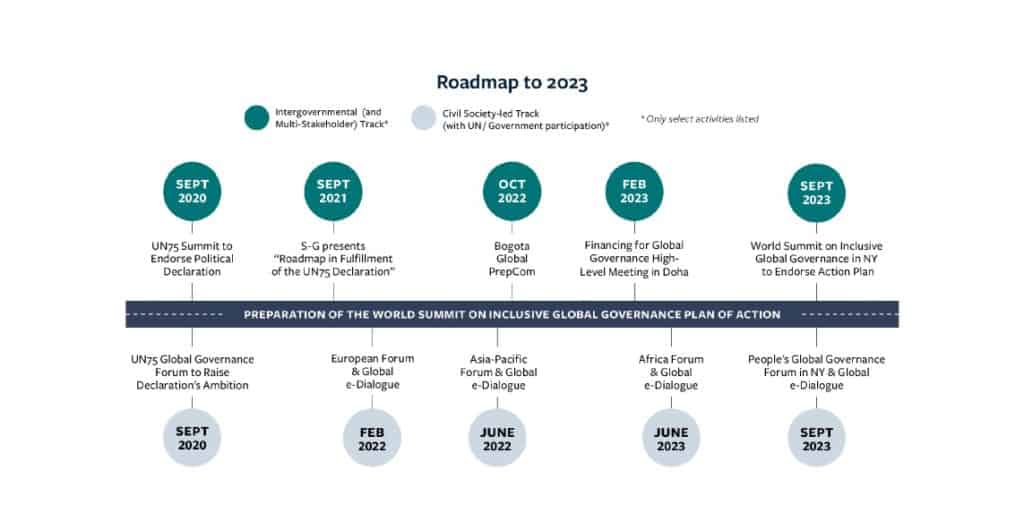 The Covid-19 pandemic has shifted the UN’s attention to coordinating an adequate international response. If managed well, this shift may, in turn, encourage continued attention to structural changes that are needed in the world body, post-2020 — a central focus of the UN75 Global Governance Forum, on Sept. 16-17. Some governments recognized the potential to seize this moment and aimed to include aspirational language in the UN-75 Declaration that could lead to more ambitious measures in the future.

If member states truly commit to “build back better,” as the declaration underscores, the UN can accelerate global recovery and, inspired by our forebears in San Francisco, improve prospects for a global-governance architecture that is more responsive, energetic and fair.

This article was updated on June 26 to include new information on the status of the UN-75 Declaration. 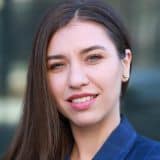 One of the UN’s initial responsibilities was getting control of nuclear weapons that became the beginning of the Anthropocene, when humanity became capable of destroying all life on Earth. Since 1945, we have come to eight nations having nuclear weapons, and the Doomsday Clock is now at 100 seconds to midnight. Apparently, USA and Russia are developing new nuclear weapons, a more destructive generation while some treaties are being abandoned. We also have the UN Security Council being moribund with vetoes available to China, USA and Russia. This stalemate has so far no resolution. Changes need to be made in order to move forward. “WE” citizens of the world who live in the shadows of military forces must push back. If UN will serve the citizenry and NOT the various militaries, then these nuclear nuisances need some oversight. If we organize the UN as 187 non-nuclear states against the ignoble eight, there shall be an appropriate balance. Right now, Iran wants to be balanced against Israel’s nuclear arms. The answer is to end Iran’s nuclear adventurism with removing nuclear arms threat from Israel. Both countries need to back up, and I think that area is the first possible change we could make. The UN needs an “IN-security Council” of those eight nuclear powers, separated from ALL the rest and making sanctions against the eight “Stuporpowers” screaming their intense ideals of destruction. “Divide and Conquer” is an old tradition – let’s use it. We must claim some strength against the three “pseudo-empires” that want to challenge each other in geopolitical nonsense – the planet is finished with empires that strip resources from the “colonies” – take a vote at the UN and let’s see which countries want to be colonies – all of humanity wants no slaves and no colonies, and the system of oppression by the “Great Power Competition” is foolish and unacceptable as any kind of political expression. If we have (almost) ended slavery, and (almost) have emancipated women, surely the evolution of human thought CAN move onward…

1. The UN roll as the main body for the world on very important subjects as a) Environment, b) green future policy, clean water for all, microeconomic supports around the world for making the poorest changes to improve their life, education and schools for all and ….the poorest populations must be supported as the main goals and fast ( max 5 years to success)
2. All peacekeeping missions mandates must be revisited and new plans to close them down with success in max 5 years
3. Just to emphasize again concerning the world cleanups of plastic and to ensure all rivers and lakes and the oceans are clean with success in next 5 years….all watering areas must be cleaned as to be used for helping earth to live a better life for all..
4. Then again the endless ask for clean water must and can be fixed, as technologies are available so that water is available and no one needs to walk long distances for dirty water but clean, clean water…can be done also successfully in 5 years
5. A UN with respect to it self and its rules and regulations and experienced staff worldwide must change their attitude toward the jobs they do….the UN must always be solutions-oriented and the goals must be mandated only for max 5 years, any missions or projects approved and funded must have a goal of success clearly written down and if not achieved, the heads of the budgeted mandate or projects must be fired and replaced with someone that can achieve the goals….if countries make problems for the UN and its approved mandate or projects, it should be addressed in the Security Council and given one week to to be solved, or mandates or projects ended. The UN staff and organisations must be confident and strong, because its staff all over the world depend on a successful UN, if not successfully why work for the UN…???