States parties to the International Covenant on Civil and Political Rights will elect new experts on Sept. 17 to the Human Rights Committee, which supervises the covenant’s implementation. It is one of the two solemn, widely ratified covenants that codify in treaty form the provisions of the Universal Declaration of Human Rights and detail the United Nations Charter’s provisions on human rights.

At the Sept. 17 meeting of the 173 states parties to the Covenant, 9 experts will be elected to the 18-person committee for its 2021-24 term. (The elections, originally to be held in June, were rescheduled for early September because of the pandemic.)

Of the 24 UN member states that have not ratified the Covenant, 6 (including China) have signed but not ratified it, so they have no vote. Eighteen other countries (including Saudi Arabia, Myanmar and Malaysia) have not yet signed it, so they have no vote either. This means the United States, the Europeans and other countries committed to democracy must exercise their rights and influence to ensure election of a competent committee at an extraordinarily important time in international relations.

The committee’s success depends mostly on the performance of its members, who must be highly qualified, independent and impartial to tackle the issues of compliance and retain the confidence of countries in the committee’s determinations. Unfortunately, this standard has not always been the case. The shortcoming needs to be redressed.

Among the core UN treaties that follow the UN Charter obligations on human rights, there are 10 committees that monitor the implementation of specific sets of human rights. The Human Rights Committee is arguably the most influential and has three main functions. (It is not part of the Human Rights Council.)

First, it reviews periodic country reports and engages in constructive dialogue with states parties. The committee identifies concerns and, following discussions, provides the given country with conclusions that advises how it can better comply with the covenant. The process is public and detailed.

Second, under the Optional Protocol to the Covenant (accepted so far by 116 countries), the committee considers complaints submitted by individuals who say they are victims of specific violations. Anyone within the state party’s jurisdiction can make such a complaint once domestic remedies have been exhausted. The protocol sets out admissibility and other procedural requirements for a case to be examined. Deciding these cases and, ultimately, developing international human-rights jurisprudence requires the greatest care.

Third, the committee develops general comments clarifying the standards and offering best practices on topical human-rights issues. The committee’s most recent general comment, 37, adopted on July 24, 2020, addresses the right to peaceful assembly, which these days is proving increasingly important, as well as other basic freedoms that many governments have recently imposed significant restrictions on. The committee decides on such topics, keeping in mind their relevance and value for countries.

Who should sit on the Human Rights Committee? The Covenant requires members to have “recognized competence in the field of human rights,” expressly stating the “usefulness” of legal experience.  Historically, most members have possessed qualifications as members of the judiciary, practicing lawyers or academics. The Covenant also expressly requires impartiality; members may not serve as representatives of their governments. Electing treaty body members who are genuinely impartial and independent is required to objectively assess whether countries have fulfilled their obligations.

Unfortunately, a member’s independence is not always ensured, which undermines the committee’s work.

Such concerns moved the former UN high commissioner for human rights, Navi Pillay, in June 2012 to recall that the nomination and election process is integral to the expertise and efficiency of each treaty body.  She rightly said that the authority and respect garnered by treaty body recommendations is contingent on the level of actual and perceived independence and impartiality of committee members. She proposed a transparent selection process for candidates with a proven record and a demonstrated commitment to fulfill the mandate without fear or favor.

The persistence of the problem caused the UN General Assembly in 2014 to adopt Resolution 68/268 on strengthening and enhancing the functioning of the human-rights treaty body system, again highlighting the critical importance of ensuring the independence and impartiality of committee members after it became apparent that some were taking direction from their government. One study noted a frequent affiliation to the executive branch in members’ professional backgrounds, going against the spirit of the treaties.

On June 2, 2020, the General Assembly launched a process to strengthen the treaty body system, given the challenges in the scope, complexity and increasing workload of the various committees. In her opening remarks at the 2020 Treaty Body Review Process, the current UN high commissioner for human rights, Michelle Bachelet, underlined that countries should set the bar high for membership.

On July 7, 2020, civil society organizations made a joint submission to the General Assembly reiterating that states parties ought to vote only for candidates who meet all of the criteria set out for membership — responding to the now not-uncommon practice of some countries nominating individuals without requisite expertise or independence from their governments.

Besides the Human Rights Committee electing nine new members, other treaty bodies also have elections this fall. As custodians of the established legal norms and standards, it is vital to elect professionals who believe in the underlying democratic principles and human-rights values and are genuinely and visibly independent from their governments. Only impartial and independent committee members can provide an objective assessment of whether states parties are fulfilling their human-rights obligations and offer practical advice for how to do so. The opportunity is to strengthen the work of the human-rights bodies and assist states parties as much as possible.

To fail to do so would leave the intended beneficiaries without the full protection of the treaties, undermine overall effectiveness of the system and reduce the impact of human rights as a contribution to sustainable peace and development.

YOU CAN MAKE A DIFFERENCE: PLEASE DONATE TO PASSBLUE, A NONPROFIT MEDIA SITE BASED IN NEW YORK CITY 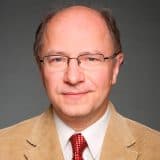 John Packer is an associate professor of law and director of the Human Rights Research and Education Center at the University of Ottawa. He is also a former UN staff member. Basia Walczak contributed research to this article.