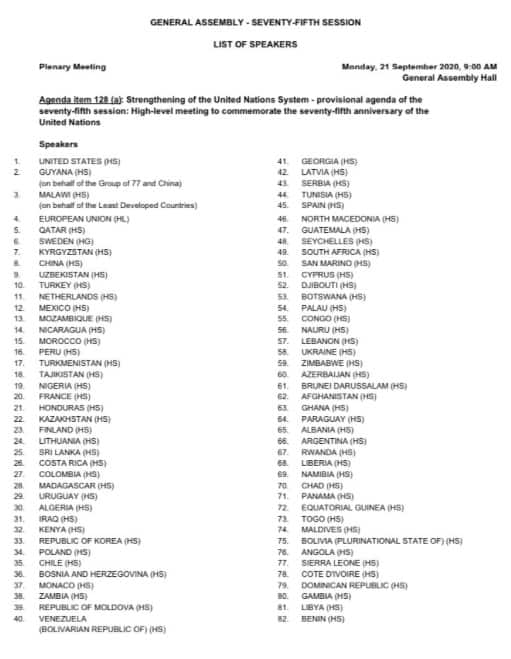 The list of bullets of negative actions of the Trump Administration keeps getting longer. Add this as number 21:
Usurping the authority of the Security Council by unilaterally re-imposing United Nations sanctions on Iran.

WORLDVIEWS
How Russia Is Destroying the Identity of Ukrainian Children
WOMEN AS CHANGEMAKERS
From a Paid Internship to a Nobel Peace Prize: The Amazing Journey of Beatrice Fihn
Three Stark Choices Proposed for the Future of UN Peacekeeping in Mali
THIS WEEK @UN
Trending UN News: Week Ending Jan. 20
Ukraine Drops Its ‘Peace Formula Summit’ Plan to Be Held at the UN in February

Her name is Emine Dzhaparova, not "Dzheppar". That she is…