This week we celebrate the 75th anniversary of the United Nations, as the Covid-19 pandemic highlights our interdependence and the need for global cooperation. Enthusiasm for it, however, is in short supply amid deteriorating Washington-Beijing relations, Brexit and rising populisms. Throughout its history, the UN has confronted bureaucratic challenges and radical changes in world politics but none has yet been lethal. With a global depression looming from the pandemic, the planet is hard-pressed to respond to current, let alone future, threats without greater collaboration across borders and more robust, just intergovernmental institutions.

Yet the UN was not built to solve transnational problems unless the most powerful states assented. At this juncture, major and even minor powers are circling the wagons, the very opposite principle required to address existential threats to public health and the human environment. Could an $8 trillion to $10 trillion (or 10 percent) drop in global GDP and accompanying widespread death and deprivation catalyze rethinking the 75-year-old experiment to ensure a centennial?

Is the UN, as a state-based institution, nimble enough to adapt and confront new realities? A short, yet generous, answer is, “not yet.” How can the UN be made fitter for future purposes, especially when change approaches at warp speed? The UN Charter has proven flexible for some altered realities, but adaptation let alone transformation will require creative thinking to help turn the UN tanker. As inveterate optimists, we hold out the possibility for success. As social scientists, we know better than to predict that outcome.

As we argue in our forthcoming book, “The Third United Nations: How a Knowledge Ecology Helps the UN Think” (Oxford University Press, 2021), if the UN and the UN system are to become fitter-for-purpose, or even survive, creative thinking to reimagine contemporary global cooperation will not come from polarized member states or politicized UN secretariats but rather from what we called, in 2009, the “Third UN.” It is the networks of supportive nonstate actors — intellectuals, scholars, consultants, think tanks, nongovernmental organizations (NGOs), philanthropies, the private sector and the media — that interact with the governmental representatives of the First UN and international civil servants of the Second UN to formulate and refine ideas and decision-making for intergovernmental public policy.

Actors in the Third UN are not monolithic; they do not have the coherent definitional identity of the other two United Nations. For many Third UN actors, informing UN decision-making is not their only, or even their primary, mandate; it is, however, essential. Some offer or advocate ideas, others help implement them; many help the UN “think” and influence how we think about the UN. They suggest new information and ideas, push for alternatives and rally public opinion around intergovernmental deliberations. They can also slow progress by using the same methods, but many informed scholars, commissioners and activists have offered ideas and approaches that run counter to the status quo. Moreover, the Third UN can often say what the Second UN cannot or will not.

While rhetorical battles escalate, especially the one between Washington and Beijing, scientific communities worldwide are coming together. “While national leaders play the blame game,” Francis Fukuyama wrote recently, “scientists and public health officials around the world are deepening their networks and connections.” Or as the New York Times noted, “While political leaders have locked their borders, scientists have been shattering theirs, creating a global collaboration unlike any in history.”

Our earlier research in the UN Intellectual History Project demonstrated the UN’s decades-long history of originating, incubating, consuming and disseminating powerful ideas and social knowledge — from human rights to full employment, from climate change to the limits of GNP to measure development. The Third UN as a knowledge system has thus been an important intellectual partner in intergovernmental machinery since the organization’s inception. The three UNs together can be viewed as an evolving and symbiotic knowledge economy whose experience, accumulated over the last three-quarters of a century, has been harnessed with varied success to address some of the world’s most complex challenges.

On his appointment, Secretary-General António Guterres, a former prime minister of Portugal, sought outside expertise: “We will be open to new ideas . . . drawing on and commissioning research and inputs from a wide variety of internal and external sources.” In modest ways, that has happened, but it has not been enough to overcome the challenges of this polarized moment.

Research institutions, intellectuals and epistemic communities worldwide will have to find ways to define new means of global cooperation if governments continue flexing their sovereign muscles amid popular nationalisms. In many ways, research collaborations and conversations are underway; indeed, they exploded around the 75th anniversary. But trends for funding research make the production of necessary knowledge difficult. Philanthropic foundations are increasingly allergic to basic research; previously generous donor governments are pressured by their taxpayers to justify investments in applied research. A growing trend to call on “consultants” and research-on-demand has dire repercussions for independent research design and practice. Donor-driven research and high-impact philanthropy are setting agendas and demanding quick results — often incompatible with the pace and processes of scientific inquiry.

These challenges underline the need for new intellectual coalitions. If the “whole UN” is to reﬂect the complexity of actors necessary to address global problems, what kinds of partnerships are required to respond to pernicious challenges? Does the UN have a comparative advantage in ideamongering? If so, why are so few of its budget resources (at most, 10 percent) devoted to global norms, standards, policy and monitoring? This task looms large in a future defined by speed in the digital age and by interdependence.

The past century has witnessed a marked increase in the number and scope of players on the world stage. The Yearbook of International Organizations calculates that there were 213 entities in 1909 but more than 70,000 some 110 years later. For example, the number of think tanks has grown dramatically in the last 20 years, coinciding with the rise of the knowledge economy. Over half of them are located in North America and Europe, but Asia now registers the fastest growth. The expansion allows — indeed, requires and fosters — a network of global interconnections. Global challenges now have a complex web of international stakeholders working to understand and address them. Moreover, technology has accelerated the nature and speed of the pattern of growing interactions.

Successful international cooperation is perched on a three-legged stool. Member states remain essential, as do international secretariats. However, they cannot ignore the complementary analytical and advocacy skills of actors and mechanisms of the Third UN; government officials and international civil servants simply must collaborate with all the performers on the world’s stage.

That said, the limits of nonstate actors are obvious. Geopolitical constraints are unlikely to dissipate any time soon; nor are we likely to have a UN secretary-general with any degree of independence or much authority. The onslaught against multilateralism is a fact of international life amid our nativist-populist “age” of Trump, Putin, Erdogan, Xi, Modi, Bolsonaro, Duterte, Netanyahu, Sisi, Orban, Maduro and right-wing cabals across Europe and elsewhere. By themselves, nonstate actors cannot eliminate poverty, ﬁx climate change or halt mass murder. Governments will need to take their responsibilities seriously. But the Third UN can — as it has historically — play a significant and expanded role in shaping international public policy and monitoring commitments; the Second UN by itself cannot do either adequately. As we have seen with climate governance, parties in the Third UN are smaller, more flexible, better networked and less bound by constraints that dictate deliberations in official forums.

We are not suggesting the need for more formal mechanisms; rather, a shift to a post-bureaucratic, less hierarchical, more networked organizational policy model that decentralizes thinking for policymaking. We require a culture of evidence and innovation, which is more than digital technologies, as Guterres has advocated. It demands data for decision-making and innovation in how the UN system catalyzes, mobilizes, advocates and consumes evidence.

The most fundamental step in a long journey toward being fitter-for-purpose is to strengthen partnerships among the First, Second and Third United Nations. We write this essay as a lethal pandemic has basically challenged thinking about global governance and how it can be improved. In the midst of an economic calamity and fears about more waves of Covid-19, it is hard to imagine that one needs to make the case for urgently rethinking global problem-solving. But we do. The world has figuratively if not literally shut down. But the 21st century is not the 19th or 20th; there will not be less interdependence and globalization or fewer pandemics. The most urgent task therefore is to reinforce the UN system’s crumbling foundations.

There is a compelling need to strengthen partnerships not just in countries that have been traditional supporters of multilateralism but also challengers to the liberal status quo. The global project to redefine multilateralism must be interdisciplinary and inclusive. The impetus will not come from states; UN secretariats in close collaboration with the Third UN will have to jump into the fray and rethink orthodox notions about what partnerships can make a difference. The underlying principles, approaches and values that shape global governance institutions and norms will be partly determined by who is setting the rules and, more specifically, who is contributing new thinking to help shape and respect those rules. Diversifying the voices inside the Third UN with access to UN policy debates is necessary not only because ideas should reflect the planet’s diversity but also because Third UN actors can help build bridges between pertinent stakeholders. These bridges span secretariats and governments as well as governments and their publics.

A new “research compact” among research institutions, governments, philanthropies and businesses would better harness the potential of the social and other sciences for improving people’s lives. It could help set research agendas, guide funders and encourage more equitable collaborations while mitigating political blowback. A research compact could also be leveraged by Third UN parties across the Global South to mobilize resources at the regional and international levels to help shed light on power imbalances.

The next few decades are likely to bring unprecedented economic, political, social, health and ecological upheavals; they will bring opportunities and complications. New evidence and new insights require questioning shibboleths about what works and does not. When asked about his inconsistencies, John Maynard Keynes remarked: “When I get new information, I change my views. What do you do, Sir?”

Consistency and rehashing formulas from the past amid new problems or new data is the hobgoblin of little multilateral minds wherever they exist — in the First, Second or Third United Nations. 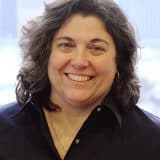 Tatiana Carayannis is Director of the Social Science Research Council’s Conflict Prevention and Peace Forum, and Academic Network on Peace, Security, and the UN.

2 thoughts on “Can the “Third UN” Reimagine Post-Covid Global Cooperation?”