On the 10th Anniversary of Haiti’s Cholera Outbreak, What Has the UN Learned?

Ten years ago this month, Haiti confirmed the arrival of a deadly cholera epidemic that killed more than 10,000 people. The disease — and the United Nations’ response to it — has caused immeasurable harm in Haiti and undermined the UN’s moral standing when it is sorely needed. As victims in Haiti pause to commemorate their loved ones and reaffirm their fight for justice, the UN must compensate victims and ensure stronger accountability in the future.

When cholera broke out in 2010, the source was quickly traced to a UN peacekeeping base where faulty waste management leaked contaminated sewage into Haiti’s largest river. Rather than conduct an independent investigation or respond to the evidence in good faith, the UN denied responsibility, released false statements and discredited people who called for truth. The cover-up compounded the sense of injury in Haiti and became an embarrassment for the UN.

It took six years of lawsuits and civil society-led advocacy campaigns for Ban Ki-moon, the secretary-general at the time, to shift course and publicly apologize for the UN’s role. In doing so, he acknowledged the damage to the UN’s reputation and committed to taking a “new approach” to bring long-overdue assistance to victims. Today, four years later, the plan is funded at only 5 percent, and though elimination of cholera finally appears within reach, the only assistance for victims has taken the form of a few symbolic community projects that are not targeted at addressing victims’ injuries. The lack of follow-through on the new approach and reluctance to provide compensation has further undermined the UN’s standing in Haiti, the region and far beyond.

Victims of UN-caused harms face enormous barriers to justice. The UN enjoys absolute immunity from lawsuits, which is meant to protect the organization from undue influence by national courts. To protect victims’ access to justice, however, the UN has signed agreements to settle civilian claims for personal injury out of court. In the peacekeeping context, such claims are to be decided by an independent claims commission. But so far, no such commission has been established in Haiti or anywhere else in the world, leaving the UN to determine for itself which cases merit settlement. A total of $14 million has been paid to UN agencies for their work in community projects in Haiti.

The cholera travesty has revealed how much access to justice is decided by political interests rather than how much it is governed by law or principle. When cholera victims filed claims for compensation, the UN’s legal counsel dismissed them as “not receivable” without providing a legal rationale. UN officials familiar with the deliberations have pointed out that the decision was driven by pressure from the United States and other influential member states that did not want to pay into a settlement.

The dismissal has been heavily criticized as unfounded in the law. In a report to the UN General Assembly, Philip Alston, a special rapporteur at the time, deplored it as “legally indefensible, morally unconscionable, and political self-defeating.” But without access to courts, victims could not challenge it. Changing the UN’s position required an extraordinary effort by victims, civil society, the media and special rapporteurs to persuade the UN that inaction would be the costlier alternative by permanently scarring its reputation.

When Ban finally launched the new approach, he called it “an important test” for the organization. Four years later, it is clear that the UN has failed the test, mostly because the response was structured to again depend on political will from member states.  Rather than ground the response in an admission of legal responsibility, which would trigger full funding through assessed contributions, the UN Secretariat opted to treat the cholera case as an exercise in “moral responsibility” and seek voluntary contributions. Ban left open the possibility that assessed contributions could be considered if the funds were not forthcoming.

But facing pressure from the US and others, Secretary-General António Guterres chose in 2017 not to push for assessed contributions. This decision has left the cholera response to compete with other humanitarian needs globally, including such crises as hunger in Yemen. The result has been shameful: only five percent of the $400 million that the UN needs to begin to redress the injuries of Haitians has been raised. An effort that had the potential to deliver justice became a paltry act of charity instead.

In a statement issued on the 10th anniversary, Guterres conveyed his sorrow at the suffering caused by cholera but again failed to tie it to the UN’s responsibility. While calling on the world to act, he doubled down on voluntary funding as the sole way forward.

A key lesson from the last four years is that voluntary funding is unlikely to be forthcoming unless the UN accepts legal responsibility and answers to Haitian victims on that basis. Without more principled leadership from Guterres and powerful member states, the anniversary should remind countries that care about rule of law at the UN to act in this corner of the Western Hemisphere. Haiti and the UN need them to stand up for ensuring that human rights are truly meant to be respected for all.

DEMOCRACY DOES NOT WORK WITHOUT HIGH-QUALITY JOURNALISM: PLEASE DONATE TO PASSBLUE, A NONPROFIT MEDIA SITE BASED IN NEW YORK CITY 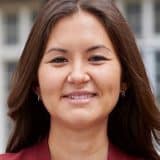 Beatrice Lindstrom is a clinical instructor and lecturer on law in the International Human Rights Clinic at Harvard Law School. She previously served as the legal director of the Institute for Justice & Democracy in Haiti, where she led advocacy and litigation to hold the UN accountable for introducing cholera to Haiti. 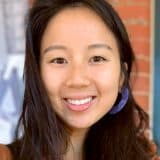 Joey Bui is a J.D. candidate at Harvard Law School and a clinical student in the International Human Rights Clinic.