Pakistan is where I’ve had some of my favorite Christmases. Founded as a Muslim state by Muhammad Ali Jinnah, the nation honors his birthday on Dec. 25 as a national holiday. “Merry Christmas & Greetings on Quaid-i-Azam Day” were frequent email greetings I received when I lived there as a diplomat.

As our Covid-Christmas approaches and the media report that people are missing their traditional Christmases, I’ve been remembering with much pleasure the many Christmas days I’ve enjoyed around the world far from home, the United States. These memories also remind me how much diplomacy connects people and its infinitesimal range of potential for good in the world.

Some of my happiest Christmases occurred when I was a journalist, covering stories of global diplomacy across the world, or later living as a diplomat in nations where Christianity was not at all a major religion: Yemen, Syria, Saudi Arabia, Algeria, Sudan, Iraq, Egypt and, of course, Pakistan. Why? The kind, hospitable Christmas greetings from Muslim nationals and the welcoming communities of the small minority Christian churches and Christmas gatherings all established unforgettable bonds for me with a range of people in each country.

In all of these places, on religious occasions of Muslim Eid celebrations and Christian observances, I participated in and enjoyed the mutual embrace and respect of what can be called “holiday diplomacy.”

Which brings me back to Karachi in 2009, when that Christmas day was on a Friday, as it is this year. Like this year, I had not really expected to have much of a Christmas celebration but was joyfully surprised.

At the time, I was a public-affairs officer in the US Consulate-General in Pakistan’s largest city, Karachi. In an earlier assignment to Pakistan as press attaché and spokesperson at the US Embassy in the capital, Islamabad, I enjoyed Christmas days in both 2006 and 2007 over special Pakistani dinners with good journalist and architect friends’ welcoming international friends and Pakistanis for the occasion.

Sadly, though, the once-happy memory of the 2007 Christmas and Jinnah birthday holiday was horrifically tarnished by a tragedy two days later — the assassination of former Pakistani Prime Minister and a friend, Benazir Bhutto, on Dec. 27 in nearby Rawalpindi.

Tragically, Pakistan had long been rocked by assassinations and horrific bombings, including two at the US Consulate building in Karachi in 2002 and 2006. The bloody bombing of the Protestant International Church inside the Islamabad Diplomatic Enclave in March 2002 had caused the US diplomatic mission in Pakistan to order that no American diplomats could attend religious services at outside sites. Thus, in 2006 and 2007, while posted in Pakistan, I and others did not attend Christmas services at churches, according to security orders.

Then in 2009, when I was back again in Pakistan and had just participated in successful US Consulate-diplomatic missions to Quetta and Gwadar in Baluchistan, where previously there had been security orders against visits by US diplomats, I asked for special permission to attend a Christmas service at the Church of Pakistan’s Holy Trinity Cathedral, built by the British in 1855, in central Karachi. I always pushed the fortresslike limits in high-threat posts to go out and diplomatically represent my country. That year, I also wanted to attend a Christmas church service.

Permission granted: I could go that Friday morning, Dec. 25, in an armored vehicle with a plainclothes gunman and mobile police to depart my compound at 8:50 a.m. to be driven to Karachi’s Holy Trinity to attend a Christmas service. I’d learned there would be an English-speaking liturgy scheduled for early that morning, before the regular Urdu-language service. My bodyguard stood in the back of the church while I attended the service.

At the end of the traditional Christmas Day ceremony, a lovely, older Pakistani woman in the pew in front of me turned to exchange “Happy Christmas” greetings before we stepped into the aisle and greeted everyone else. During the service, I had been admiring her beautiful Pakistani English accent as we had voiced the universal words of the Episcopal Book of Common Prayer and sung old hymns.

That Christmas afternoon, as a guest at the traditional, celebratory Dec. 25 luncheon with festive Christmas decorations at the old Sind Club in Karachi, my Pakistani hosts told me more about the man for whom this day was always a national holiday in their country.

“Respectfully named in Urdu ‘Quaid-i-Azam’ or ‘the great leader’ in English, the founder of Pakistan, Muhammad Ali Jinnah, wanted to build a nation in which all religions would be respected, and no citizen would be discriminated against for having a different religion,” explained one of the hosts.

Leaving the Sind Club after a great buffet of traditional British-American Christmas turkey dinner and roast beef along with Pakistani curries, I felt thankful for already having such a special Christmas Day. Yet later that afternoon, the US Consul General also invited all the relatively small staff of American diplomatic officers for celebrations around his Christmas tree in his residence. It was still among the grand old buildings bought by the first American Embassy in Karachi soon after Pakistan’s founding, when the city was the capital before Islamabad was built.

On that Christmas in 2009, there was more to come. “Please come to my house for a party to celebrate your Christmas,” a good Pakistani friend had written, inviting me for dinner the night of the 25th. I asked the friend, a great civic leader and rights activist, who I knew was a Muslim, about having such a party. She said simply that she and her family wanted to make this day special for my holiday, too.

I’ll never forget my surprise that night when my friend opened the front door to her beautifully decorated house and said: “Welcome, dear Liz. Happy Christmas. Please come in and meet my family and friends, many of whom you already know.” She turned to introduce the older lady who was standing beside her and said: “This is my dear Mummy. This is my friend Liz, the American diplomat. Welcome to our house.”

My friend’s mother was the same woman in the pew in front of me at church that morning. In the tradition of the Pakistani founder’s idea of people of all religions coming together in the nation he established, my friend’s father had been Muslim and her mother Christian. Their children and friends made everyone, including me, feel forever welcome in their nation of Pakistan.

Now I’m writing to encourage people across the globe to treasure the uniqueness of this Covid-Christmas and take advantage of opportunities for citizen diplomacy, especially in our virtual world. This is the perfect time to practice the art of holiday diplomacy.

PLEASE DON’T FORGET TO DONATE TO PASSBLUE, A NONPROFIT MEDIA SITE. YOUR GIFT WILL BE DOUBLED THROUGH DEC. 31. HAPPY HOLIDAYS! 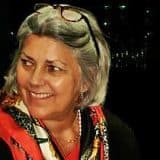