UN Agencies Are Not Exactly Zooming Toward Open Meetings

WASHINGTON — With United Nations entities meeting mostly virtually in the Covid-19 pandemic, it is a good time for more of them to hold open sessions. But no transparency trend has materialized in the nearly yearlong pandemic so far.

Having surveyed 27 core UN organizations to learn whether they conduct open meetings and issue relevant documents, I found that overall, about half (14) hold open meetings of their key decision-making bodies, often known as boards or councils. Twelve of the 14 make their now-virtual sessions viewable online, according to my survey, published in my blog, eyeonglobaltransparency.net. Following a desk review of the UN entity websites, I contacted officials with follow-up questions.

The 13 organizations that hold closed meetings have stuck with their rules in the pandemic.

It is unclear why some entities’ meetings are open while others are not. Security Council meetings? Turn on UN Web TV to watch both the virtual and in-person open sessions. The Council also continues to meet behind closed doors. But meetings of the Geneva-based International Telecommunications Union council? Secret.

You can see the meetings of the UN Development Program executive board, in New York City, but not those of the International Organization of Migration council, in Grand-Saconnex, Switzerland.

There’s no obvious correlation of confidentiality with subject matter.

You might expect the Vienna-based International Atomic Energy Agency, tasked with monitoring highly confidential activities, such as Iran’s nuclear-weapons ambitions, to hold closed meetings. But are they necessary for the World Trade Organization general council or the World Intellectual Property Organization executive board, both based in Geneva?

While Paris Agreement climate change negotiations are conducted substantially in the sunshine, decision-making at the UN Environment Program, in Nairobi, is not.

Among the 14 bodies operating with open meetings are the World Health Organization executive board, the International Labor Organization governing body (both in Geneva) and the Food and Agriculture Organization council, in Rome. Development agencies, like the Washington-based World Bank, opt for closed meetings.

At some bodies, there is more transparency at the committee level than at the top.

For people who are following meetings, it is valuable to know ahead what topics will be discussed and what proposals will be considered. I gathered information on seven indicators of transparency: open meetings, access to providing four types of documents and freedom of information (FOI) policies. On the document front, the news is fairly positive: most of the 27 bodies (24) disclose meeting agendas.

Advance posting of the documents to be discussed at meetings is slightly less common, done by 20 of the 27. After the meetings, virtually all entities release the decision documents and publish some form of minutes.

The advent of virtual meetings, which began soon after the pandemic was announced in March, would seem to ease the relatively simple production of video recordings, but it’s not clear how many UN entities do so. The WHO stands out for posting recordings of its meetings online.

Only 14 of the 27 UN organizations have Freedom of Information policies that enable requests for agency documents. Not setting a good example, the UN Secretariat, where Secretary-General António Guterres presides at the top, still lacks a FOI policy. One UN organization is considering adopting such a policy, the International Maritime Organization (IMO), based in London.

Overall, three UN agencies fall well below average in openness: the International Civil Aviation Organization (ICAO, in Montreal), the International Atomic Energy Agency (Vienna) and the UN Relief and Works Agency for Palestine Refugees in the Near East (Amman, Jordan).

Even though the ICAO and IMO perform similar functions, for the skies and oceans respectively, the latter is more open than the former. In recent years, the IMO has expanded its transparency. Notably, it has encouraged member countries to make their proposals public before council meetings, voluntary actions that have increased the number of documents disclosed.

The concepts of transparency and accountability have been embraced as universal values, at least in democracies, and the UN is constantly reminding media and the rest of the public that these practices are foundations of democratic values. The UN, after all, is financed by its member states, much of it through public money, such as taxpayers’ revenue.

More than 125 national governments have FOI policies, helping to guarantee the “right to receive information,” as protected in Article 19 of the Universal Declaration of Human Rights. The UN’s Sustainable Development Goals include passing and implementing FOI laws. Holding open meetings is a logical corollary to providing access to documentary information. The UN Human Rights Council and special rapporteurs for freedom of opinion and expression often recommend transparency for nations.

The same medicine has been prescribed for the UN itself but not everyone is taking it.

This article has been corrected to reflect new developments by ICAO and transparency. 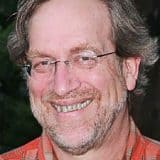 Toby McIntosh’s blog, eyeonglobaltransparency.net, is focused on access to information at international organizations. As a former journalist, he covered Washington for almost 40 years; was editor of Freedominfo.org; and is now a senior adviser for the Global Investigative Journalism Network.

UN Agencies Are Not Exactly Zooming Toward Open Meetings

This article infers that UN agencies have the ability to force countries to adhere to specific levels of transparency. They do not. No UN agency has the ability to force any country to do anything. Countries work diplomatically through the UN to develop binding treaties they agree to uphold themselves, together, and they can only hold each other to account through the UN processes they establish for that purpose.

UN technical agencies are specifically established by countries to help them cooperate diplomatically under specific treaties, and the national diplomats who sit on these agencies’ councils and committees and boards establish rules of procedure and standards of public transparency for their meetings per their own diplomatic discretion and consensus. That this consensus has led to differing precedents agency to agency comes down simply to how a given diplomat at a certain point in time may have been able to drive these changes in procedure among their international peers. And it’s by no means surprising that with so many treaties, covering such varying areas of activity, that 193 countries may have differing views on how transparent they want their dealings to be under each.

UN agencies can encourage national diplomats and ambassadors to be more transparent and speaking for ICAO, I can attest to the fact that we have and do. In November 2020, the ICAO Council formally decided to make its meeting agendas and decisions available on ICAO’s website, and recently that information is now more fully available. For its 22nd Session, which began this week, the Council’s first order of business is now posted.

Progress is incremental, and at times admittedly difficult given the varying attitudes and cultures involved, but it’s progressing. This same practice will be followed for the session taking place now and all future sessions.