Hate Speech and Violence at the US Capitol: Lessons From the Rwandan Genocide

Five-hundred-thousand Rwandans were killed in the course of 100 days in 1994. In its “media case,” the International Criminal Tribunal for Rwanda in 2003 held nationalist Hutu political leaders and media accountable for the false propaganda and promotion of ethnic hatred that led to the genocide of the Tutsi population in the country, convicting the two founders and directors of the infamous radio station RTLM and the editor in chief of the paper Kangura for direct and public incitement to commit genocide.

As one witness testified during the trial, “What RTLM did was to spread petrol throughout the country little by little so that one day it would be able to set fire to the whole country.” Speech has consequences, and the violent insurrection at the United States Capitol on Jan. 6, 2021, thousands of miles from Rwanda and decades after its genocide, vividly illustrates the deadly consequences of false propaganda and hate speech. Will truth and justice prevail in the US?

In Rwanda, the seeds of genocide were planted by the media in the years leading up to the explosion of violence. In 1990, Kangura published an editorial titled “Appeal to the Conscience of the Hutu.” It warned readers that “the enemy” was among them and called on Hutus to “wake up” and to “take all necessary measures to deter the enemy from launching a fresh attack.” There was no attack. The Rwanda tribunal found that the newspaper spread false propaganda designed to sow hatred and instill fear in the Hutu majority using language “clearly intended to fan the flames of resentment and anger, directed against the Tutsi population.”

Like Donald Trump falsely accusing the Biden campaign of doing what he himself was trying to do — steal the election — the Hutu leaders in Rwanda accused the Tutsis of planning to commit genocide against the majority Hutu group, laying the groundwork for their own genocide against the Tutsis. This action was described as “accusations in a mirror” — accuse the other side of committing the crimes that you are committing. This manipulation of the facts enabled perpetrators to feel a sense of legitimacy in undertaking violent action that would not otherwise have been in any way justifiable in their own minds.

Radio RTLM was even more virulent than the newspaper. The Rwanda tribunal found that the RTLM broadcasts were used to mobilize the population, “whipping them into a frenzy of hatred and violence” directed against the Tutsi ethnic group with the message that the Tutsis were the enemy and had to be eliminated.

Trump’s rally at the Ellipse on Jan. 6 has overtones of RTLM. He urged the people gathered before him to go to the Capitol to show strength. He mentioned Vice President Mike Pence as someone who might betray the cause, and a short time later cries of “Hang Mike Pence” filled the Capitol, while outside it the crowd constructed a gallows. Unlike US law, international law is less protective of free speech, recognizing the long-term danger of hate speech.

After the Holocaust, Julius Streicher, a Nazi and member of the Reichstag, was sentenced to death for his newspaper Der Sturmer, which was generally found to have “injected a poison into the minds of thousands of Germans,” causing them to support the extermination of the Jewish people. Even in the US, falsehood and incitement to violence are among the forms of expression that fall outside the scope of free speech protection.

The Rwandan tribunal noted that the groundwork had been laid for genocide before the death of the Rwandan president, Juvénal Habyarimana, on April 6, 1994. “If the downing of the plane was the trigger,” said the tribunal, then RTLM and Kangura were “the bullets in the gun.” In the days following, mobs rushed through Kigali, the capital, hunting down and massacring political leaders. The frantic rush through the Capitol on Jan. 6 with pro-Trump mobs searching for House Speaker Nancy Pelosi and calling for the death of Pence is reminiscent on a smaller scale of the frenzy that spread throughout Rwanda. Many of those who attacked the Capitol on Jan. 6 said they did so because their president, Donald Trump, told them democracy was under attack and that they needed to fight back. They were answering his call, which whipped them into a deadly state of hatred and violence.

Despite the misguided view of absolutists that the First Amendment is a blank check for incitement to violence, accountability is emerging in the US, starting with social media and the belated actions taken by Twitter and Facebook to stop the spread of hatred and lies. The impeachment of Trump is recognition that the former president bears some responsibility for the attack on the Capitol. It is recognition of the causal link between the mobilization of fear and anger and the fatal action that so readily follows. The Senate will decide whether to hold Trump responsible for what happened on Jan. 6, in which five people, including a police officer, died. The assault was built on the lie that President Biden stole the election that Trump was trying to steal. Hopefully, truth and justice will prevail. 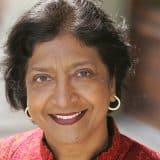 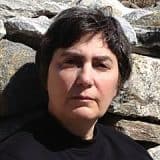 Jessica Neuwirth is the Rita E. Hauser Director of the Human Rights Program at Roosevelt House Public Policy Institute, Hunter College, City University of New York. As senior legal officer at the International Criminal Tribunal for Rwanda in 2003, she led the drafting team for the judgment in the Media Trial.

Hate Speech and Violence at the US Capitol: Lessons From the Rwandan Genocide