The UN Must Select a Woman Secretary-General Now, Not Later

António Guterres, the United Nations secretary-general, announced early last month that he would seek a second five-year term, starting in January 2022, as the organization’s highest official, “if it would be the will of the member states.”

The respective presidents of the General Assembly and the Security Council have since defined the “selection and appointment process,” as they refer to it, to choose the next secretary-general this year and formally kickstart the procedure through a joint letter they sent to the 193 member states, soliciting candidates.

Besides Guterres, the incumbent, only one person, a UN Development Program staffer, has announced her candidacy so far. Her attempt may be a long shot, however, as she has no endorsement yet from her country, Canada (where she holds a passport) or from India (where she was born), which is a traditional requirement. Yet Arora Akanksha is moving ahead, having sent a letter declaring her intention to run to Volkan Bozkir, the president of the General Assembly, as required. Her letter was received, Bozkir’s spokesperson confirmed on Feb. 22, but she still needs to send her resume, he added.

Additionally, the Honduras ambassador to the UN, Mary Elizabeth Flores Flake, wrote a letter to her fellow diplomats on Feb. 3, 2021, inviting “you and the States you represent, to look genuinely at your commitments to the United Nations and present women candidates . . . .”

The International Human Rights Commission, a nongovernmental organization, tweeted on Feb. 17 that it would announce a candidate as well, but has not said anything since. So this may be a race of civil society candidates and others rather than nominations from member states.

Until 2016, the selection of a secretary-general by the five permanent members of the Security Council — Britain, China, France, Russia and the United States — was characterized by a complete lack of transparency. In 2016, a new practice pushed by civil society groups aiming to end the old ways and organize a serious open competition was begun. The goal? To select a secretary-general for the 2017-2021 term and thereafter based on merit.

The selection process, which took place throughout 2016, was much more transparent than ever before at the UN. The seeds were planted in December 2015, when the General Assembly president, Mogens Lykketoft, a Dane, and Samantha Power of the US, president of the Security Council that month, wrote a joint letter to the member states. In the letter, they not only defined key criteria for the next secretary-general — proven leadership, managerial abilities, extensive experience in international relations and strong diplomatic, communication and multilingual skills — but they also encouraged nominations of female candidates.

A total of 13 candidates were nominated by their countries, of which 7 were women. Equality Now, the global advocacy group, launched a campaign to elect a woman as secretary-general. All 13 candidates presented their platforms and answered questions in public dialogues at the UN as well as openly campaigned in other forums. Over the year, the Security Council held a series of secret straw polls, whose results were instantly leaked to the media throng waiting outside the chamber.

Guterres of Portugal, a former UN Refugee chief and prime minister, was approved by the Council in October 2016 and then confirmed by the General Assembly.

The 2017 documentary “My Year With Helen,” focused on Helen Clark, a former candidate and ex-New Zealand prime minister who had also run the UN Development Program. The film offered up-close insights into the 2016 process, painting a bleak picture as to its degrees of transparency and integrity. The documentary suggested there was never any level playing field, despite there being many candidates and demands for openness, including a prominent effort led by the 1 for 7 Billion campaign. Indeed, the permanent-five members of the Council defined the outcome pretty much from the start. The 1 for 7 Billion campaign is the only civil society voice so far striving for a transparent process this year, while an incumbency complicates the process. Code Blue, a nongovernmental organization, has proclaimed, “No second term for Guterres.”

The question is: Will UN member states invest in a serious, criteria-based, transparent process and try to improve on the attempt in 2016?

Certainly, Volkan Bozkir seems committed to securing an inclusive process. His office has set up a website where all key documents and candidates’ names are to be published and a clear timeline for the stages of the selection process is outlined.

Every secretary-general since 1961 has won a second term, except for Boutros Boutros-Ghali, an Egyptian who was vetoed by the US in the 1996 decision. Old habits die hard: China confirmed its support for Guterres, before the formal process began. Prime Minister Boris Johnson “warmly welcomed” Guterres’s announcement immediately. Linda Thomas-Greenfield, the new US ambassador to the UN, has stayed mum on the topic, probably because she was just confirmed by the US Senate. France and Russia have been quiet.

This race is not about achievements or the possible lack thereof of Guterres. It’s about the principle that deep into the 21st century, it is unacceptable to have a few UN member states wheel and deal to pick one of the most important jobs in the world — a function representing “We the peoples,” the inspirational start of the UN Charter preamble.

In 2020, the leaders of UN member states confirmed their commitment to Agenda 2030 and the Sustainable Development Goals. It is crucial that the UN lives up to its promise to promote peace, dignity and equality for a healthy planet by 2030; and it is more vital than ever in the pandemic that the UN practices what it preaches to retain credibility in the world, especially as people distrust multilateral organizations and their leaders.

The next secretary-general should be a mature captain who cherishes transparency and accountability and displays a positive leadership style — who is also unafraid of talking to the media, big and small; who is willing to step outside the UN bubble to get to know the public. As a woman has never led the UN in its 75 years and as louder calls are being heard for female leadership at the top of institutions, it would be logical for the respective presidents of the Security Council and the General Assembly to explicitly state their wish for countries to propose female candidates.

It’s one thing for Guterres to remind everyone how much he has promoted gender equality at the UN and beyond, but it’s another thing for the world to see a woman in charge.

Unless there is a fair chance of success, it is unlikely that many women will step forth, which may be fine for the patriarchy. 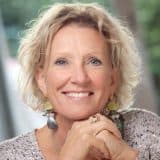 Simone Filippini is the president of Leadership4SDGs, a nonprofit organization based in the Netherlands. She is a former ambassador and a former chief executive of Cordaid.

2 thoughts on “The UN Must Select a Woman Secretary-General Now, Not Later”