The UN Should Adopt a Seventh Official Language, for the Deaf

While recently attending a virtual tour of the United Nations Office at Vienna, I was astonished to learn that the translation services did not include sign language interpreters. There are six official UN languages — Arabic, Chinese, English, French, Russian and Spanish — that provide “clear and concise communication on issues of global importance,” according to the UN. With one billion people, or 15 percent of the global population, living with a disability, the world body should consider adding sign language as the seventh official language to its spoken communications.

When the General Assembly proclaimed Sept. 23 as the International Day of Sign Langauge, it pledged to do “nothing about us without us” in working with deaf communities.

The UN website describes in detail the importance of multilingualism and a multicultural approach to amplify communication at the UN, ensuring “greater effectiveness, better outcomes and more involvement.” Even in the Covid-19 pandemic, the UN strives to provide high-quality conference services to all member states, members of civil society and virtual visitors to its four main locations: New York City, Geneva, Vienna and Nairobi, making simultaneous interpretation available in the six official languages. However, synchronous captioning services are generally available on the screen for participants attending in person but not for those attending livestreamed meetings on UN WebTV. In fact, none of the archived videos posted on WebTV have captioning, which makes them inaccessible to people with hearing impairments.

The shared framework for action of the Sustainable Development Goals, adopted in 2016, was designed to address inequalities and “encourage respect for human rights, including the principle of equality and non-discrimination for all people.” This should include people with disabilities. Article 9 of the Convention on the Rights of Persons With Disabilities, adopted in 2016 and ratified by 182 member states, specifically addresses accessibility and affirms that people with disabilities should “live independently and participate fully in all aspects of life.”

In addition, the 2030 Sustainable Development Agenda, adopted by all 193 member states in 2015, pledged that “no one will be left behind” and that everyone should recognize “the dignity of the human person is fundamental.” The UN must be a model of accessibility and inclusion for anyone who wants to participate in a public discussion. It should set an example for reducing communication barriers. Presumably, if a participant to a meeting requests certain accommodations in advance, arrangements could be made to ensure adequate access to it. However, if provisions were made to have six official UN languages available to UN participants regardless of whether they will be needed for all meetings, the same provision should exist for people requiring sign language services.

The UN could also alternate the five sign languages based on the Security Council nonpermanent members‘ rotation, which changes every year. Another way to incorporate sign language could be to add a local one to each of the four main UN global locations: New York City, Geneva, Vienna and Nairobi. In this day and age, no one should be left behind.

We welcome your comments on this article.  What are your thoughts? 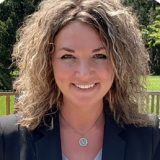 The UN Should Adopt a Seventh Official Language, for the Deaf

I am shocked that Sign Language is not one of the languages of the United Nations. The Deaf culture is living throughout the world and I have always felt that if one universal language ever to be agreed upon would be Sign Language, for it is the most beautiful of all languages. Considering the number of people who are fluent in it, teaching could be done equally throughout the world without any country arguing bias.