A Latin American Pact on the Environment Is Picking Up Speed, but Brazil and Others Need to Ratify It

RIO DE JANEIRO — Regional cooperation in Latin America and the Caribbean is declining, with intergovernmental organizations, such as the Organization of American States and Mercosur, nearly paralyzed or underperforming because of political divergences among member states, weak commitments and lack of resources. Yet despite these setbacks, a promising initiative is gaining space in the Latin American agenda: the Regional Agreement on Access to Information, Public Participation and Access to Justice in Environmental Matters — the Escazú Agreement.

The pact is named after the place where it was adopted in 2018, in Costa Rica. It aims to guarantee the right of current and future generations to a healthy environment and sustainable development. But the achievement reached at Escazú cannot be taken for granted. It needs more countries, including Brazil, to ratify it and for Latin American civil society to breathe new life into the fight for socioenvironmental justice and climate action in the region.

Escazú originated at the United Nations Conference on Sustainable Development, Rio+20, held in Brazil’s second-largest city. The agreement is legally binding and foresees mechanisms aimed at strengthening environmental democracy through public participation in environmental decision-making processes, prescribing incentives and providing environmental information to groups that may lack access to such channels.

In addition to the countries in the region, UN bodies and representatives of civil society participated in the drafting process. The negotiations produced specific progressive obligations, such as ways to ensure a safe environment for activists against physical attacks. In this regard, Escazú can help mitigate the obstacles linked with the struggle for human and environmental rights in the region, where high levels of violence occur, including murders of environmental and climate activists.

These challenges have intensified regionally in recent years, especially in Brazil, home to the largest portion of the Amazon. A report published in 2020 by the nongovernment organization Global Witness, “Defending Tomorrow: The climate crisis and threats against defenders of the environment and the earth,” points to a record number of environmental activists murdered in 2019 globally. Brazil was in third place, with 24 dead, 10 of whom were Indigenous people.

In 2020, according to the Pastoral Land Commission, 18 murders were committed in conflicts in rural Brazil. One such killing occurred in January 2021, when Fernando dos Santos Araújo, a Black peasant and the only survivor of the Pau D’Arco slaughter, the massacre of 10 workers during a police action at Fazenda Santa Lúcia, in the Amazon state of Pará, in 2017, was executed at close range even after he had joined the federal witness protection program.

Violence against activists and advocates is part of Brazil’s record number of fires in a decade and the largest peak of deforestation in the Amazon in the last 12 years. While spaces for civic participation in formulating public policies are being reduced, the government is promoting the scrapping of public institutions, including environmental inspection bodies, such as the Brazilian Institute of Environmental and Renewable Resources and the Chico Mendes Institute for Biodiversity Conservation. Communities and environmental advocates on the frontlines suffer the most from the dismantling.

A major challenge, however, concerns denialist narratives on science and climate change. Besides a discourse defending national sovereignty that weakens international cooperation, including a regional dimension, the negativism adopted by the Brazilian government may jeopardize the attempt to build sustainable alternatives represented by Escazú.

Although the agreement was signed by Brazil during the administration of President Michel Temer, the current government, under Jair Bolsonaro, has shown no signs of ratifying Escazú. That may be because the government promotes exactly what the agreement seeks to combat: the lack of transparency, the reduction of civil society participation, the criminalization of activists and robust budget cuts for environmental agencies, including those provided in the 2021 annual budget bill.

It is up to Latin American and Caribbean players, especially from civil society and the private sector, to create a transnational network that pressures governments in the region, including Brazil, to adopt steps to guarantee environmental and climate justice, including through international cooperation. The Escazú Agreement offers a rare opportunity to do so.

PASSBLUE PRODUCES ITS AWARD-WINNING JOURNALISM THROUGH THE GENEROSITY OF ALL OUR READERS. IN THE LAST 10 YEARS, WE RECEIVED DONATIONS FROM THOUSANDS OF INDIVIDUALS ACROSS THE WORLD. THANK YOU ALL VERY MUCH! 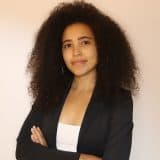 Gabrielle Alves is a researcher at Plataforma CIPÓ, an independent institute based in Brazil and dedicated to studies on climate, governance and peace.