The OECD Recognizes the UN Secretariat’s Central Role in Development

For 60 years, the Organization for Economic Cooperation and Development has measured money flows to developing countries. It adopted the benchmark standard for foreign aid, which it coined Official Development Assistance — or ODA — in 1969.

In 2020, the OECD Development Assistance Committee, a forum of 30 member states overseeing ODA standards, made a decision that could have a lasting effect on how donor countries perceive the work of the Secretariat of the United Nations. By determining that nearly half of the UN’s core budget qualifies as ODA, the committee sent a clear message that Agenda 2030 and Secretary-General António Guterres’s reforms mean that the Secretariat now plays the central role in overseeing and coordinating development work across the UN system.

Official development assistance is considered the “gold standard” of foreign aid statistics. Not all aid or financial flows qualify as ODA. They count that way only if they meet strict requirements: the funds must be provided by the official sector of the committee member states; they must be on concessional terms (i.e., grants and soft loans); their beneficiaries must be an ODA recipient as defined by the OECD; and the funds must be administered to mainly promote the economic development and welfare of the country receiving them.

Yet measuring how much multilateral institutions and their agencies promote the economic development and welfare of developing countries is not easy. This is particularly difficult for multilateral agencies with broad mandates in which not all of their activities meet the criteria for ODA eligibility. Many international organizations have normative functions or service intergovernmental processes that do not qualify as ODA.

The Development Assistance Committee decided to assess the ODA eligibility of core contributions by examining each agency’s mandate and activities. The committee then determines a coefficient to be applied to funds flowing to the agency, which decides the share that is eligible for ODA (e.g., a coefficient of 50 percent means that only half of the core budget of such an organization counts as ODA). As examples, the coefficient of the UN Framework Convention on Climate Change is 61 percent, the World Health Organization is 76 percent and the Food and Agricultural Organization is 83 percent.

Some UN agencies have advocated to the committee an increase in their coefficient because it better reflects the results of their work and ensures an accurate picture of member-state contributions to development through the multilateral system (DCD/DAC/STAT(2009)6). This approach may be driven by the sense that ODA-eligible funding from donor countries is more reliable and stable than non-ODA funding.

With a wider mandate than any other international organization covering peace and security, international law, conference management and human rights as well as development and humanitarian work, the coefficient for the UN Secretariat has been particularly difficult to get right. Initially, the committee determined a coefficient of merely 12 percent for the UN’s core budget, increasing it marginally to 18 percent by 2013 — justified by doing so that the Secretariat’s work remained largely in the domain of conference management, diplomacy and global norms-building.

This justification drew criticism from some parts of the expert community that claimed that the OECD’s methodology had not taken account the full range of activities performed by the secretary-general benefiting developing countries.

Last year for the first time, the committee did a detailed examination of the work of the Secretariat and subsequently raised the coefficient of the UN program budget from 18 percent to 47 percent, leaving the door open to upward revision in the future. In practical terms, this means that nearly half of the assessed contributions by committee member states can now be recorded as ODA. This recognizes the Secretariat’s important role in coordinating the Sustainable Development Goals and acknowledges the paradigm shift flowing from the secretary-general’s reforms.

The UN has been tremendously burdened financially in recent years as mandatory assessed contributions from member states arrive later than ever. It remains to be seen whether the new change will help alleviate some of this pressure, since many donors find it easier to fund ODA than non-ODA resources. Moreover, it could have an effect on the willingness of major donor countries to provide additional extrabudgetary contributions to the Secretariat. It could also help open possibilities for revisiting how the UN funds the resident coordinator system.

When Guterres’s reforms were introduced in 2018, he argued strongly that assessed contributions were the best way to ensure the stability of funding for the revamped resident coordinator network and the Development Coordination Office. But he was only partly successful, as only a small proportion of the cost for these two operations comes from assessed contributions. This still leaves the UN’s vital work in coordinating its development activity susceptible to funding shortfalls.

The committee’s decision to increase the coefficient of the UN Secretariat is an important step toward modernizing ODA but more needs to be done to take into account the advent of the Sustainable Development Goals. ODA does not include private donations, private-sector funding, foreign direct investment, remittances or flows between developing countries. South-South cooperation is therefore excluded in its entirety. The measurement has drawn criticism for those limits as the focus shifted to an SDG world.

The OECD has tried to respond to the criticism by developing new measures through the concept of Total Official Support for Sustainable Development, which monitors official resources, including private finance garnered by official interventions, in support of sustainable development. Yet so far, the new measure does not have the stature of ODA.

More important, donor countries have a long way to go to meet their commitments for development assistance, pledging to contribute 0.7 percent of gross national income as ODA in the early 1970s. Fifty years later, only five countries have reached this target: Britain, Denmark, Sweden, Norway and Luxembourg.

The views expressed in this op-ed are the author’s and not institutional opinions of Konrad-Adenauer-Stiftung. 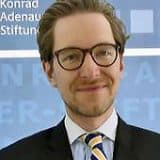 The OECD Recognizes the UN Secretariat’s Central Role in Development