For Myanmar, Why Not Send an Asean/UN Civilian Monitoring Mission?

This weekend, Asean will be deliberating on possible courses of action regarding Myanmar. Across the country, brave people, many of them children, are being murdered daily; health services are ceasing to function in the middle of a pandemic; the economy is collapsing; and every well-informed analyst predicts only a future of deepening civil war, chaos and further outflows of refugees.

The United Nations Security Council has no prospect of agreeing on any form of effective action. Even the measures called for by its most concerned members — sanctions, accountability — would have little early prospect of stemming the daily killings and detentions. It is time to move beyond well-meaning cries that “something must be done” and plan toward an approach that measures up to the immensity of the crisis.

This requires a form of international presence in Myanmar that could make a difference on the ground. We are not advocating a military intervention: no nation or group of nations would be willing to undertake this, nor would it be authorized by the Security Council — and indeed, given the track record of military interventions, we would not favor this. But a civilian protection presence on the ground in Myanmar will be essential to gaining the space for its future to be peacefully negotiated.

How could something that seems so far from current reality be brought about? It should begin with a growing call from all international and regional bodies, and from Myanmar’s neighbors, for a complete cessation of violence. Along with this, all parties in Myanmar should be called on to request or accept an international civilian protection mission. While the Committee Representing the Pyidaungsu Hluttwa and the National Unity Government are not the exclusive representatives of all Myanmar’s people, they have important legitimacy.

Those taking part in the street protests have been admirably slow to turn to violence and would heed a call to return to fully peaceful political activity if the Tatmadaw ceased its murder and repression. The Ethnic Armed Groups differ in the cease-fire arrangements that prevailed before the coup and their attitude since to the junta; one by one, they would have to be persuaded to agree to monitoring of a simultaneous cessation of armed action.

The last to be persuaded to desist from violence and to accept an international presence would, of course, be the Tatmadaw. The objective therefore should be to build up pressure on them, and to seek their reluctant acquiescence — perhaps under an eventual leadership that is less motivated by personal ambition, and seeks a way out of a situation it has been compelled to recognize it is unable to control.

The most important pressure would come from the region. China is no enthusiast for international intervention, but the proposed approach is one that respects sovereignty by seeking the consent of all Myanmar parties — and China has the greatest interest in the stability of its neighbor. Asean countries need to head off the collapse into chaos of one of its members, and to seek to stem the refugee outflow into Thailand and elsewhere. Bangladesh should support an approach that could enable the eventual return of Rohingya refugees.

The region, especially Asean, has to be to the fore in any such civilian mission. It should receive a Security Council mandate, and UN experience and funding would be essential. Why not conceive a joint Asean/UN mission? There is a little-remembered precedent of a kind, in the joint Organization of American States/UN International Civilian Mission, deployed to Haiti at the request of an elected president in exile with the acquiescence of a de facto military regime.

Nepal’s Maoists joined the civil society call for human-rights monitoring towards the end of a civil war before the then government was persuaded to accept it. Neither situation approaches the scale of the challenge of Myanmar, or of the deployment that would be required. But increasingly, the call at the UN is for innovative approaches to peace operations and cooperation with regional organizations. Asean and the UN would be building on the tripartite operational cooperation they achieved in their humanitarian engagement in Myanmar after Cyclone Nargis.

Many will say that our proposal is wildly unrealistic, and our own UN experience teaches us not to be naïve about how difficult it would be for the political conditions to be met, within the international community and among the Myanmar parties. But what seems unrealistic today may come to be seen as the only way to address a crisis of what is already a failed state, which is only going to become ever more acute. It could become realistic if the widespread horror at today’s killing, and understanding of the implications of state collapse, are the beginning of serious consideration of international and regional action to address them.

This essay was originally published in the Bangkok Post. 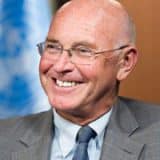 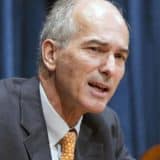 Charles Petrie is a former UN assistant secretary-general, UN representative to Myanmar (2003-2007) and coordinator of the Myanmar Peace Support Initiative (2012-2016).

2 thoughts on “For Myanmar, Why Not Send an Asean/UN Civilian Monitoring Mission?”