Anastasia Dragon Nezeriotis — Anne to her colleagues and friends — died in Clearwater, Fla., 25 years ago last month. A native of Lynn, Mass., she was a teacher at Lynn English High School, her obituary said. She married George Nezeriotis in 1957, but before all that she had a front-row role in the early days of the United Nations. Few people would remember her now, though you can find a handwritten note by her in blue ink in the upper-left margin of what is arguably one of the more important documents of UN history: the 1951 press release announcing the ratification of the Genocide Convention.

Anne Nezeriotis was born in 1911, the daughter of Greek immigrants, according to genealogical records. Her mother died of influenza during the 1918 pandemic, leaving her father, a shoemaker, to raise five young children on his own, according to her niece Terri Mikszenas. As a girl in Lynn, Nezeriotis showed strong academic aptitude early on; in grade school, she wrote to the Bird Lore, the magazine of the Audubon Society at the time, and introduced herself as “a member of the Audubon Bird Club of the Shepard School, Lynn, Mass.”

“This year we have found a Robin, a Wren, and a Sparrow which were lost from their nests,” she reported. “We brought them into the schoolroom and our teacher told us how to feed them.”

“We have made some real pretty story-books on birds,” she added, “telling what we know about the birds we had watched.” A few years later, at Boston University’s College of Practical Arts and Letters, she led the Writers Club and became editor of its literary magazine, Varia. In 1935, she was class valedictorian.

“I can’t imagine how a motherless child, daughter of a shoemaker, could be so determined to become so educated and worldly,” Mikszenas told me recently, “but here you are writing about her long after her passing.”

“My aunt was a beautiful woman and was way ahead of our times,” Mikszenas said. “She forged ahead for women’s advancement and encouraged me always.”

Around 1944, Nezeriotis met Gen. Carlos Romulo, an accomplished journalist from the Philippines who was the aide to Gen. Douglas MacArthur, and she became Romulo’s private secretary. In October 1944 — days before the Battle of Leyte, the beginning of the long, violent liberation of the Philippines led by MacArthur — Nezeriotis was the guest speaker of the Newton (Mass.) Zonta Club. She discussed the ties between the United States and the Philippines and the Philippines’ march toward independence — “in 1946, or sooner, if conditions permit,” she said.

Over the next few years, as Romulo’s long, illustrious career in global diplomacy took off — he was one of the signatories of the UN Charter and later was president of the fourth General Assembly — Nezeriotis was present at key moments of the postwar period. As Romulo wrestled with the Philippine vote for partitioning Palestine in November 1947, Nezeriotis was there, alongside Romulo’s own family, on the Queen Mary on their way to Geneva for a Commission on Human Rights meeting.

There are photos of her at the UN Conference on Freedom of Information in Geneva in the spring of 1948 and later that year at the third General Assembly in Paris, where the Universal Declaration of Human Rights was adopted. In his 1961 autobiography, “I Walked with Heroes,” Romulo thanked, in particular, “Anne Dragon, who had attended with me many international conferences, had kept a complete file of my correspondence and records from which I drew extensively for my facts.”

The Daily World, a Louisiana newspaper at the time, wrote in 1949 about the fourth General Assembly, “Among the more than 400 delegates and alternates to the United Nations General Assembly, there are only 15 women.” It named four of them, featuring their photographs: Eleanor Roosevelt, the British and Indian delegates and Nezeriotis.

Her work was grueling. “I do not know if I can stick it out much,” she wrote to a friend in 1948. “I have not had a vacation for almost two years. I was in Geneva for more than a month, and I had exactly one day to myself.” But there were quiet moments amid the frenzy of the travels of Romulo and the rest of the Philippine delegation.

“Switzerland was lovely,” she told a friend. “The sun would come over the [mountains] right into my eyes at 6:45 each day. I would be dressed by 7:15 and would walk along the lake before breakfast, simply drinking in the quiet of the lake, the beauty of the [mountains], the fragrance of the spring flowers.”

Sometime during this period, Nezeriotis must have met Raphael Lemkin, the Polish-American lawyer who created the term “genocide” and tirelessly lobbied the international community into recognizing it as a crime and to adopt the Genocide Convention in 1948.

The Philippine delegation was a strong supporter of Lemkin’s relentless efforts. “The Filipinos were so interested in this convention that Senator Jesús Cuenco submitted a draft of a domestic law against genocide in 1947, a year before the assembly in Paris adopted the Genocide Convention,” Lemkin wrote in “Totally Unofficial,” his autobiography.

“This interest can be explained by the fact that the Philippines suffered a great deal under Spanish colonial rule and also in the last war under the Japanese occupation,” he said. Quintin Paredes, a member of the Philippine delegation, “spoke with great feeling in fluent Spanish,” Lemkin wrote, and he helped convince his Latin American colleagues to support the convention.

The January 1951 UN press release announcing the ratification of the convention is among the Raphael Lemkin Papers of the American Jewish Historical Society, in New York City. The Genocide Convention will “formally come into force tomorrow, 12 January 1951,” the release said. The convention required ratification by 20 countries, a milestone reached in October 1950, and was “coming into force on the 90th day after.”

At the top-left margin of this wrinkled, typewritten announcement is a note. “Dr. Lemkin — My warmest congratulations to you and keen admiration. Happy 1951!” It is signed, “Anastasia Dragon, Philippine Mission.” She placed four exclamation marks next to the title of the press release. The UN press release announcing the ratification of the Genocide Convention, 1951. Courtesy of the American Jewish Historical Society.

A few years later, Nezeriotis moved to Greece, her ancestral home, to help refugees. “They are still there, from everywhere in the Balkans, of all social strata and political leanings, but always with no place to go,” she told The Philadelphia Inquirer in 1954. “There are no funds to take care of them. And nobody nowadays wants to take them as immigrants.”

She married George Nezeriotis three years later and moved back to Lynn to teach Spanish in the Lynn English High School. The 1966 yearbook called her “Señora Nezeriotis.”

“In college I had intended to teach either in the Phil[ippines] or in Puerto Rico,” she told a friend in 1948. “Later I thought for a while I would make my home there.”

Instead, she followed a journey to the world’s most important diplomatic stage. “Even the best plans often change,” she wrote.

“Let us make this floor the last battlefield,” Romulo said at the founding conference of the UN in San Francisco, in 1945. In Nezeriotis’s case, the last battlefield was in her own hometown — in a high-school classroom, teaching young people a second language, one of the most basic steps toward international understanding. 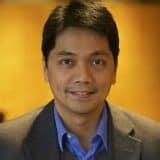 Wow!!! This is remarkable!, Terri, I always knew that you had famous, wonderful genes❤️❤️

A clearly written story about pioneer Anastasia Nezeriotis, a brilliant woman who should always be remembered.

Mr. Tiongson,
Thank you for writing such a great article about my Aunt Anne.

Thank you for reading the article and for your very kind words. Your Aunt Anne was amazing and I hope she is always remembered.