LONDON — On taking his oath of office in December 2016, United Nations Secretary-General António Guterres listed four priorities for his new job, the first combating sexual exploitation and sexual abuse across the UN system.

In contrast, Guterres’s recent vision statement presented to the UN’s 193 member states as part of his candidacy for another term contains some 7,300 words and 11 “imperatives” for action. Yet he mentions sexual exploitation and sexual abuse only twice, in passing. It is hard to escape the sense that this problem is a much lower priority for his second term than it was for his first. Granted, during his current term — from January 2017 through December this year — he had outlined a range of measures to combat the problem as part of his victim-centered “new approach.”

Will this strategy work in his second term — which he is likely to win? And how much progress has been made to prevent and respond to sexual exploitation and sexual abuse since 2017?

The UN defines sexual exploitation as actual or attempted abuse of a position of vulnerability, power or trust for sexual purposes, including, but not limited to, profiting monetarily, socially or politically from the sexual exploitation of another. Sexual abuse is defined as actual or threatened physical intrusion of a sexual nature, whether by force or under unequal or coercive conditions. It therefore concerns a range of behaviors, some of them criminal (such as rape and sexual assault), some only criminal in certain jurisdictions (such as transactional sex or sex involving someone who is 17 years old), and some that are not criminal but require action on the part of a responsible employer (such as inappropriate relationships).

It would be shortsighted, however, to understand sexual exploitation and abuse through the lens of those definitions or that data. Sexual misconduct is about power, and while definitions are vital for prosecutors or employers to use to respond to cases, definitions and numbers do not address the fact that victims face barriers to accessing formal justice and they are too blunt an instrument to understand the power dynamics behind the abuse.

Indeed, the data are misleading. Given how much sexual misconduct is underreported, the numbers do not provide a sense of the scale of the problem, and prosecution or punishment outcomes are difficult to measure because of flawed responses by the UN system.

Rather, we suggest that sexual exploitation and sexual abuse be understood more broadly as an element within the spectrum of sexual violence that takes place in a post-conflict context, where there are significant power imbalances and high levels of impunity. The problem is better approached as a human-rights violation and a form of conflict-related sexual violence.

Our special interest in UN peacekeeping, where many of the UN reforms were first trialed, shapes our analysis, although clearly the issue extends across the entire UN system and beyond.

As an interim step to support victims through legal processes or in instances where they are lacking, the UN adopted the Comprehensive Strategy on Assistance and Support to Victims in 2007. Yet it has never attracted dedicated funding, as noted by the last report on victim assistance in 2015. Aside from new efforts to map national networks of organizations that can provide assistance to victims, it is unclear how the UN’s 2007 strategy has translated into tangible differences for people who have been victimized. This is particularly worrying as, in the words of Guterres, the pandemic has “deepened existing inequalities and exposed those in vulnerable situations to increased risks of sexual exploitation and abuse.”

The UN can point to its range of outreach efforts, including through “theatre, radio and TV programming, SMS-based and social media campaigns [and using] local media” to educate people on what constitutes abuse, but helping victims is significantly underprioritized and under-resourced.

The Victims’ Trust Fund was established in 2016, and it currently has $3.8 million in financial contributions from 23 member states as well as withheld payments by implicated UN personnel. The fund is meant to improve services and community-based projects for victims but only as a limited, symbolic resource. It has also been used for community complaint mechanisms and to provide other assistance to victims. But it is unclear how all the projects directly benefit victims. (It offers its services to people in the Central African Republic, the Democratic Republic of the Congo, Haiti and Liberia.)

For example, the Liberia program appears to be focused on improving literacy among adults through volunteer-led adult education classes. That could certainly complement support and prevention efforts, but what is missing is evidence of a positive impact on victims. Guterres has asked member states to adapt the fund to provide direct cash payments and more help to victims, especially to pursue paternity and child support cases, but these changes have yet to happen.

The creation of the roles of the Victims’ Rights Advocate and Field Rights Advocates to support and assist victims is positive. But this is an incredibly small team of four people in the field, three staff members in UN headquarters and the Victims’ Rights Advocate herself. Additional resourcing is needed to appoint more advocates, as Guterres has requested. Critically, it needs to be understood that promoting respect for the rights and dignity of victims requires far more than the work of this small team. Responsibility needs to be shouldered by an array of relevant parties with appropriate funding.

Guterres reappointed Jane Holl Lute as special coordinator on Improving United Nations Response to Sexual Exploitation and Abuse, increasing the resourcing of her office and her centrality in the executive office of the UN Secretariat. Many of the improvements noted in this essay have been driven by Lute’s office. But in August 2018, Lute was appointed as the UN’s special envoy to Cyprus, giving her two disparate roles to juggle. She has not made any public appearance or statement connected to her sexual exploitation and abuse role since 2018.

Next Step for the Victim-Centered Approach?

The shift in language and policy regarding victims over the past five years is promising and long overdue. The emphasis on the rights and dignity of victims in reporting and investigations processes is positive, as is attention to the special needs of the many child victims. Yet as we discussed above, many of the new aspects in the victim-centered approach seem geared toward fulfilling the aims of the 2007 strategy for victim assistance and support. Is this really sufficient?

One of the UN’s greatest powers is setting standards and establishing global norms. We urge the UN to use that ability to push the idea that accountability means nothing if it does not answer to survivors. The system needs to acknowledge that survivors are more than just victims in a legal process, involving investigating their continuing needs and providing appropriate redress. As for the legal processes: without visible evidence of remedies, it is hard to imagine how victims can trust that their allegations will be taken seriously.

The UN’s response to sexual exploitation and sexual abuse has moved ahead in many ways since 2017. But the approach is still too narrow. Initiatives to meaningfully include survivors in decision-making, particularly through the Field Rights Advocates, show promise but need greater resourcing and leadership.

Therefore, Guterres’s omission of maintaining sexual exploitation and sexual abuse as a key priority for his second term is deeply concerning. In a recent conversation with member states, he took some questions on the problem and was encouragingly firm with countries on their need to uphold their responsibilities. His responses, however, lacked new substance. Survivors need his commitment to push for further reforms and unlock more money to make it happen. 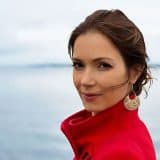 Sabrina White is a Ph.D. researcher at the University of Leeds and an Economic and Social Research Council collaborative partner with UNA-UK.

Fred Carver is an adviser to UNA-UK, where he was the head of policy, specializing in peacekeeping and other topics, from 2016-2020. From 2011 to 2016, Carver ran the Sri Lanka Campaign for Peace and Justice, an NGO that advocated for peace in Sri Lanka based on justice and accountability for crimes committed in the civil war. Carver has a master’s degree in Asian politics from the School of Oriental and African Studies (SOAS) and started a Ph.D. at Kings College London on the effects of urbanization on political violence in Pakistan.