Her Personal Mission: Helping to Release Yemen’s Prisoners in Its Continuing War

CAIRO — “They dug a hole in the ground, threw us in and shot at us randomly. I only survived because a body laid on top of me. Al Qaeda has my friends — please help me save them.” With those words, 13-year-old Adel barged into my office in Sana, Yemen, in 2015, and introduced me to the country’s detainee crisis, sending me on a mission that has changed my life. In the process, I have helped to free some 1,000 prisoners and earn myself a reputation as the “mother” of Yemen’s detainees.

Throughout most of Yemen’s six-year civil war, I have worked closely with detainees and their captors as an independent broker. Now, as the prospect of revived United Nations-led talks have suddenly died down again, but as governments around the world, including the United States, recommit themselves to a negotiated resolution, ending arbitrary detention is emerging as a moral imperative and a practical way to build confidence in the peace process, however slow and balky.

Yemenis themselves, particularly Yemeni women, must be directly involved in this effort not just as beneficiaries of internationally brokered agreements but also as crucial players in negotiating detainee releases, visiting prisoners and securing their freedom.

It is hard to overstate the gravity of Yemen’s detainee crisis, a problem widely ignored by media covering the war. While the precise number of detainees is unknown, the United Nations Group of Eminent International and Regional Experts on Yemen warns that Yemeni civilians are being held by all sides of the conflict — the Houthis and the Yemeni government — without charge for prolonged periods. Journalists and human-rights defenders have been arrested for speaking up against ruling authorities, and innocent bystanders have been captured and used as bargaining chips in prisoner-exchange deals. Amnesty International reports that Yemeni civilians have been given politically motivated death sentences by the Houthis and their allied forces and are being forcibly disappeared and tortured in “black sites” across the country.

In the last year, detainee release emerged as one of the few areas of agreement between the warring parties. On Oct. 16, 2020, the Yemeni government and the Houthi opposition movement completed the largest-ever prisoner exchange between the two sides. The swap, brokered by the UN envoy for Yemen, Martin Griffiths, and the International Committee of the Red Cross, led to the release of more than 1,000 men. I was personally involved in this swap as an adviser to Griffiths on the detainee file. In fact, 417 of the 1,065 prisoners released were the result of local mediation efforts I supported. (Griffiths has been recently named the new head of the UN Office for the Coordination of Humanitarian Affairs and Emergency Relief Chief; he will remain the Yemen envoy until a successor is appointed.)

This release of prisoners was a milestone. But those freed represent just a fraction of Yemenis still jailed. Tens of thousands of people likely remain in secret and known prisons. As the war wages on different front lines, arrests continue, the number of detainees grows and it becomes harder to create leverage on both parties to secure more prisoner releases. We cannot wait and hope that the two factions act on the detainees file through ad hoc meetings; we must do more to prioritize the plight of detainees and secure their release. ‎

The detainees issue is important not only because it constitutes tremendous suffering ‎for those imprisoned and their families. Reaching an understanding on the issue and ‎securing releases is a litmus test for confidence-building between the warring ‎parties. Progress on the matter can be a stepping stone to gains ‎on other elements of contention between the parties and a broader solution to the ‎Yemeni crisis.

The key lies in engaging Yemeni activists and local mediators championing the detainees issue, particularly women. I know that Yemeni women can significantly contribute to the release of prisoners because I’ve done so myself. When Adel sought my help all those years ago, he hoped I would use my grass-roots connections, forged during years of human-rights activism across the Yemeni political spectrum, to save his friends. I quickly got to work.

After hearing Adel’s horrendous account of detention, I established contacts with leaders in numerous military factions, including the Houthis and Al Qaeda, which is terrorizing southern Yemen. I understood the danger inherent in this work. Women human-rights activists often face repression and intimidation, and we are singled out for our gender in our advocacy work.

But I also knew my background and experience were assets, helping me to gain access and build trust. I used my reputation as a respected activist to win over relevant leaders from the Houthis, from the South and from the Yemeni government. Coming from one of Yemen’s best-known families in the North, I gained the respect of critical interlocutors. As the first woman heading an office for a political party in Yemen, the Arab Hope Party, I forged relationships across the spectrum. This helped me to develop some protection that shielded me from threats or retaliation — for a while. Using these assets, my team and I secured unprecedented access to detention facilities throughout the country. From 2015 to 2018, we secured the release of more than 1,000 men and children from all sides of the conflict. We are not alone in our success, and our work continues. Since the beginning of the war, local mediators succeeded in releasing 4,000 detainees.

Across conflicts, women are working behind the scenes to negotiate truces and secure releases. We are risking our lives to free prisoners, and we are often doing so with few resources and little international support. Too often, our success comes at a steep cost.

As I came to learn, gaining a reputation as a defender of detainees, peace and human rights eventually puts a target on your back. I became inundated with violent threats (many of a sexual nature) that forced me to leave Yemen for Egypt. Yet I remain heavily involved in this work and others have stepped in to join the fight. But we cannot do it alone. Local female mediators need the international community’s support, and our integral role in the process needs to be recognized from beginning to end.

If the next phase of Yemen’s peace process is to succeed, its detainee crisis — and the women striving to solve it — must get the recognition and resources that we deserve. 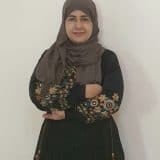 Laila Al-Thor is a Yemeni activist and mediator who is an adviser to the UN envoy for Yemen, Martin Griffiths, on the detainee file. She is also assistant secretary-general and head of the Political Bureau and Relations of the Arab Hope Party, formerly called the Arab Spring Party. She also leads the Sam for Peace and Human Rights Initiative and is deputy chairman of the Yemeni Youth Peace Coalition. She is based in Cairo.

Her Personal Mission: Helping to Release Yemen’s Prisoners in Its Continuing War