As the United Nations Security Council has just officially endorsed Secretary-General António Guterres for a second term, below, there is little regret being voiced publicly among the UN’s 193 member nations that in the organization’s 76-year history, there has never been a woman in charge. And once the General Assembly casts its vote behind the incumbent — most likely on June 18 — Guterres will be heading the UN through 2026. That’s 81 years of male leadership of the global institution.

Surely, the reappointment of Guterres is not because there aren’t many women leaders of high calibre that the UN members could have considered seriously for the post. But this year could have initiated the beginning of a new era for positive progress and fostering more leadership by women. It has been clear in the pandemic that women have not only been working on the front lines of the devastating virus but also that women who lead countries have been showing tremendous dignity, strength, courage and wisdom in battling Covid-19 as it has raced across the world.

So why is the UN not following through on its own campaign for positive discrimination by putting more women in all the important offices and jobs throughout every level of the organization?

The first woman vice president of the United States, Kamala Harris, has said that “ . . . in considering the status of women, especially as it pertains to the participation of women in decision-making, we must also consider the status of democracy. . . . Democracy protects human rights, promotes human dignity and upholds the rule of law.”

Over the last year, women leaders have been both effective and inclusive in their Covid-19 pandemic responses and demonstrated informed decision-making through gender-equal policies and laws. Women leaders of the governments of Denmark, Ethiopia, Finland, Germany, Iceland, New Zealand and Slovakia have provided transparent, empathetic communications in their quick, appropriate responses through all stages of the pandemic catastrophe. In Canada, Ethiopia, India and Madagascar, women medical and public health experts led in daily press briefings and public service announcements. Women mayors, from Banjul in the Gambia to Barcelona, Spain, have been visible to the public in responding to the crisis while also sharing their personal experiences through online platforms.

Women’s leadership during the pandemic has also proved that having empathy and compassion are not weaknesses but strengths in being a leader, especially in a national emergency. When millions of people have been afraid they would die, women leaders showed how to remain calm and send clear communications while instructing lockdown measures. Women have repeatedly showed that they can do politics with great humanity and emotional intelligence. On International Women’s Day, March 7, Guterres tweeted: “Gender equality is a question of power. But equal power will not happen by itself in a male-dominated world.”

Many women politicians, however, have been thwarted with sexism and misogyny. Joana Mamombe, a member of the Zimbabwe parliament, was seized by security officers and taken to an undisclosed destination, where she was subjected to intense abuse and later abandoned at another location. Her “crime” was participating in a pop-up protest and demanding aid for the poor during the pandemic.

Senator Leila de Lima, chair of the Philippines Senate Committee on Justice and Human Rights, was arrested in 2017 and has since remained in detention. She wrote an email, via an intermediary from a Philippine jail, that “the wave of misogyny that interrupted her political leadership was a widespread threat.” Women parliamentarians, especially US Democratic legislators, were publicly denigrated by former US Republican President Trump.

Politics continue to be dominated by men, who hold 75 percent of the world’s parliamentary seats. Yet lower Covid-19 death rates and useful virus-containment policies have been generally seen in countries led by women. Only 24.7 percent of the world’s health ministers are women, and they hold only 25 percent of senior roles in health institutions; yet men make up 72 percent of executives of global health organizations. With women holding fewer leadership roles, they remain under-represented in such other fields as education, economics and social affairs, including child care.

With the incumbent Guterres about to step into a second five-year term, the UN risks incurring the reputation that it is undemocratic, untransparent, hypocritical and outdated. If the UN member states cannot follow through on their own efforts for promoting women to the highest levels, then such failures raise serious questions about the organization’s credibility for gender equity and empowering more women leaders.

Only Costa Rica has spoken up in public, saying at the UN in April that the country “strongly believes that the time has come to select a female Secretary-General. As we all know, for 75 years the Organization has been led by men. We believe that should qualifications among candidates be equal, we should choose a woman. By doing this, we uphold the principle of equality and empower the women of today and tomorrow.”

As world leaders consider the future of the UN — while still marking its 75th anniversary — electing a woman secretary-general would have been a powerful and poignant moment. It would have been the right move, inspiring current and future generations of women and girls that ambition has no boundaries. 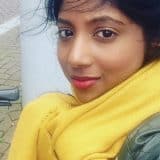 After 76 years of all-male leadership, the UN re-elects its “proud feminist” for a second term. So far, according to this article, of 193 Member States, only Costa Rica has spoken up for women’s equality and the UN’s reputation. The author says that by its action the UN “risks incurring the reputation that it is undemocratic, untransparent, hypocritical and outdated.” There’s no “risk” here. Sadly, the UN has just proved to the world that these are facts!

I am upset with stories regarding G7 summit this week, a CBC article defining a possible D-10 of democratic countries against China. Do you see the whole edifice of the UN’s future being undermined continuously with efforts to do without the UN and answer power struggles with some poorly organized groups of anything but a unified planet earth? The human race is under great peril from its own collapse within the collapse of the environment. Vandana Shiva’s book “Oneness vs the 1%” describes the necessity of unity, and USA insists on its exceptionalism unto planetary annihilation. Joe Biden calls Putin a killer and Putin responds. We have guided missiles and misguided men. (Martin Luther King, Jr.)